The work towards a new Ubuntu release has started. The new Ubuntu 19.04 is expected to be released in April 2019. However, there is no need to wait until then.

If you feel adventurous you can upgrade to Ubuntu 19.04 today. All you need is to have fully upgraded and updated Ubuntu 18.10 Cosmic Cuttlefish at your disposal.

In this How To Upgrade Ubuntu To 19.04 Disco Dingo tutorial you will learn: 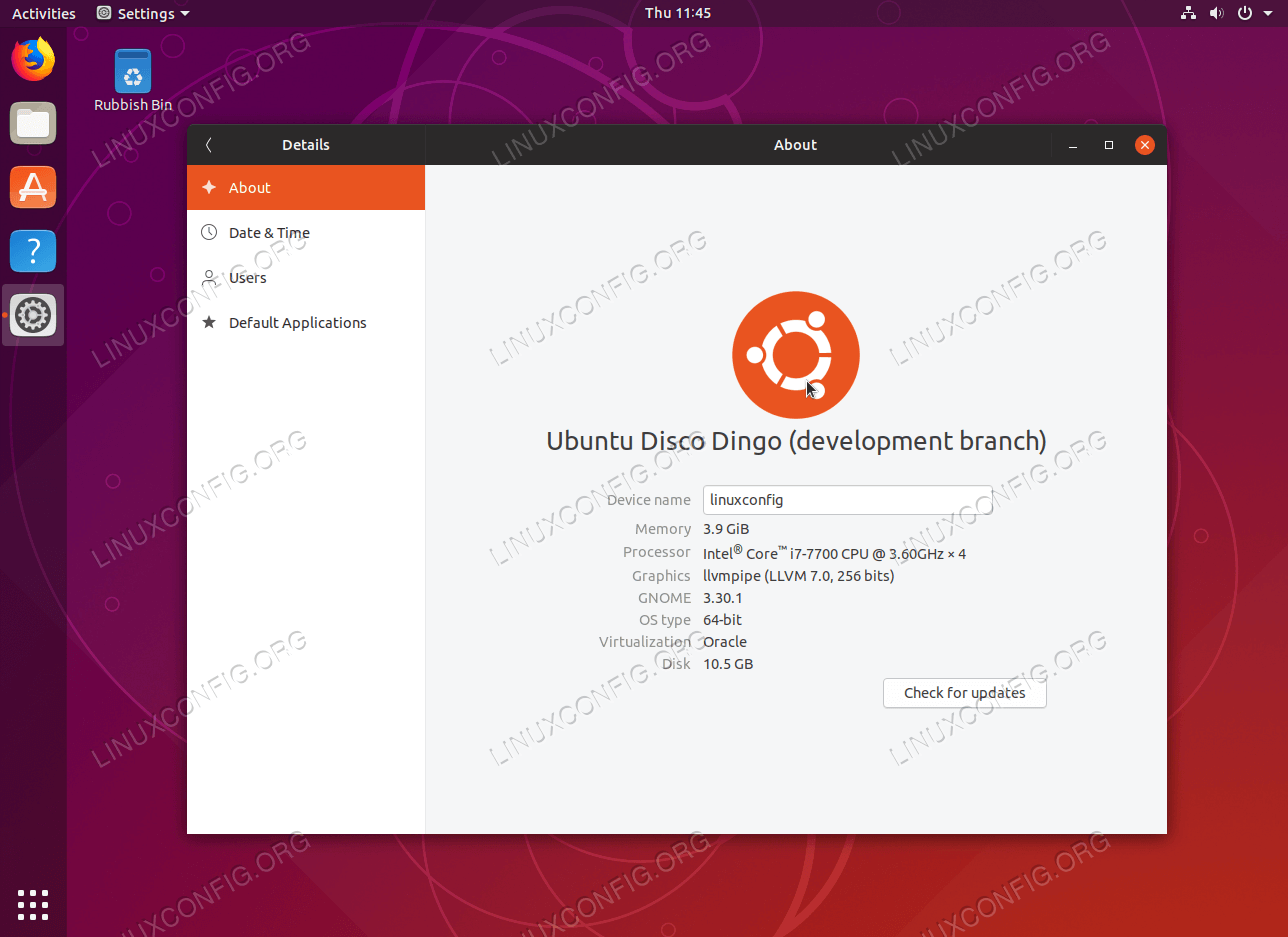 How To Upgrade Ubuntu To 19.04 Disco Dingo step by step instructions