The objective is to provide Ubuntu user with an information on how to update Ubuntu packages in order to keep Ubuntu system up to date.

This guide will provide you with instructions on how to update Ubuntu packages from the command line as well as to keep your software packages up to date using the graphical user interface.

h2>Other Versions of this Tutorial

The standard Ubuntu releases are continuously supported for 9 months since the initial release date whereas Ubuntu LTS (long-term support) releases such us Ubuntu 18.04 are supported for duration of five years since the Initial release date ( 26.4.2018 ) for both the desktop and the server. During this time user can automatically or manual apply any security fixes and other critical updates to keep their Ubuntu system updated at all times.

Keeping your system updated will help you protect your computer against vulnerabilities that may be exploited by hackers’ malicious software.

More information about the Ubuntu 18.04 update support cycle is shown below:

User can at any time check the update support duration of all packages by using theubuntu-support-status command.

For example the below image shows the status update support expiry of our currently installed Ubuntu 18.04 Bionic Beaver: 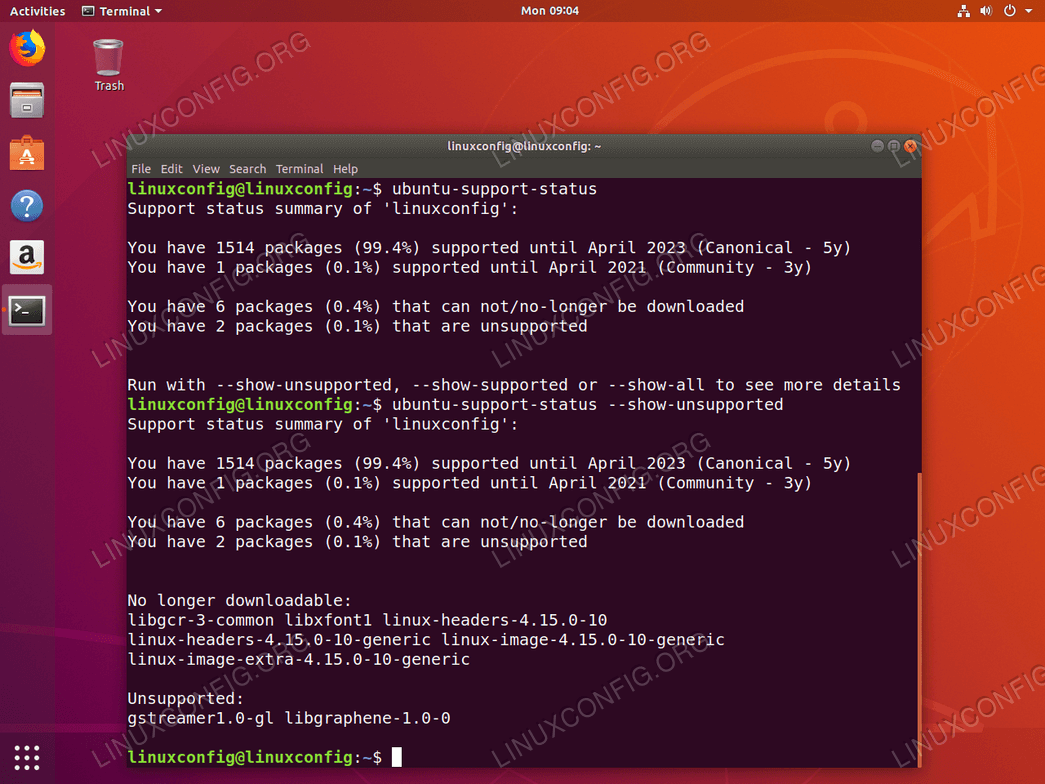 Despite of the availability of Ubuntu Software Updates via the graphical user interface application, updating the Ubuntu system via the command line is the preferred way to keep you system up to date as it will provide you with more transparency and control.

To begin the Ubuntu update of your system first we need to update the packages index list. Open up terminal and enter:

Next, we have the option to list all packages which are scheduled for update:

At this stage we have an option to update individual packages using apt install PACKAGE-NAME or install update for all packages at once:

All done. Your Ubuntu system is now fully updated.

Due to package dependency changes some of the packages might be kept back. 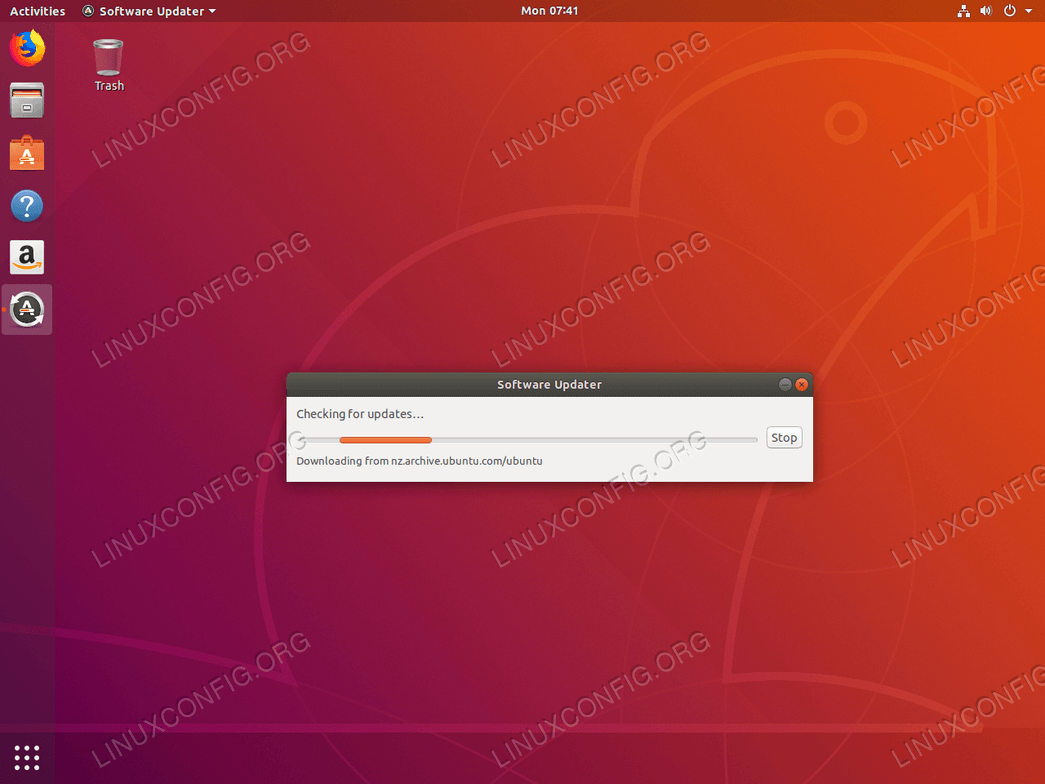 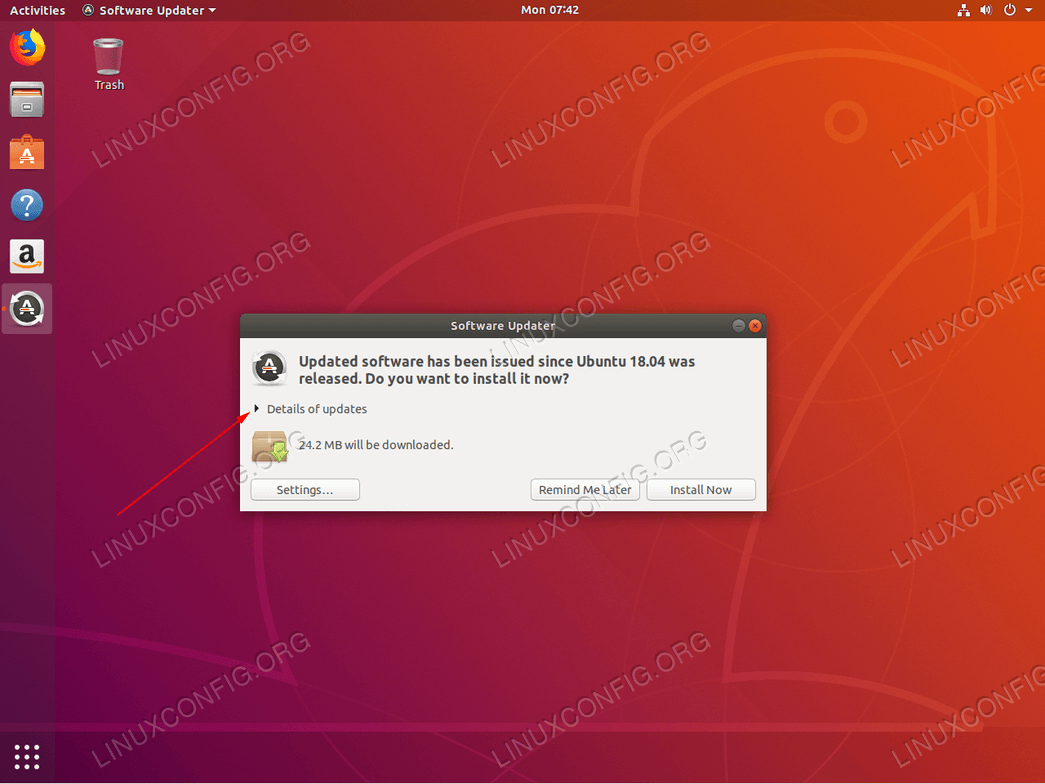 Hit Install Now button to begin the Ubuntu packages update or click on Details of updates to see more information regarding the proposed system update. 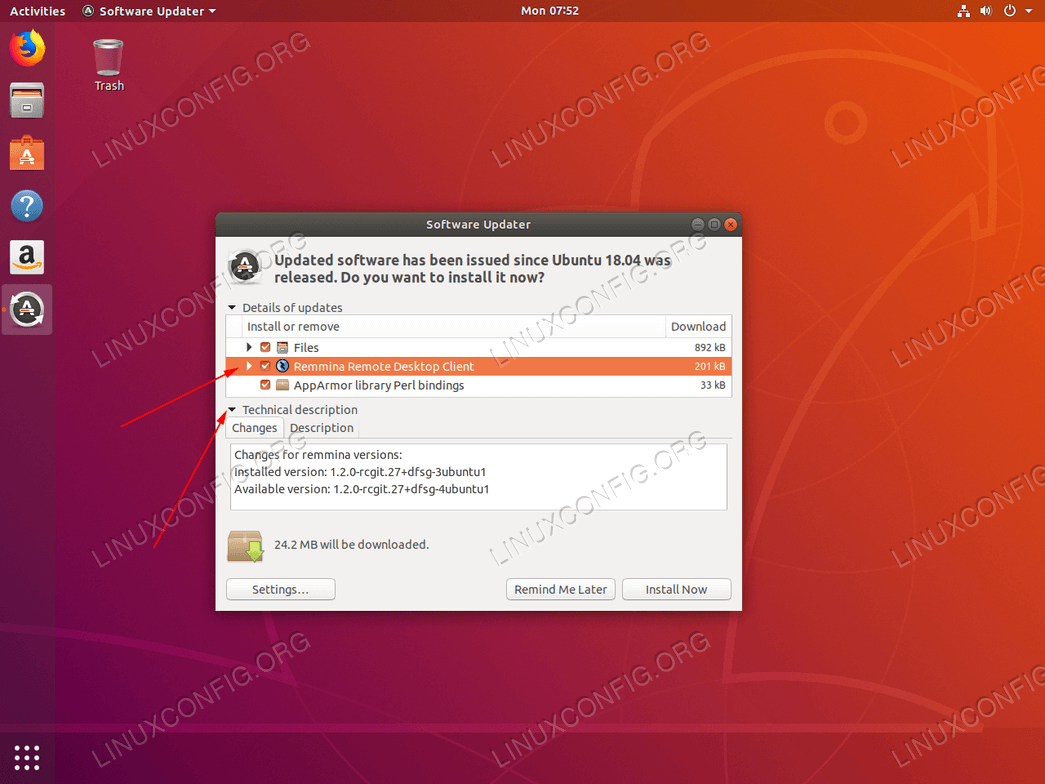 Optionally select or deselect individual packages scheduled for update. Information regarding the package version for each individual package can be obtained by clicking on Technical description. Once ready, hit the Install Now button to begin Ubuntu packages update. 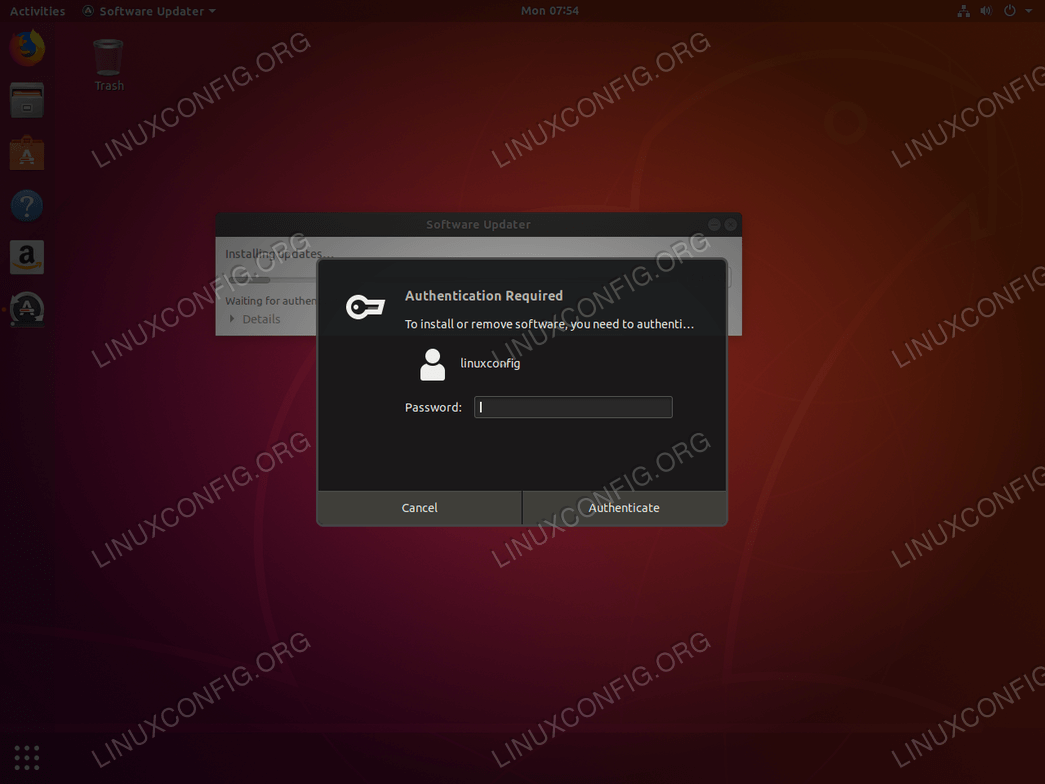 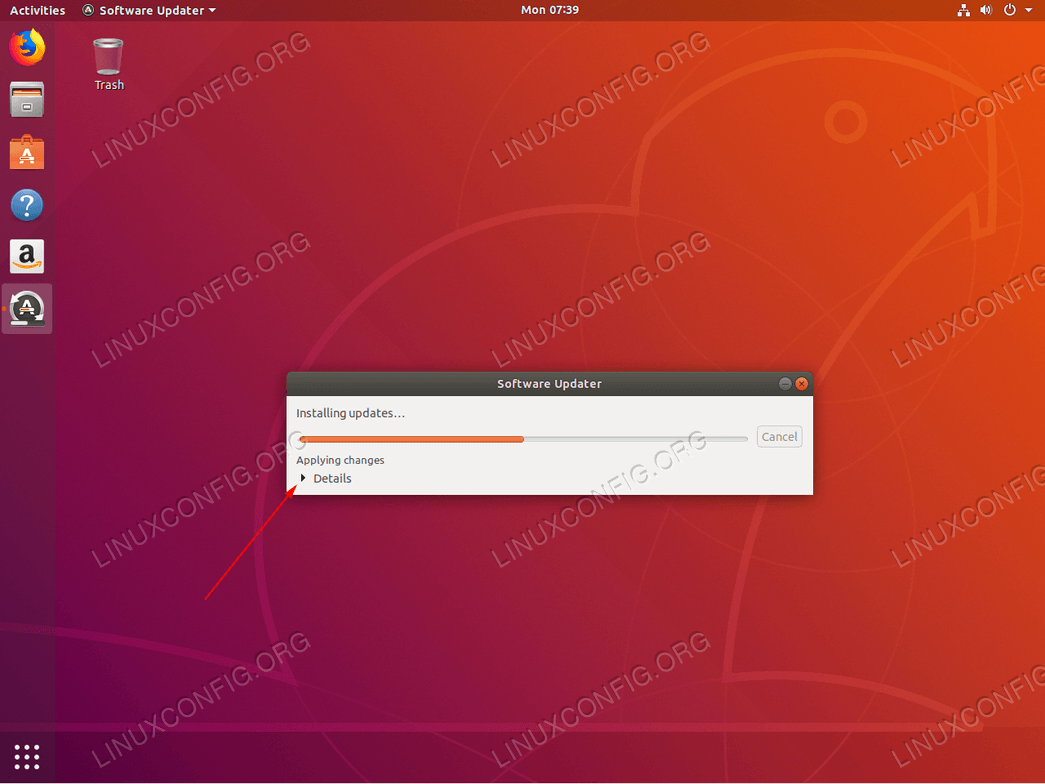 Ubuntu update in progress. Click on Details to reveal more information about the running system update. 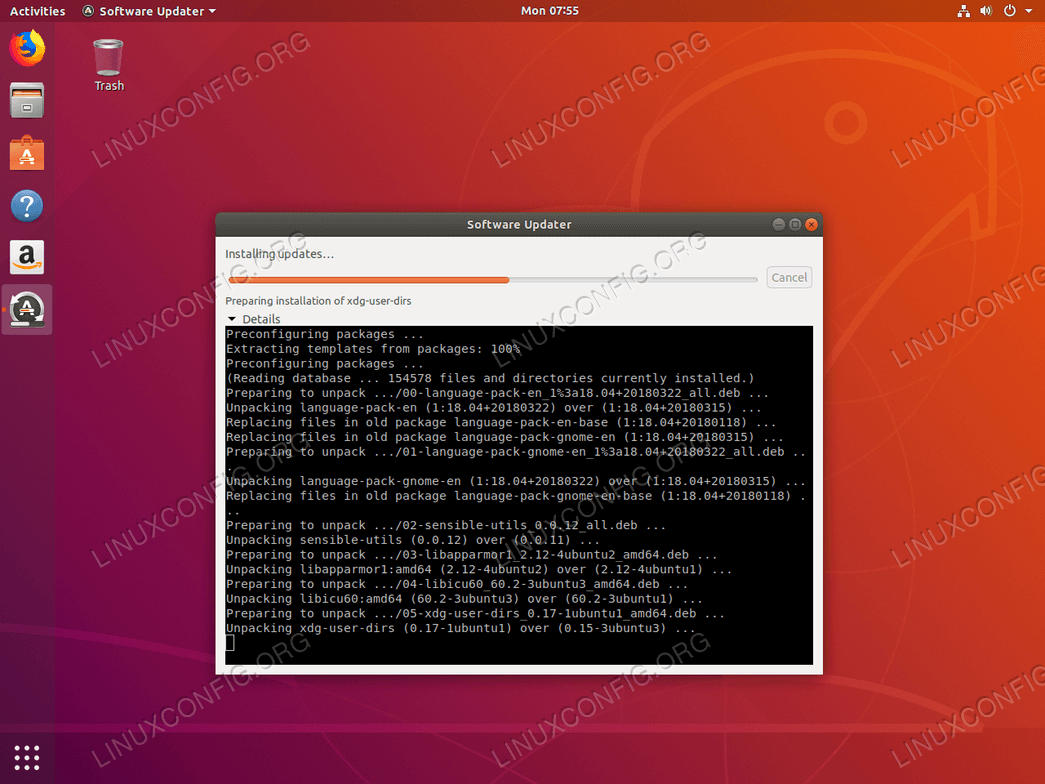 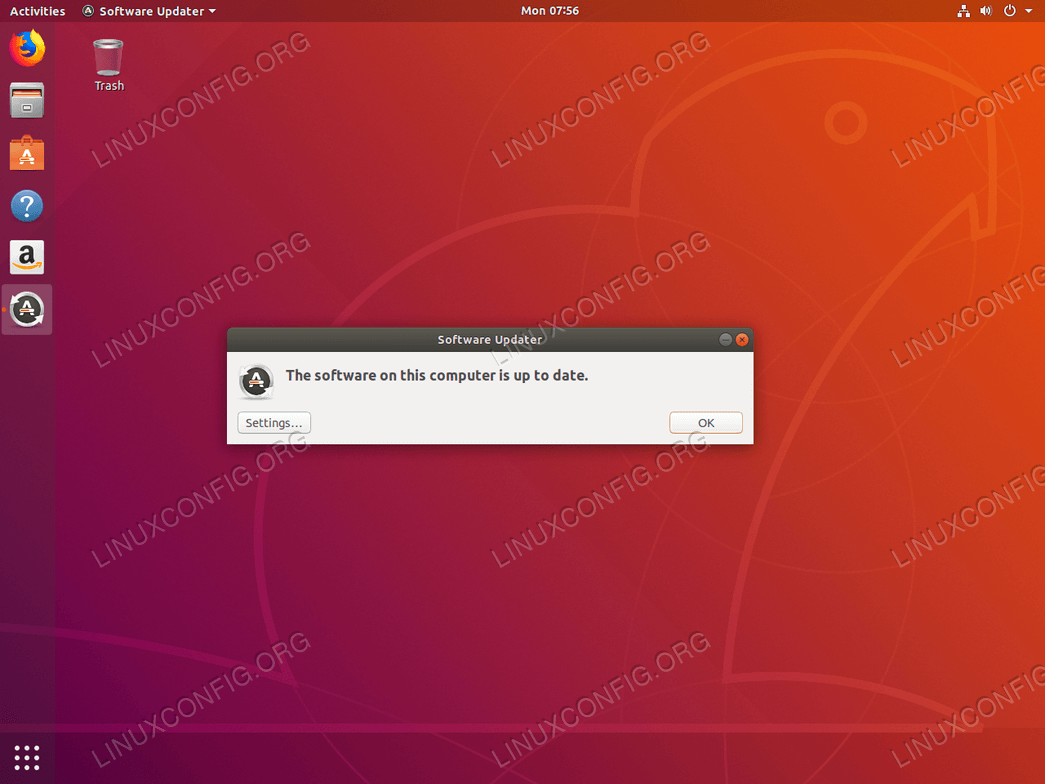 Your Ubuntu system is now updated.