Mozilla Firefox comes installed by default on Kali Linux and a ton of other Linux distributions. It’s a solid web browser but it’s the user’s responsibility to make sure Firefox stays up to date.

The process for updating Firefox is a little different on Kali. Kali is based on Debian’s testing branch, which uses Firefox ESR (Extended Support Release).

Firefox ESR is essentially a more stable version of Firefox which is geared mainly towards enterprise systems. It usually doesn’t have all the latest features that are available in other Firefox installs, but includes the most stable and thoroughly tested components.

In this guide, we’ll see how to update Firefox ESR from the command line on Kali Linux. 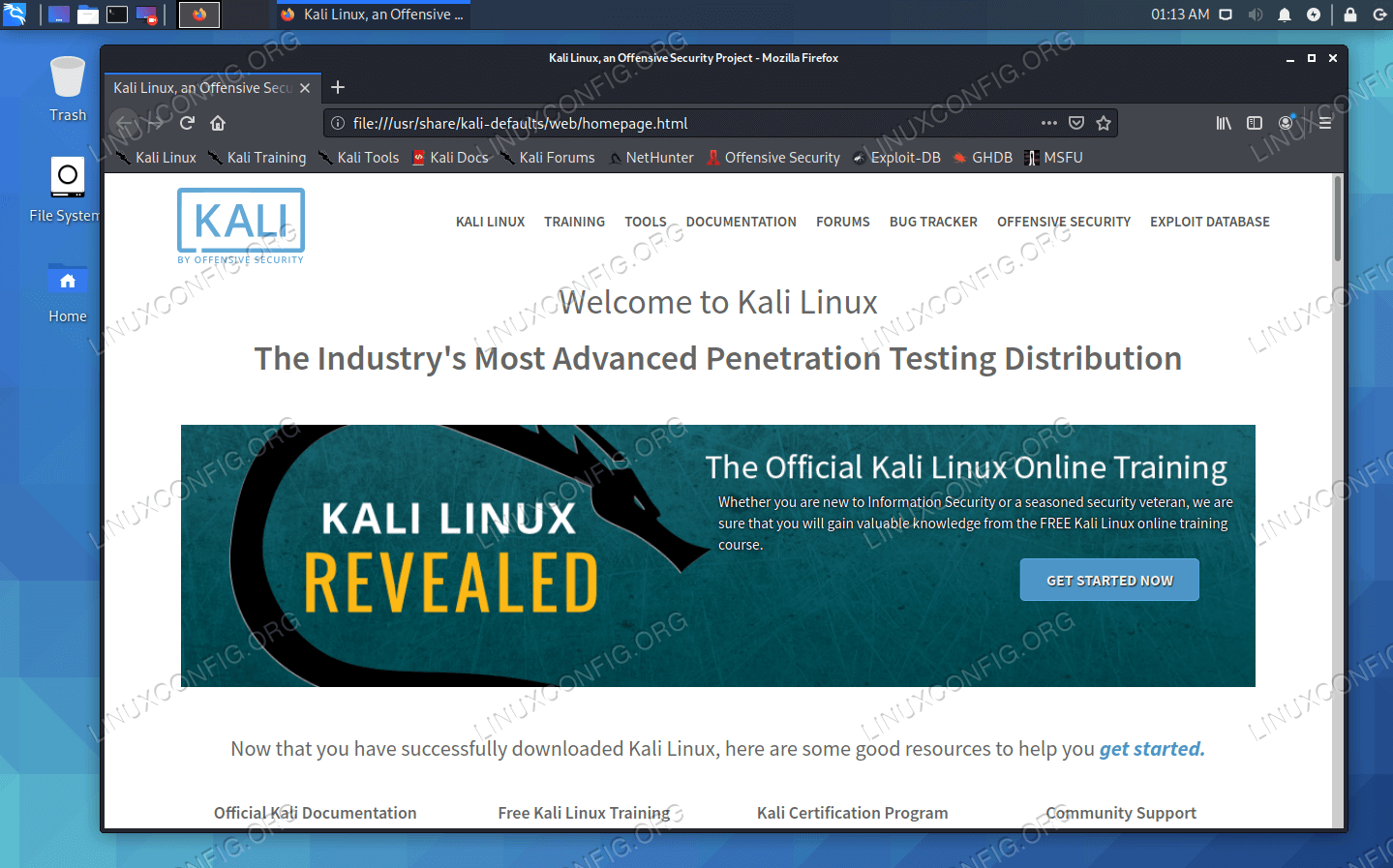 Firefox will usually keep itself up to date, although sometimes it’s necessary to manually fetch an update. We can use Kali’s package manager from the command line to do this. Simply follow along with the steps below to get Firefox updated.

That’s all there is to updating Firefox. If you’ve installed the normal version of Firefox, then you would use this command instead:

In this guide, we saw how to update Firefox on Kali Linux. It’s a straightforward process, but Kali’s choice to include Firefox ESR as the installed browser instead of the regular Firefox version can throw some users for a loop. Whichever version you have installed, you can refer to the commands in this guide to keep your browser up to date.