The objective of this article is to explain how to take a screenshot on Ubuntu 18.04 Bionic Beaver Linux desktop.

screenshot is a default application for taking screenshots on Gnome desktop. To take screenshot simply hit PrtSc button on your keyboard and the screenshot of your entire desktop will be taken and saved as *.png file inside your ~/Pictures directory.

In many cases we only want to take a screenshot of a small part or selected window. In that case start screenshot application manually form the start menu: 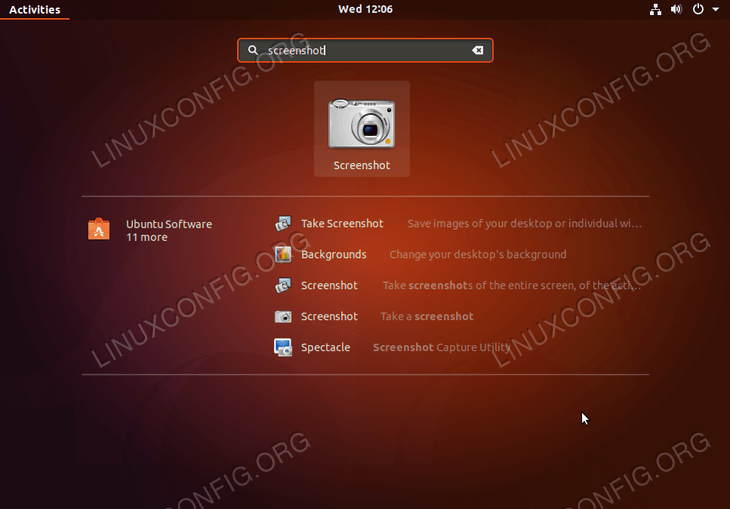 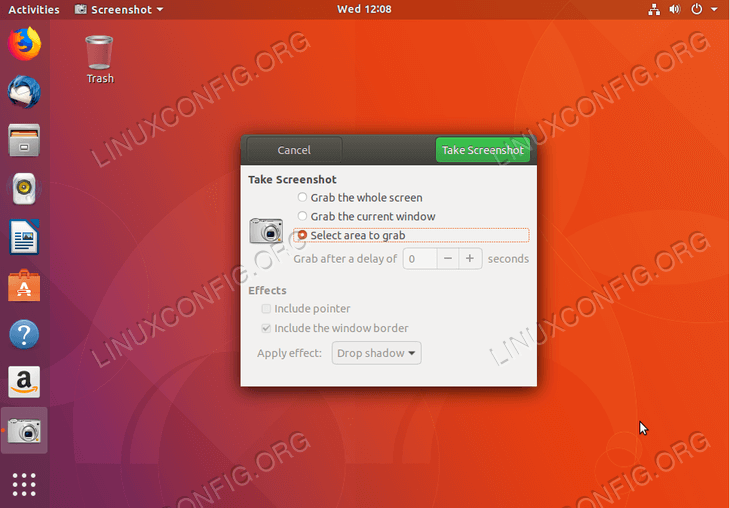 Make a selection from either taking a screenshot of the entire screen, window or selected area.

Is a most recent addition to a collection of screenshot tools on Ubuntu 18.04. Most likely Flameshot seems to be the most versatile screenshot taking tool with many features which any user, tutor or blogger would appreciate. To get started run the command: 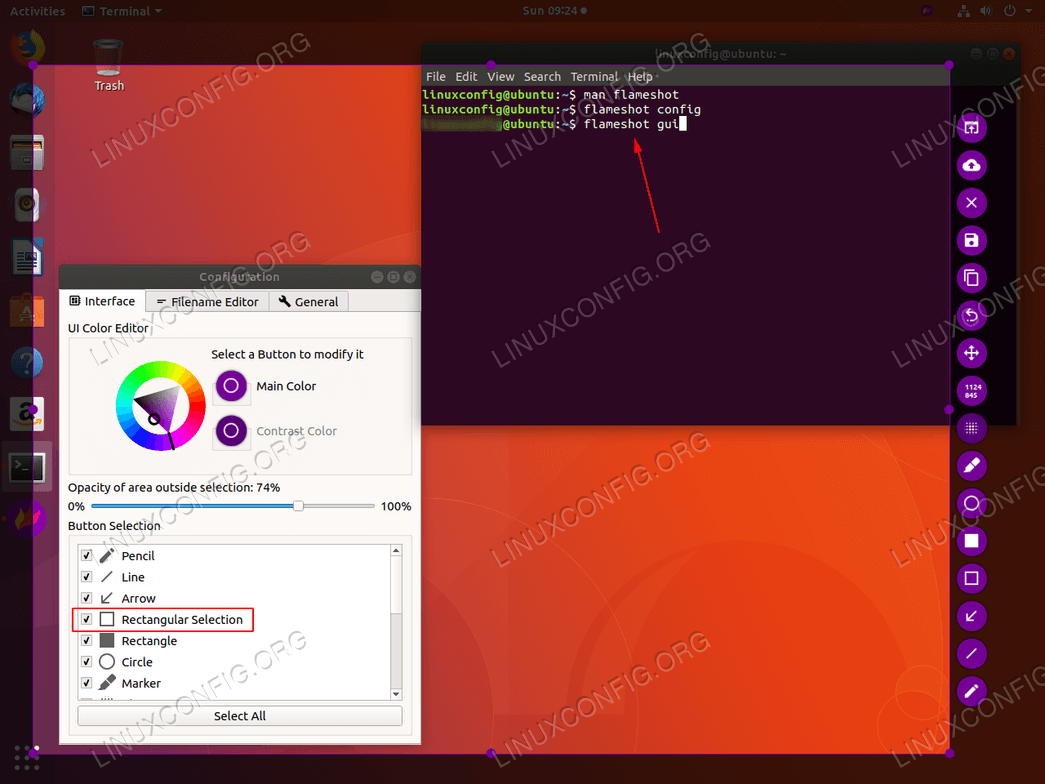 Spectacle application is an alternative to GNOME desktop and default application on KDE plasma desktop for taking screenshots. If Spectacle is currently not available on your Ubuntu 18.04 desktop you can install it by executing the following linux command:

Start spectacle from your start menu: 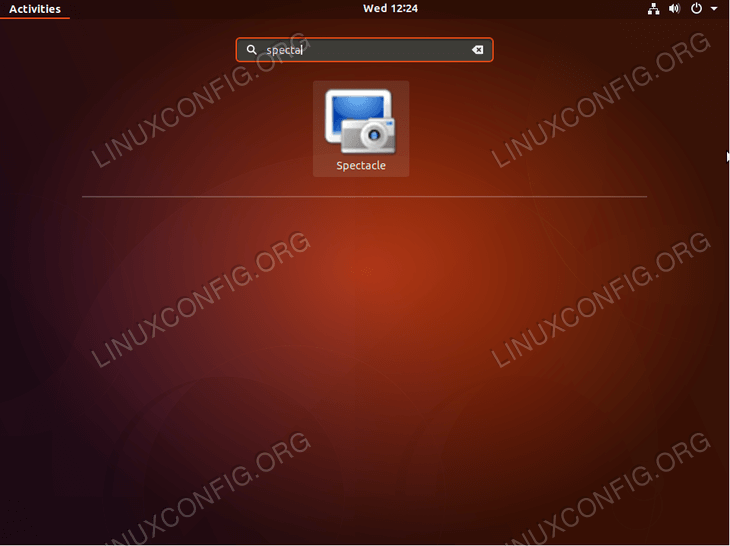 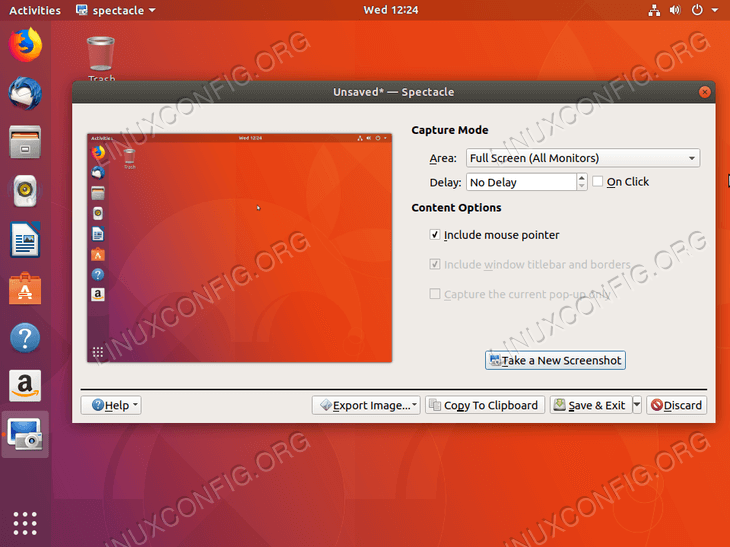 Spectacle have multiple modes for taking a screenshot. Feel free to also set delay in seconds.

Another powerful utility to make screenshots on Ubuntu 18.04 is Kazam. It can be installed by: 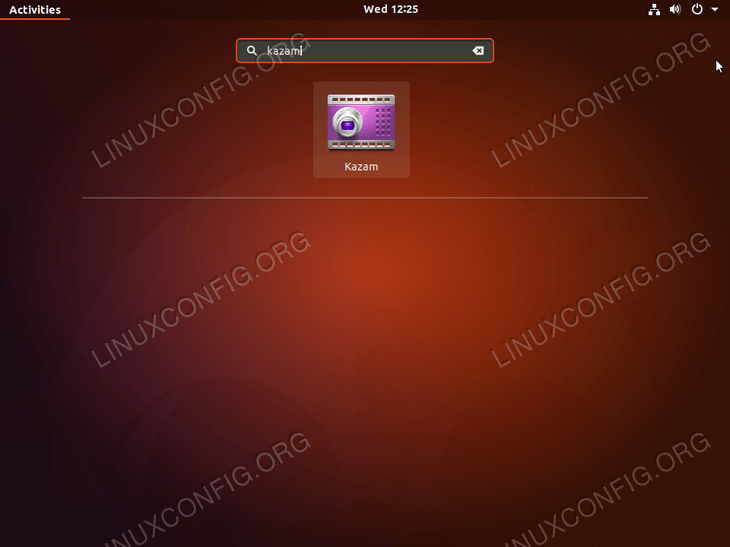 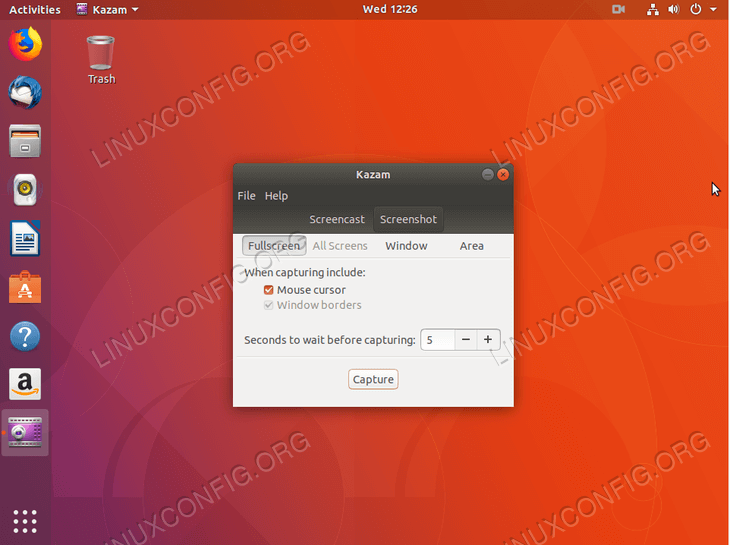 The above command will take a screenshot of the entire desktop. However, this barely scratch a surface of the usefulness of this powerful command. See manual page for more options: 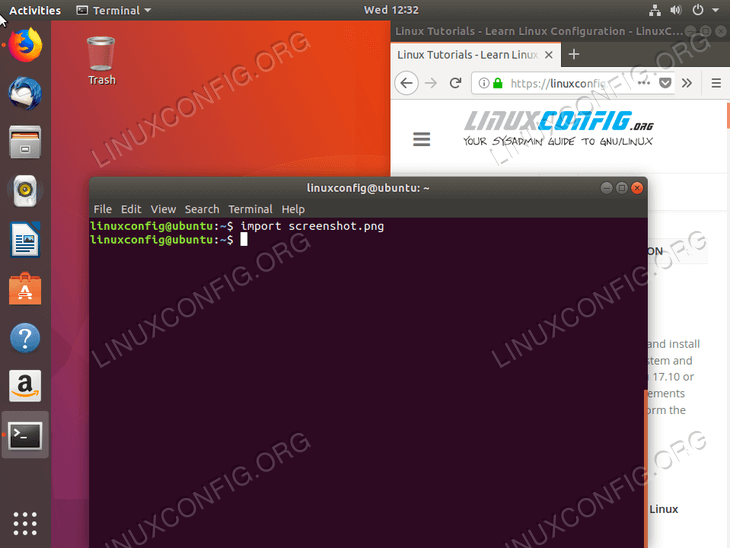