Samba allows you to share your files over a local network to computers running any operating system. Samba also makes it simple to control access to these shares using a single configuration file. On Debian, that configuration is mostly set up for you, making configuring a Samba server on Debian a smooth experience. 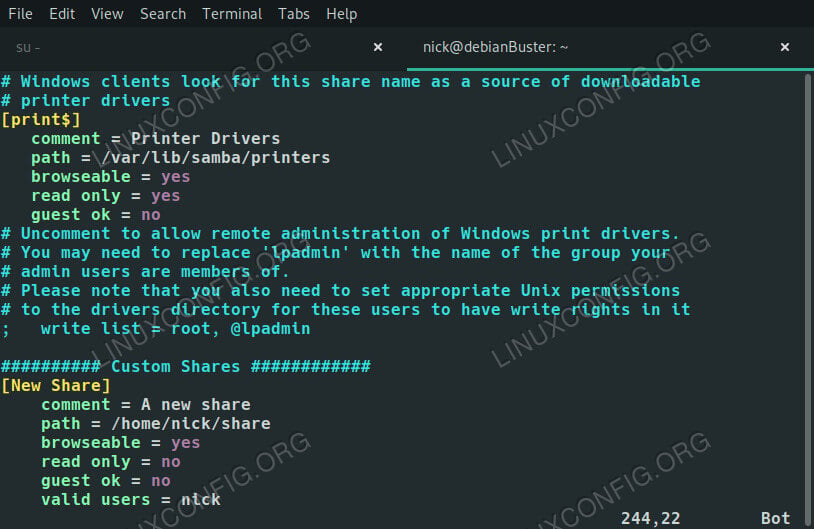 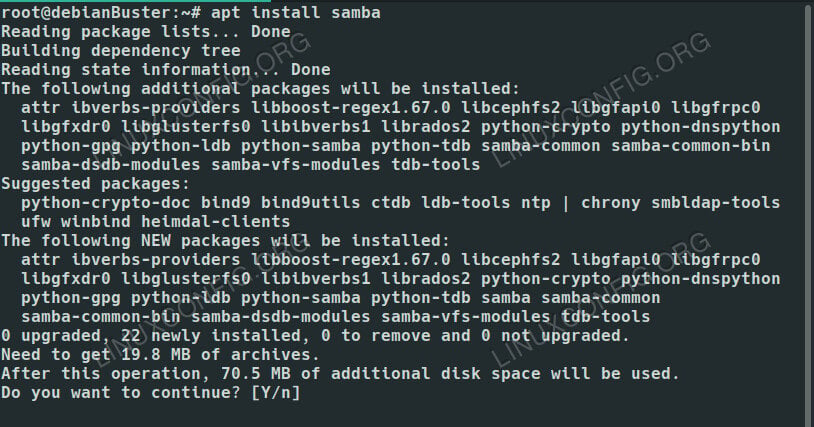 On Debian, you can install the Samba server right from the default Debian repositories. It’s a single package, so go ahead and install it.

Samba’s configuration can all be found in /etc/samba/smb.conf. That file contains both the global configuration for Samba itself and your shares. Debian is usually good about providing intelligent default configurations that work immediately, but it can’t hurt to take a look at the provided settings, and make changes where necessary. 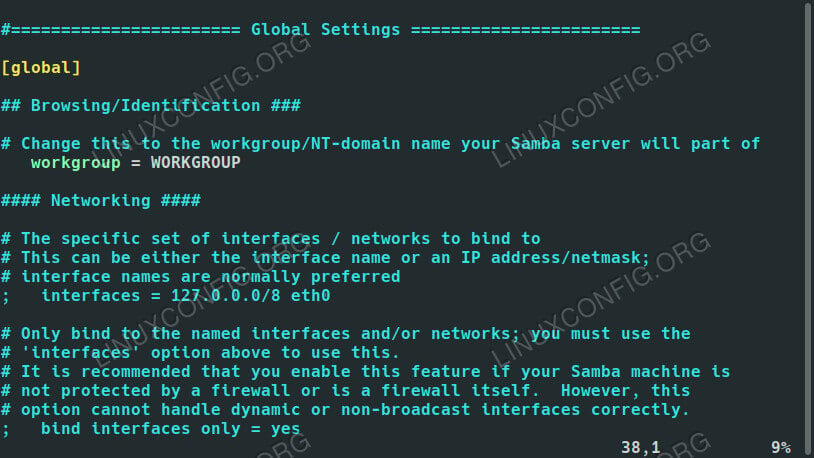 The first setting that you’ll find near the top of your general settings is the workgroup. This determines the name of the Windows workgroup that your server will be a part of. The default value is WORKGROUP because that’s also the default value on Windows. If you’re configured something different, change it here too.

If you’re not a fan of that method, you can always add the hosts allow option to limit who can connect too. Just specify IP addresses or ranges after.

The rest of the general settings are set to fairly solid defaults. You won’t need to change them to get your shares running, but feel free to have a look around and tweak anything you like. 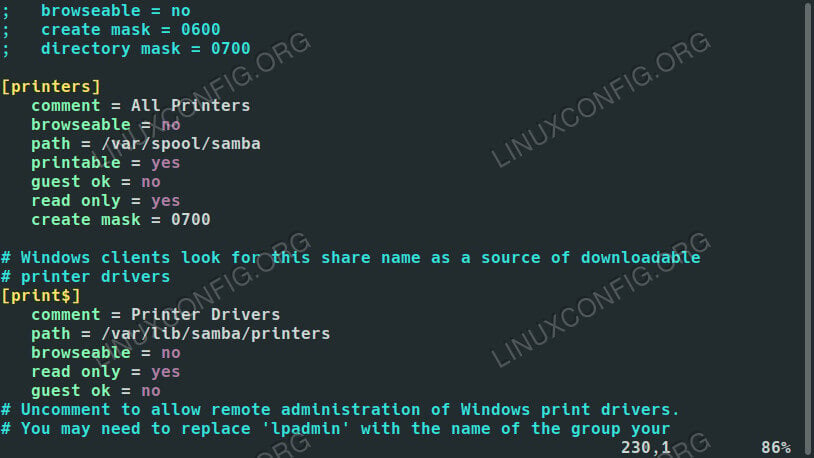 There are already a few shares set up for you. They allow you to share the home folders of any user on the system and your printers. Actually, there’s already a print directory being shared. Change the browseable value to no.

Now, try creating your own share. There are a ton of options that you can pick from for your Samba share, but this guide will cover the most common ones.

First, name your share, and place that name in brackets.

Next, set the path equal to the absolute path to the share.

Choose whether you want to be able to browse to the share or need to manually mount it directly.

Do you want people to be able to write to the share or mount it read only?

And, that’s it. There are other options and other ways to go about these basic steps, but they take you to more or less the same place. Unless you have something really specific in mind, these options should be enough. Put it together, and you get something like this:

Save, and exit. Then, restart Samba.

Set Up A Samba User

In order to connect to your share, unless you’re only using guest access, you’re going to need to set up Samba user accounts. It’s super quick, and only takes a single command.

After that, you’ll be asked to enter a password for that user. That’s the password that their shares will be locked behind.

There are a couple of packages that you’ll need to connect to a Samba share. Go ahead, and install them. 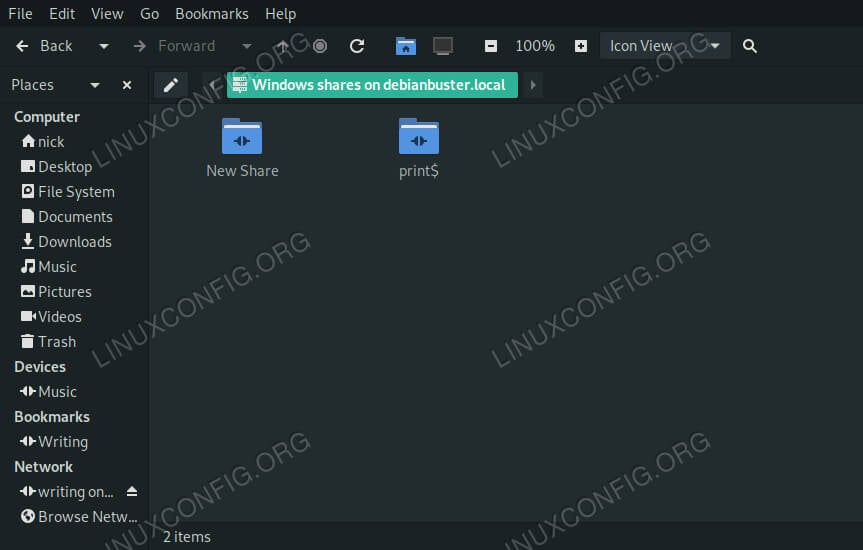 Now, you can open your file browser and navigate to the Network section. You’ll see your server listed there, and below that, the share that you just set up.

You’re ready to start creating your own Samba shares on Debian, and accessing them from your other Linux machines. There isn’t much else to it, and Samba will automatically start with Debian at boot..