cron is the job scheduler in Linux systems that can execute commands or scripts at regular intervals. Each task scheduled in cron is called a cron job. The utility used for scheduling these jobs is called crontab. 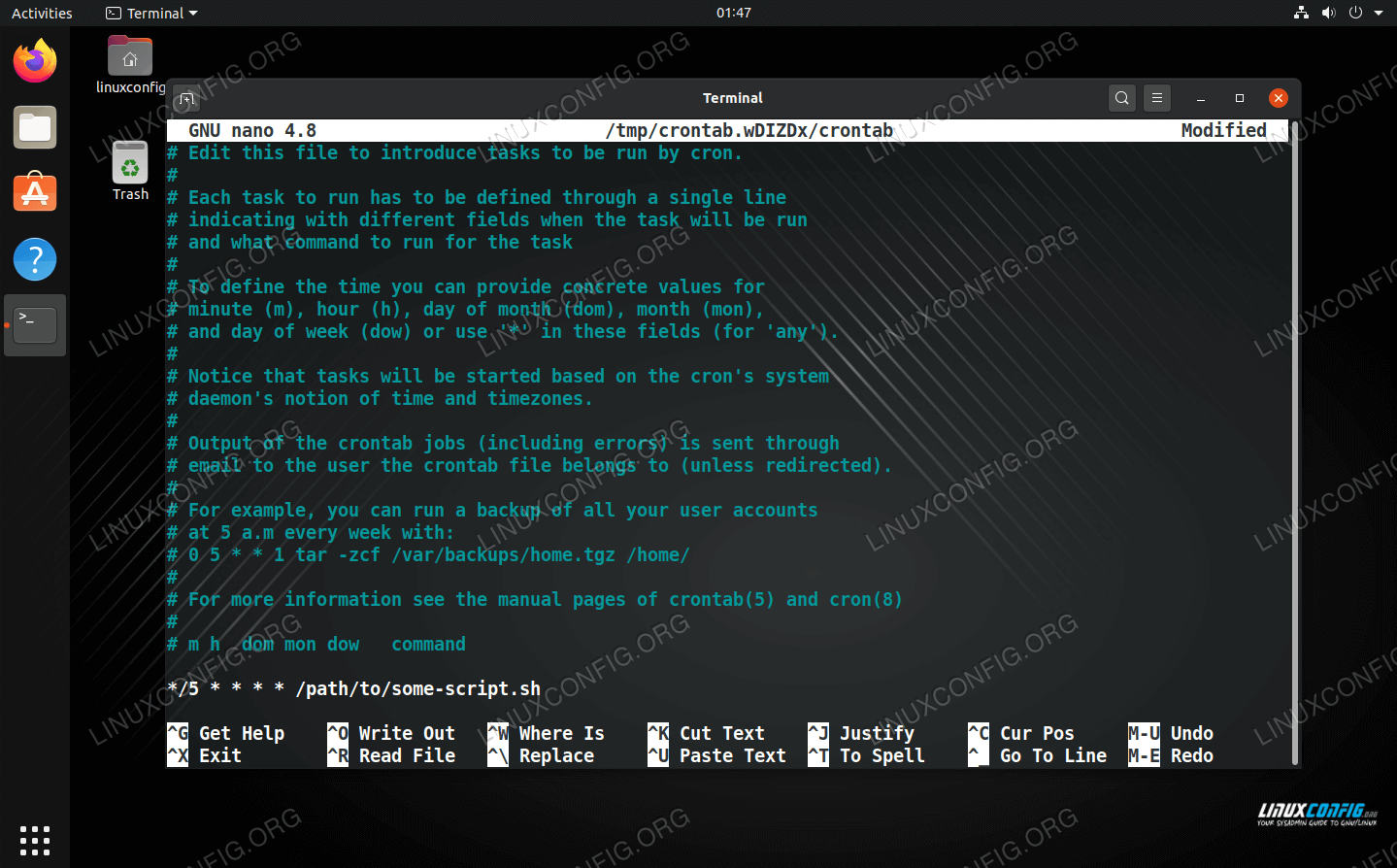 Setting a cron job for every 5 minutes in crontab

Configure cron job for every 5 minutes

Open a terminal on your system and type the following commands to access crontab and setup the cron job.

That’s all there is to it. Scheduling jobs in cron is very simple as long as you know the syntax for telling cron how often to run the job, which is */5 * * * * as we’ve shown in this guide.