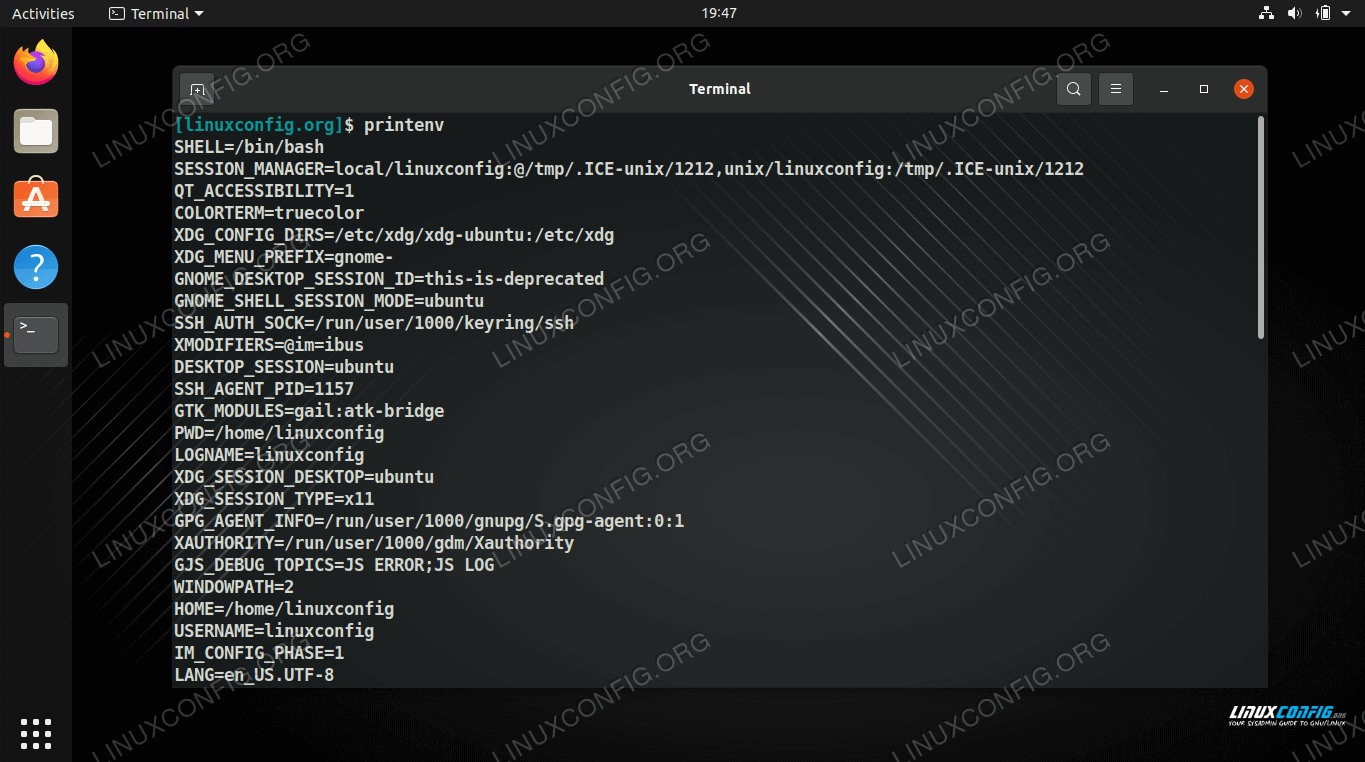 The printenv command can be used to list all environment variables on a Linux system.

Printing all the environment variables used by this Linux system

To list a specific variable, just pass the name of it to the command.

To interact with the environment variables in your terminal or when writing a script, you will need to precede them with a dollar sign $.

A popular environment variable to edit is the $PATH variable, which lets you specify the directories Bash should search for programs when you enter a command. We’ve written a separate guide on how to add a directory to $PATH.

Add a new variable to the~/.bashrc or /etc/profile configuration files by appending a line to the end of it with this syntax. Notice we precede each new variable with export.

Afterwards, you can load the new environment variables into the current session with the following command. 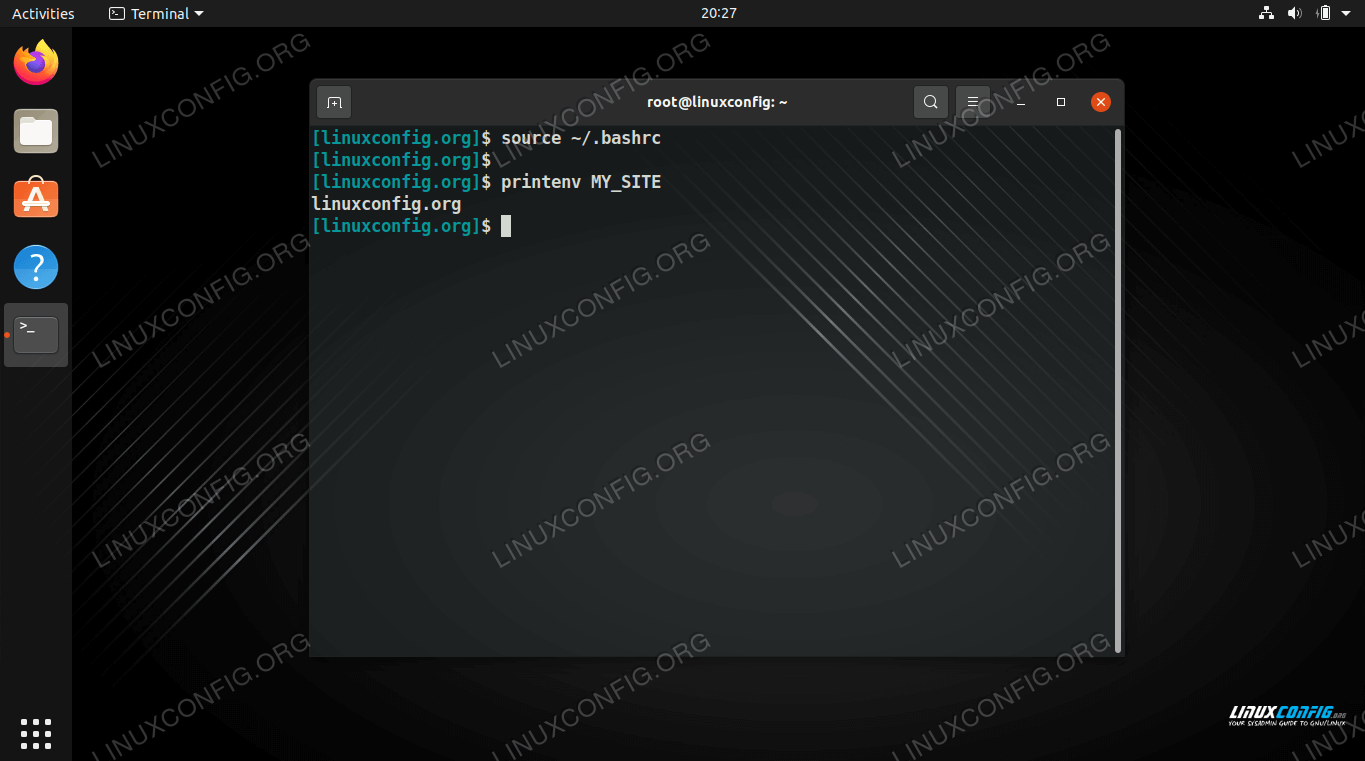 If adding an environment variable to the /etc/environment file, you don’t need to precede the line with “export”.

Using the methods above, your variable configurations will persist until you delete them.