There are two basic ways to set up a static IP address on Debian 10. The simplest for desktops is through NetworkManager’s graphical interface. For servers or systems without NetworkManager, you can use a configuration file too. 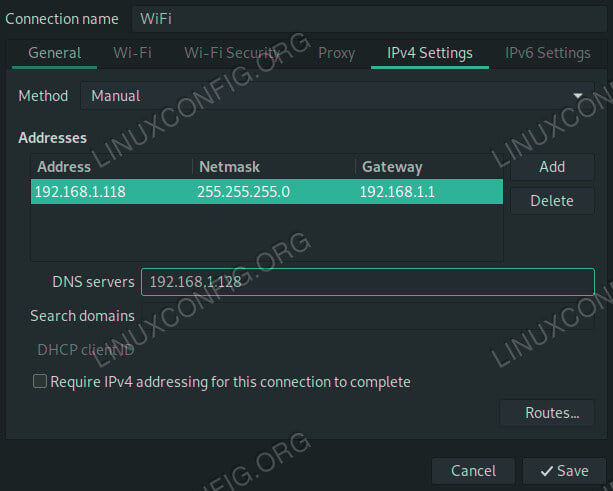 Configure a Static IP with NetworkManager

To start, right click on the NetworkManager applet in your system tray. This will work with the applet regardless of whether is on GNOME, XFCE, MATE, or something else. When the menu pops up, select Edit Connections…. 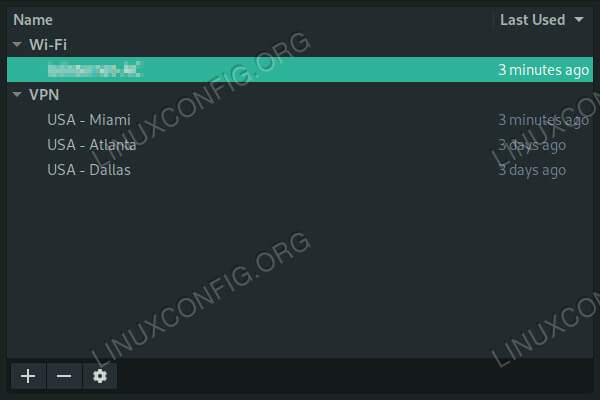 A new window will open up, listing all the connections on your system. Select the connection that you want to switch to a static IP, and press the gear icon button in the bottom left of the window. 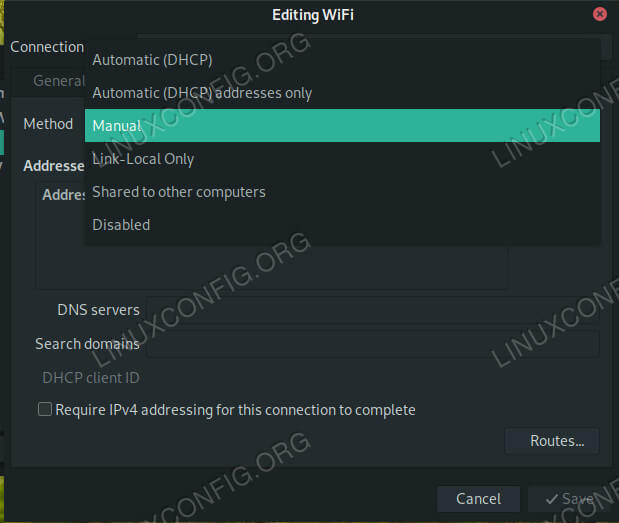 Set Network to Manual on Debian 10.

Yet another window will open with the settings for your connection. Click the IPv4 Settings tab. Near the top of the IPv4 settings, you’ll see a drop down menu labeled Method, and it’ll be set to DHCP. Use the menu to select Manual instead. 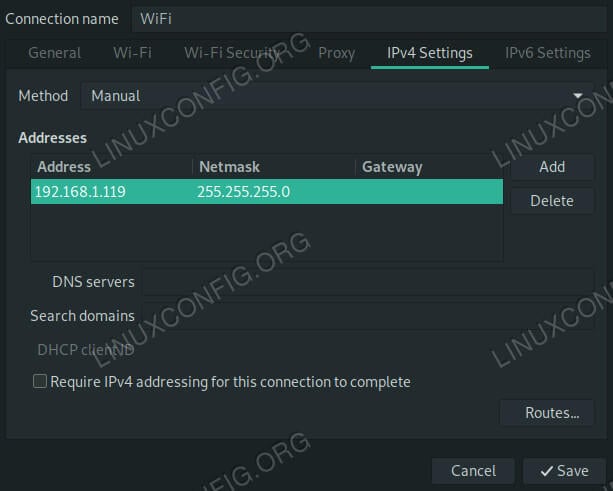 Below that, there’s a blank table of addresses. Press the Add button next to it to set up a new static address. A new row will open up on the table. Enter your desired IP address in the Address cell and the IP of your router in the Gateway. The default Netmask is 255.255.255.0. If you didn’t set anything different yourself, use that.

Be sure to set up a DNS server. Enter its IP address in the DNS servers section too. If you don’t have anything specific, enter your router’s IP there too. When you’re done, press Save.

The changes may take effect automatically, but more than likely, you’ll need to disconnect from that interface, and reconnect first.

Configure a Static IP From the CLI

For the command line, you’re going to need to make a few changes. First, disable and stop NetworkManager.

Now, use your favorite text editor to open /etc/network/interfaces. By default, this file is really sparse. That’s because it really isn’t used in conjunction with NetworkManager.

Begin a new line with, iface eth0 inet static to set your interface to static. Substitute your actual interface instead of eth0. If you aren’t sure what it is, use ip a to find out.

Below the iface line, start a new line indented by one tab. Every subsequent line in this block will also be tabbed in. Assign an address to your computer.

Next, set the broadcast address and netmask. If you haven’t set anything custom, it should look like the example below.

Below that, set your router’s IP address as the gateway.

Finally, set your DNS nameservers. You only need to specify one, and if you don’t have a specific choice, use your router’s IP.

Restart both networking and resolvconf to see the change take effect. If it doesn’t, you’ll need to restart the machine.

Whichever way you went about it, your computer should now be using the static IP address that you provided for it. These configurations are both set up to stay in effect indefinitely, unless you manually change them, so there shouldn’t be any surprises, once you’re set up.