Hard drive partitions on Linux systems rely on a UUID (universally unique identifier) for unique labels. This is basically a unique string of characters that the operating system will use to identify your hard disk partitions and other storage components.

You can see this for yourself by examining the /etc/fstab file on your own system.

In this guide, we’ll go over several command line methods to retrieve the UUIDs of hard disk partitions. We’ll also show you how to generate UUIDs and change a partition’s UUID. 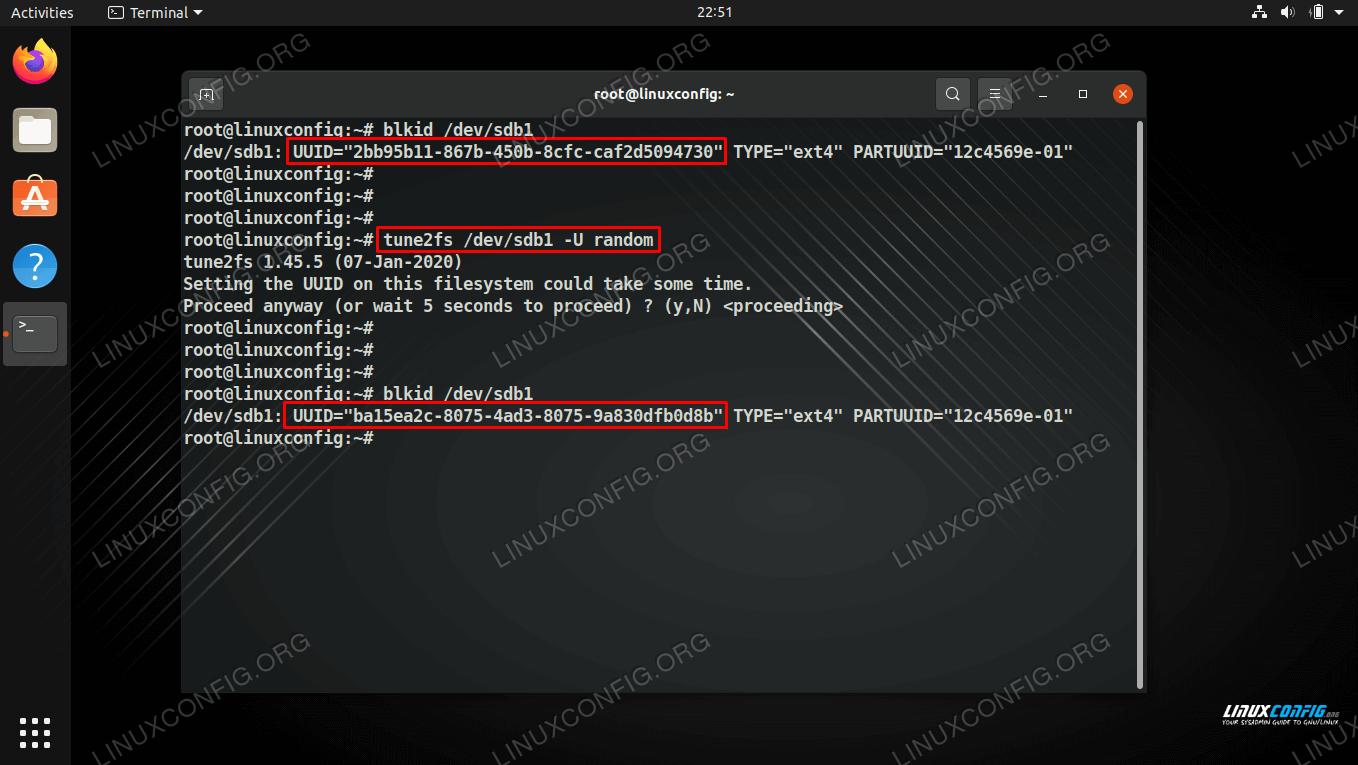 Retrieving and setting a new UUID for a partition on Linux

There are several different ways you can retrieve the UUID for a hard drive partition on Linux. Check out some of the commands below to get started.

Now that you know how to retrieve your current UUIDs, let’s talk about how to change a partition’s UUID.

Then, confirm the changes with one of the commands from the previous section.

You may also use the uuid command (provided you have it installed) if you want to manually generate a UUID or be given more options. For example, you could use the following command to generate a UUID.

And assign a particular UUID with tune2fs:

Or use the uuid command to generate a UUID inside the tune2fs command:

Any of the three methods work fine and will allow you to set a new UUID to the desired partition.

In this guide, we saw how to retrieve and change the UUID of a partition on Linux. We also saw how to manually generate UUIDs with the uuid command. Using the tune2fs command, we can set a new, random UUID to a hard drive partition, or a particular one that we’ve generated via the uuid command.