How to restart network on Ubuntu 18.04 Bionic Beaver Linux

The following article will describe various ways how to restart network from command line as well as from Graphical User Interface (GUI) on Ubuntu 18.04 Bionic Beaver Linux

Privileged access to is required for GUI network restart

Bring up network management window by right-click on the top right corner network icon and locate the network connection you wish to restart then click on Turn Off. 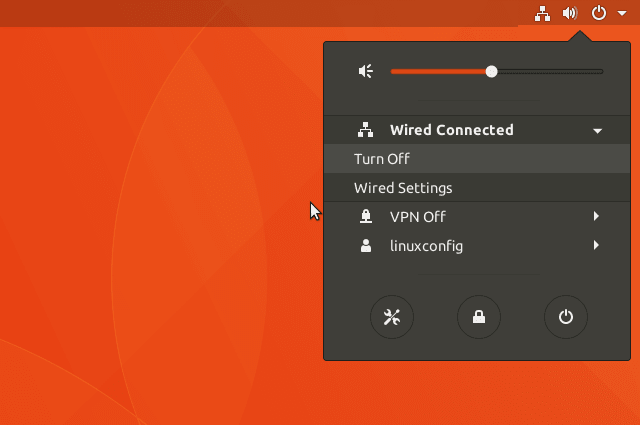 The Network Icon will disappear. To turn on the network again, left click on the top right corner arrow down, locate your network interface and click Connect. 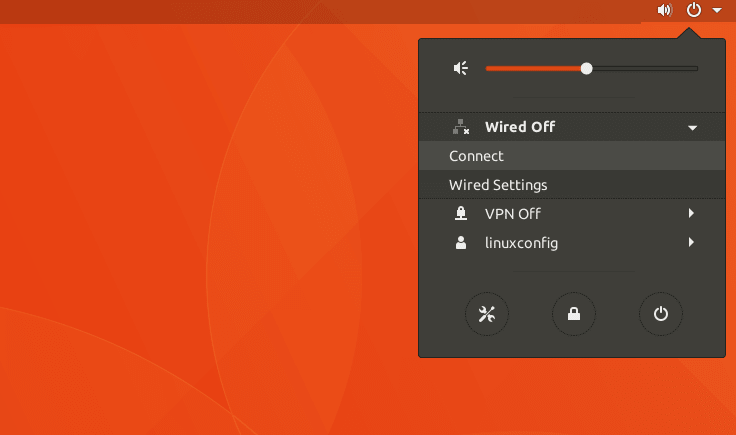 To restart network from the command line you have the following options:

Same as the above can be accomplished with the service command:
SUBSCRIBE TO NEWSLETTER
Subscribe to Linux Career NEWSLETTER and receive latest Linux news, jobs, career advice and tutorials.

In this last example we will restart the network interface directly using the ifup and ifdown commands. Note the the -a option will tell the ifup and ifdown commands to restart all available network interfaces marked as "auto":
FIND LATEST LINUX JOBS on LinuxCareers.com
Submit your RESUME, create a JOB ALERT or subscribe to RSS feed.
LINUX CAREER NEWSLETTER
Subscribe to NEWSLETTER and receive latest news, jobs, career advice and tutorials.
DO YOU NEED ADDITIONAL HELP?
Get extra help by visiting our LINUX FORUM or simply use comments below.