This guide will provide you with an information on how to reset lost or forgotten root ( administrator ) password on Kali Linux. 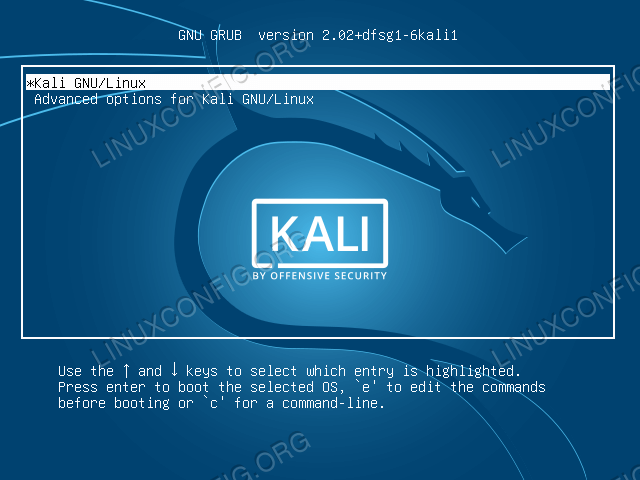 How to reset Kali Linux step by step instructions

Reboot your Kali Linux system into the GRUB boot menu. Highlight the default boot menu you are usually booting from and press the e key in order to edit this boot menu entry. 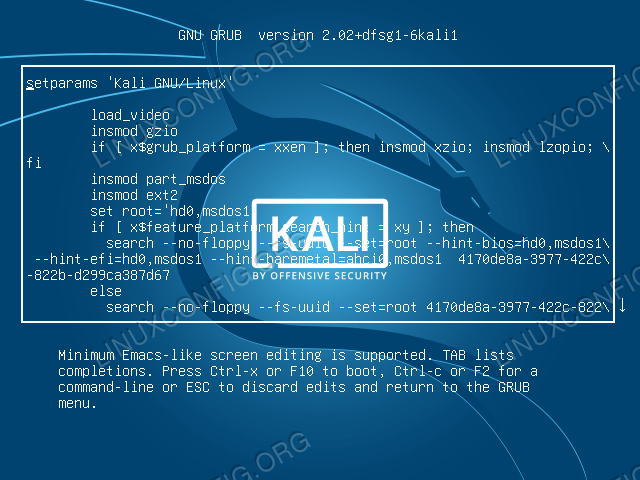 Once you entered the GRUB menu edit mode you will be presented with the following window. Scroll down until you hit the line starting with keyword linux.

Type mount command and look for / root mount partition. Confirm that this partition is mounted with rw permissions.

At this point we are ready to reset the root user password. Type passwd command and enter your new password. Enter the root password again to verify. Press ENTER and confirm that the password reset was successful.

At this stage you are done. Simply reboot your system or continue booting using the following linux command:

to resolve this issue.

Make sure that you removed splash boot option when editing grub’s menu item.

When trying to reboot with reboot command I get:

Ignore, and reboot with: