Pinging network devices from a Linux system is a really common troubleshooting step for testing your internet connection or the connection to a particular device. If you’ve spent any time at all tinkering with computers and especially the Linux command line, you’re probably a little familiar with the ping command already.

What you may not be so familiar with is IPv6 addresses. IPv6 is intended to replace the IPv4 network address standard – an ongoing process that’s been years in the making. And although IPv4 shows no sign of going away right now, IPv6 network addresses are becoming more prevalent.

In this guide, we’ll show you how to ping an IPv6 address from a Linux system. This is one of the most fundamental troubleshooting steps, and it’s changing a little as the new standard becomes widespread. Various Linux distributions may treat the addresses differently, so let’s take a look at how we can ping IPv6 addresses from some of the most popular distros. 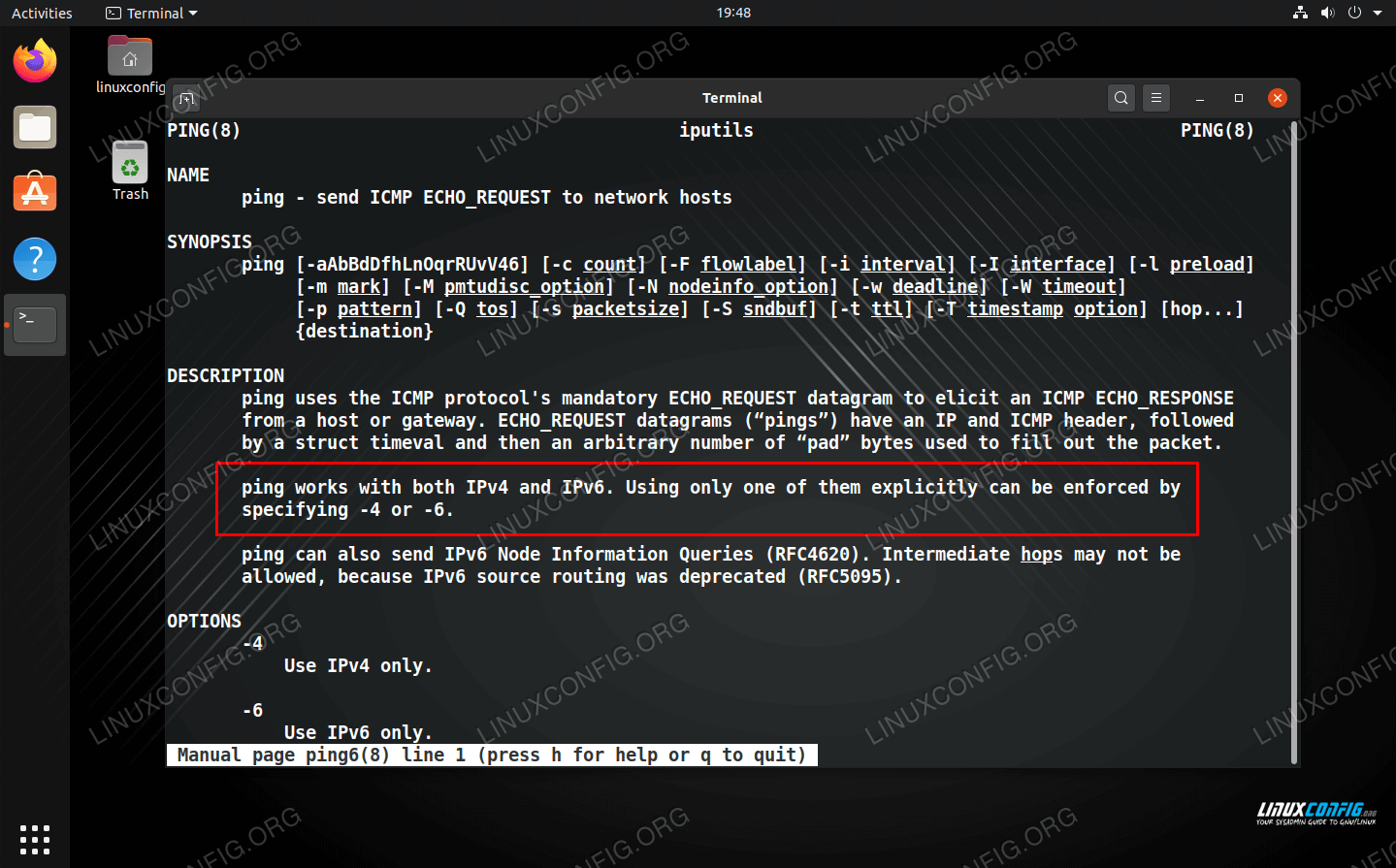 How to ping an IPv6 address from Linux

First off, you need to have an IPv6 address on your own system in order to communicate (including ping) with other devices via IPv6. You can use our article on checking your local and public IP address to see yours. Chances are, though, that your ISP has indeed given you a public IPv6 address.

Many systems, like web servers, will run both IPv4 and IPv6 addresses. This can make testing a little more difficult, since we want to make sure that we’re pinging the IPv6 address and not IPv4. Google has made things convenient for us by hosting two servers ipv4.google.com and ipv6.google.com.

Obviously, then, the IPv6 server can be used for testing IPv6 connectivity between your system and theirs. Try the following ping example from your own terminal: You can also specify the full IPv6 address if you don’t have the hostname. Here are the results when we ping a test server that we’ve setup. 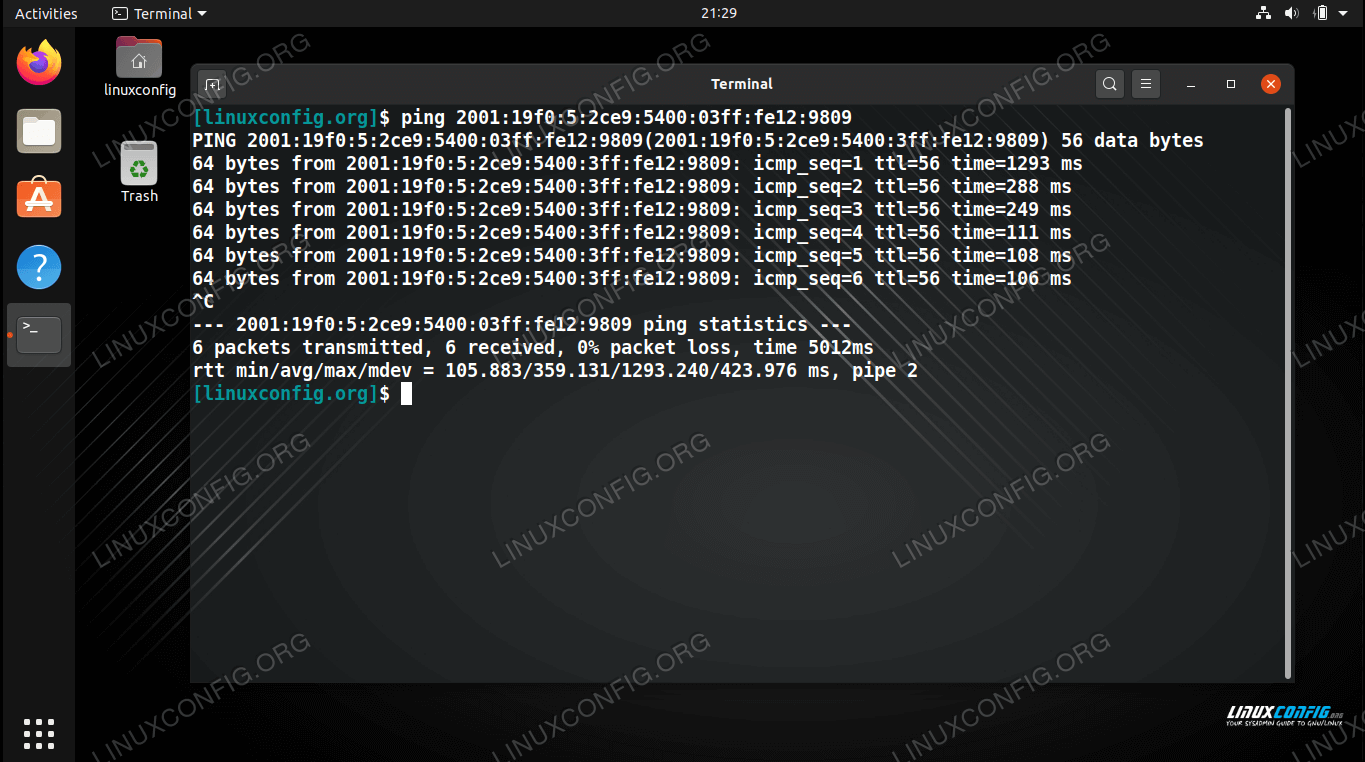 On the other hand, a ping to another hostname may result in IPv4 ping, assuming that the remote system and yours have an IPv4 address.

On Debian based Linux distros, including Ubuntu, you can use the ping6 command to force ping to use IPv6 instead of IPv4.

In this guide, we learned how to ping an IPv6 network address from various Linux distributions. The tricky part is that many systems have both an IPv4 and IPv6 address, so it’s important to know how to force Linux to use IPv6 connectivity. The methods in this guide showed you two ways of doing that: one being to ping an IPv6-only server hosted by Google, and the other to use the ping6 or ping -6 commands from terminal.