How to open a Terminal on Ubuntu Xenial Xerus 16.04 Linux

Contents
The following guide will provide you with some hints and shortcuts on how to open a terminal on Ubuntu Xenial Xerus 16.04 Linux Unity desktop.

Probably one of the easiest and fastest ways on how to open a terminal on Ubuntu Xenial Xerus 16.04 Linux is by using a keyboard shortcut:

The second easiest way is to open your command line terminal by right clicking the desktop screen and selecting "Open Terminal" from the presented drop down menu: 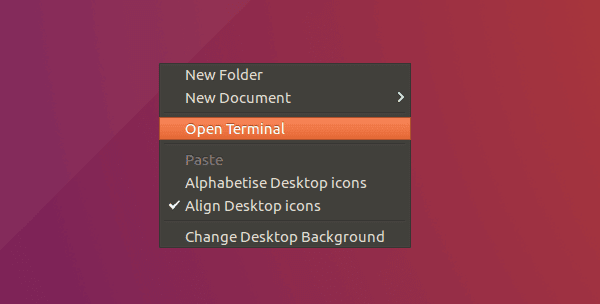 Probably, the most obvious way on how to open a terminal on Ubuntu Xenial Xerus 16.04 Unity desktop is to navigate to Unity dash and search for terminal: 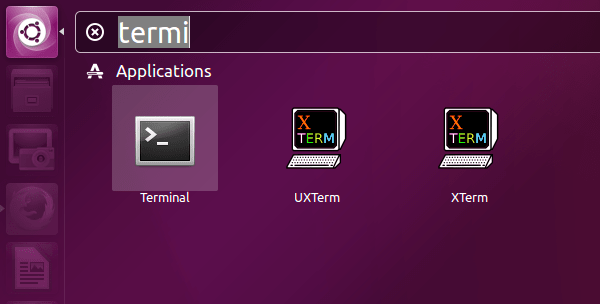 It is also possible to open a terminal window by directly invoking a gnome-terminal directly. In order to do so, first, enter a keyboard combination: Next, search for gnome-terminal. Once the gnome-terminal icon is selected press ENTER key or select it by using left-click mouse button. If you wish to start your terminal as a root user enter the gksu gnome-terminal command. 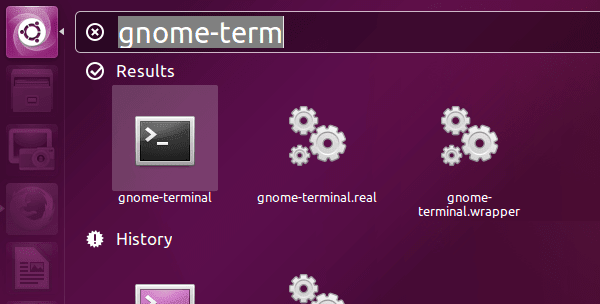 The universal, but at the same time least preferred way of opening a terminal is by invoking TTY console. The advantage of opening TTY console is that it always works even of your GUI desktop hangs or gets stuck from some unforeseen reason. To get into a TTY terminal enter the following key combination: To return enter:
FIND LATEST LINUX JOBS on LinuxCareers.com
Submit your RESUME, create a JOB ALERT or subscribe to RSS feed.
LINUX CAREER NEWSLETTER
Subscribe to NEWSLETTER and receive latest news, jobs, career advice and tutorials.
DO YOU NEED ADDITIONAL HELP?
Get extra help by visiting our LINUX FORUM or simply use comments below.