The purpose of this tutorial is to mount NTFS on Linux. NTFS stands for New Technology File System and is created by Microsoft for use on their Windows operating systems. It doesn’t see much use on Linux systems, but has been the default file system on Windows for many years. Linux users are probably used to seeing drives with the ext4 file system, which is normally the default and definitely the most widespread in the Linux world. 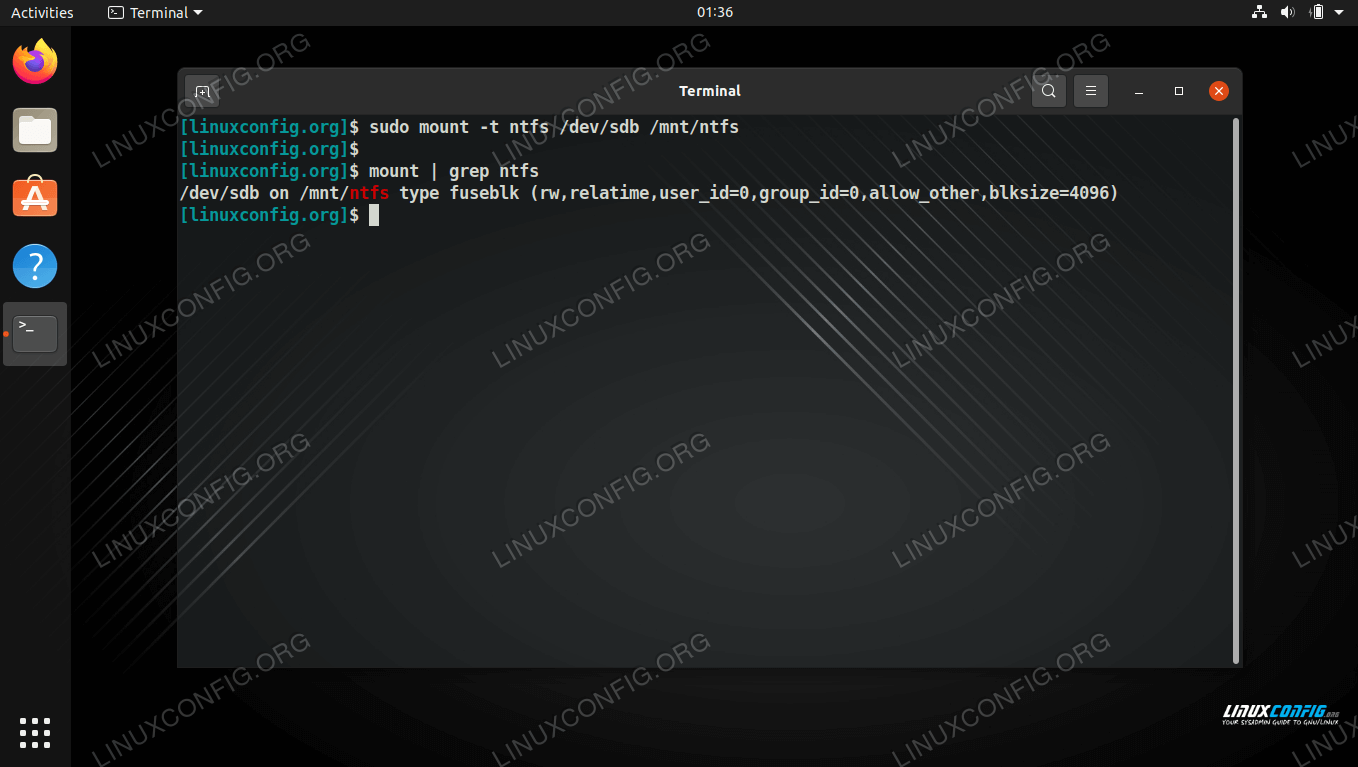 Mounting an NTFS partition on a Linux system

Linux systems rely on a software package called “ntfs-3g” in order to have the ability to mount NTFS formatted hard drive partitions. This works along with “fuse”, and both of these packages are very likely to already be installed on your system by default. We’ve tested numerous distributions and all of them came with the native ability to mount NTFS partitions because they already have these packages installed.

Just to cover all our bases, you can use the appropriate command below to check if the ntfs-3g and fuse software, along with their dependencies, are installed on your system. If they aren’t, they will be installed when you execute this command. And if the packages have fallen out of date, they will be updated.

To install ntfs-3g and fuse on Ubuntu, Debian, and Linux Mint:

To install ntfs-3g and fuse on CentOS, Fedora, AlmaLinux, and Red Hat:

To install ntfs-3g and fuse on Arch Linux and Manjaro:

After installing ntfs-3g (or verifying that it’s already installed), you can use the following command line examples to mount an NTFS formatted partition on your system. Use whichever commands you find most appropriate for your scenario. 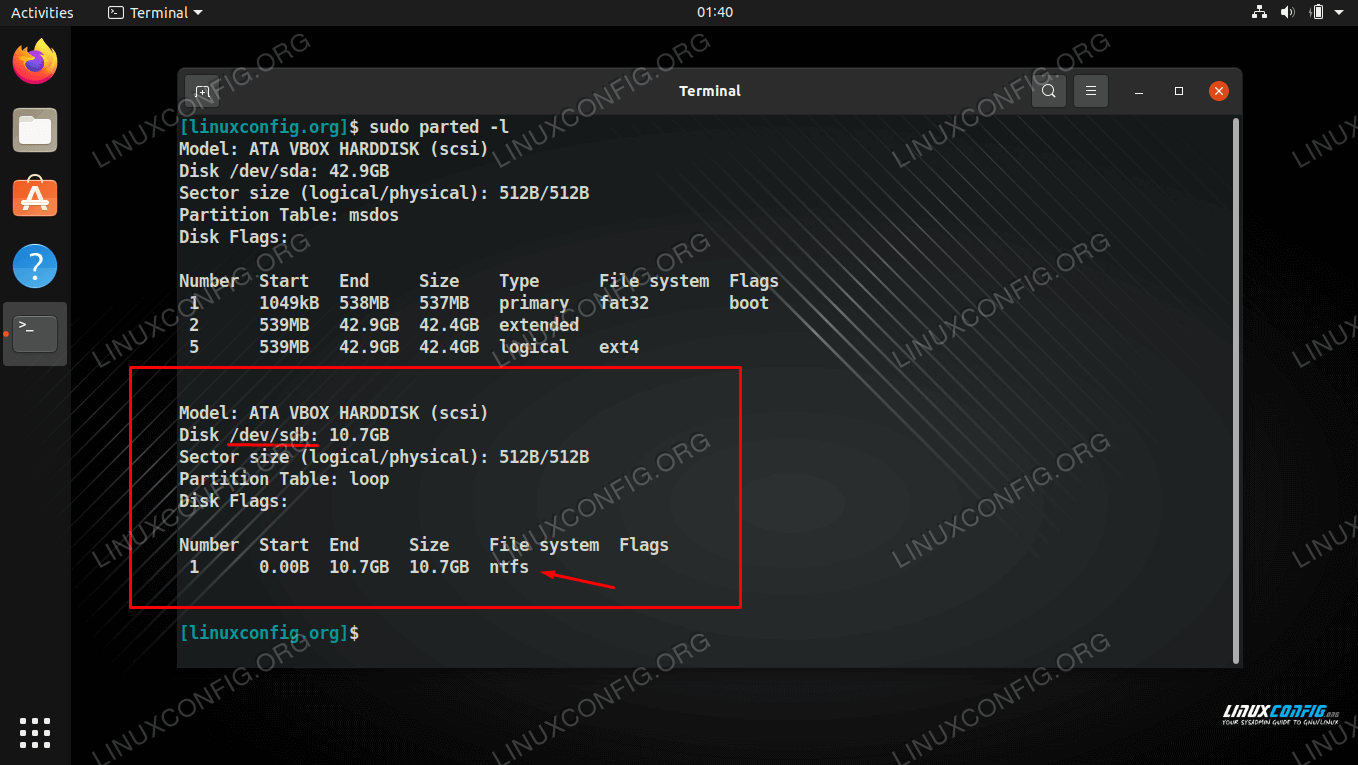 Then, create the path where you plan to mount the partition, if it hasn’t already been created.

To make the NTFS partition mount automatically each time the computer boots up, we’ll need to add a line to the /etc/fstab file on our system. Use nano or your favorite text editor to open it up under root permissions.

Then, add the following line to the file, while substituting your own device directory and mount path. 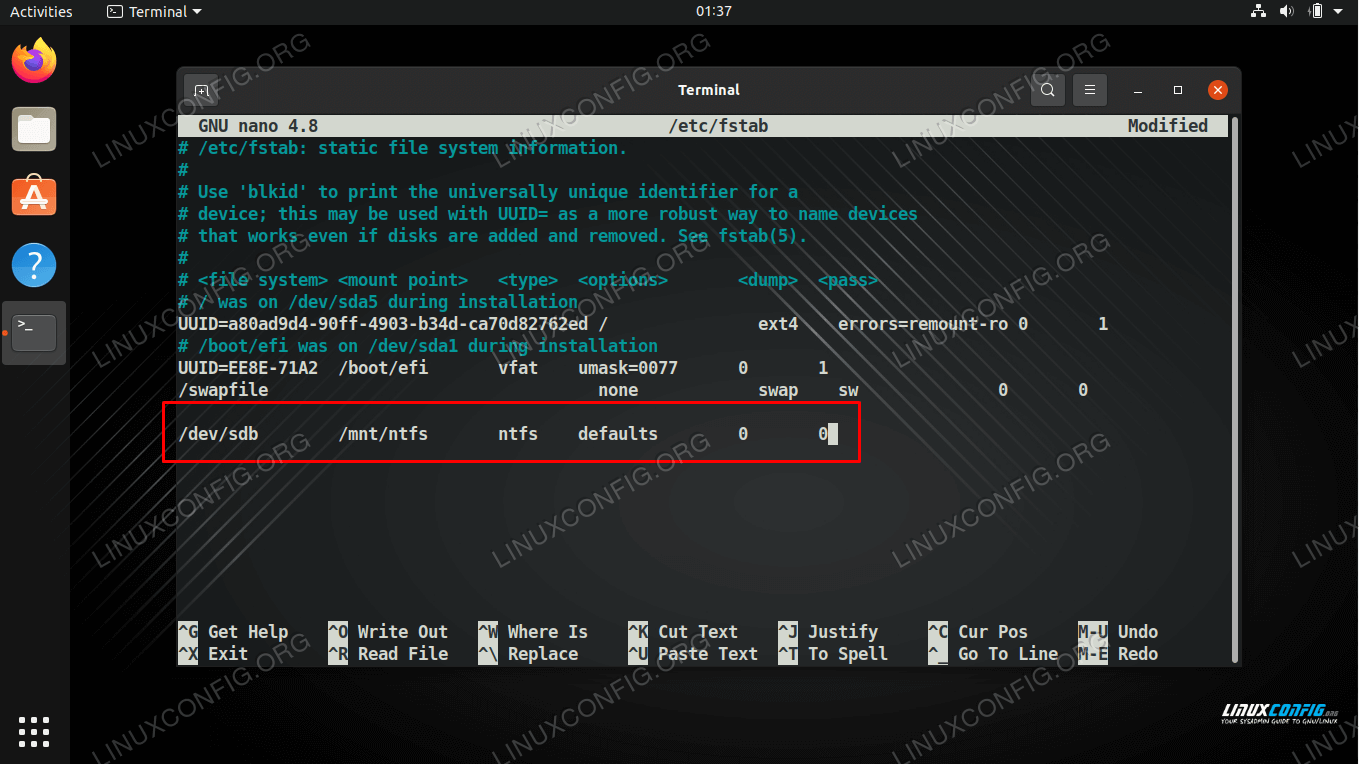 After you’ve made that addition, save the file and close it. To activate the new change right away, you can execute the following command.

Otherwise, the partition will mount automatically upon the next system reboot.

In this guide, we saw how to mount an NTFS formatted partition on any major Linux distribution. This is facilitated by the ntfs-3g and fuse software packages, which are normally installed by default on most systems. Other than this requirement, mounting and accessing NTFS partitions is mostly the same process as any other type of disk. This will give users access to files that once belonged to a Windows computer.

A user may find themselves mounting an NTFS drive in cases where they must perform file recovery on a Windows-formatted disk. Other cases might include if they need to read an external or portable hard disk, which has been formatted with NTFS. Even after using the NTFS disk on your Linux system, it should still work fine when it goes back into a Windows computer, provided there was nothing wrong with it in the first place.