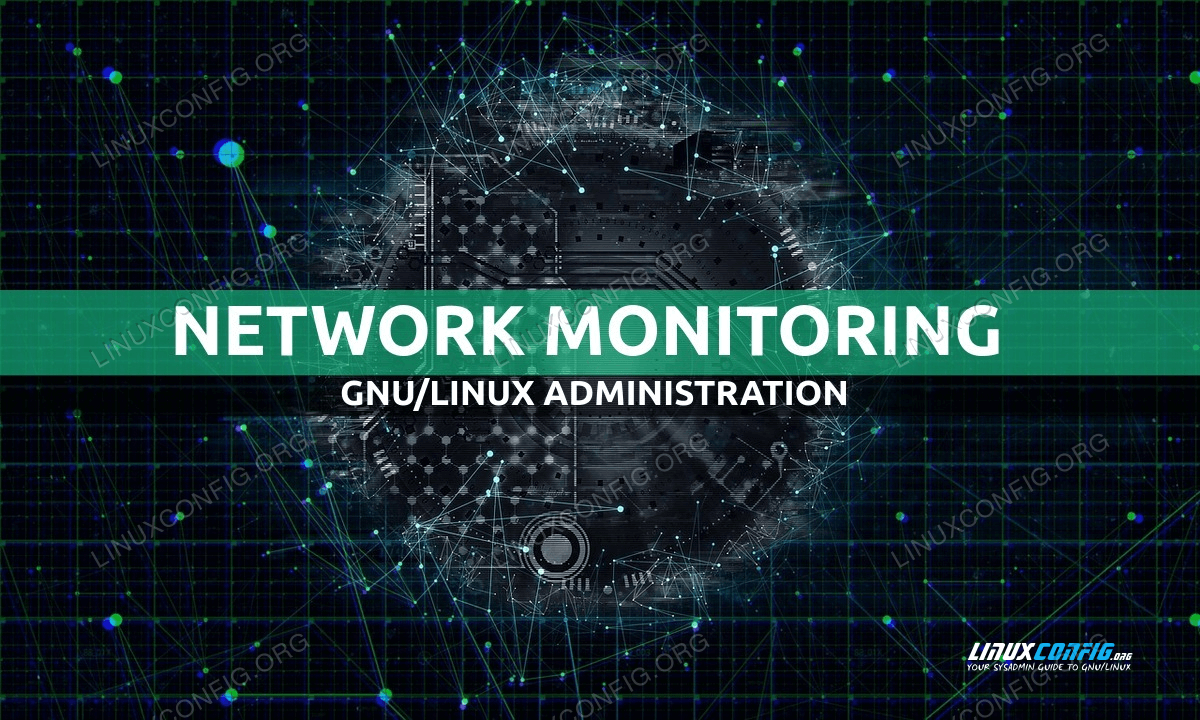 How to monitor network activity on a Linux system

Netstat is a powerful utility that can print network connections, routing tables, interface statistics, masquerade connections, and multicast memberships. We will be using it to accomplish the former.

On Red Hat Enterprise Linux and Red Hat based systems, use yum,

First, let’s view the processes that are listening for connections. To do so so enter the following command.

When considering the client server model that most networking software is based on, listening processes can be thought of as software that is in “server” mode. There is nothing surprising about the output given our setup. These are all of the processes that you would expect to be listening for network connections on a fresh install of RHEL 8 running in VirtualBox.

For each listening process you can see the protocol being used, local address and port it is listening on, the user it is running under, and the PID/Program name. There is one important distinction to note here. For tcp4/udp4 connections(simply listed as tcp and udp) where the Local Address is listed as 0.0.0.0 the process is listening for connections from any machine that is able to connect to it over the network, whereas when it is listed as 127.0.0.1 it is only listening for connections on the localhost(the machine that it is running on or itself) and cannot be connected to by other computers on the network. The same distinction is true for tcp6/udp6 when comparing a Local Address of ::(network facing) and ::1(localhost only).

Now let’s take a look at all of the current network connections. To do this enter the following command, which is similar to the previous one except that we use -a to view all sockets instead of -l to just view listening sockets.

In the screenshot you will notice 2 connections in the ESTABLISHED state. Once again, there are no surprises here. One of them belongs to NetworkManager and works as a DHCP client to enable networking from the gateway server(In this case, the host machine). The other is a SSH connection to the machine that we made after port forwarding the ssh service with VirtualBox. Had we seen anything unexpected here then it may be cause for further investigation.

You may find yourself in a situation where you only want to view the ESTABLISHED connections. This is as easy as piping the output of netstat to grep like so.

Doing so for each of them reveals that they belong to Wikimedia, Google, Google, and Akamai respectively.
This makes sense considering Wikimedia owns and hosts wikipedia and it is very common for sites to load resources that are hosted on servers owned by Google and Akamai. In fact, examining the source code of the wikipedia homepage reveals that it loads the Google Play Store app-badge from google.com and the Apple AppStore app-badge from apple.com.

Navigating to the urls for these 2 app badges individually and issuing the above netstat command does indeed verify that they are hosted on servers owned by Google and Akamai respectively.

The netstat command has long been a favorite of sysadmins, however it has recently been replaced by the ss command which boasts of being faster, easier, and more human readable than netstat. Let’s see how to accomplish the same actions as performed above using ss. Ss also has a -e option to view extended information, but that option has been omitted from the examples below because it produces additional information that may result in less readable output.

To view all listening processes enter the following.

In this command t displays TCP connections, l shows only listening sockets, u displays UDP connections, n represents addresses, users, and ports numerically, and p shows the program to which the connection belongs.

To view all network connections enter the following, where a replaces l and shows all network sockets not just listening ones.

Just in case netstat and ss weren’t enough for you, we present lsof. Lsof is used to list open files. GNU/Linux inherited the UNIX design principle that everything is a file; this includes network connections. As a result, lsof can be used to view network activity in a manner similar to the aforementioned commands.

To view all network connections enter the following.

This will miss any processes that are listening over UDP, so it may be desirable to instead enter the following to include those as well.

Monitoring data being sent over the network

We have seen how netstat, ss, and ifconfig can be used to monitor what network connections are being made and to whom, but it is often desirable to see exactly what data is being sent over the network. To accomplish this goal we require applications that are capable of packet sniffing. Two programs that specialize in this area are tcpdump and wireshark.

We have previously written guides on how to install wireshark on RHEL 8, The Basics of network protocol analyzer Wireshark On Linux, Filtering Packets In Wireshark on Kali Linux, and the Network Monitoring section of Linux system and hardware monitoring made efficient includes a nice introduction to tcpdump.

In this article we discussed how to view listening processes, established connections, and all network connections using netstat, ss, and ifconfig. We then introduced tools to examine the actual data being transmitted over the network and linked to great resources that are invaluable in discovering how to use them.