User management is an important part of Linux administration, so it’s essential to know about all the user accounts on a Linux system and how to disable user accounts, etc. In this guide, we’ll show you how to list the current users via command line and GUI. This will include a GNOME desktop environment as well as KDE. 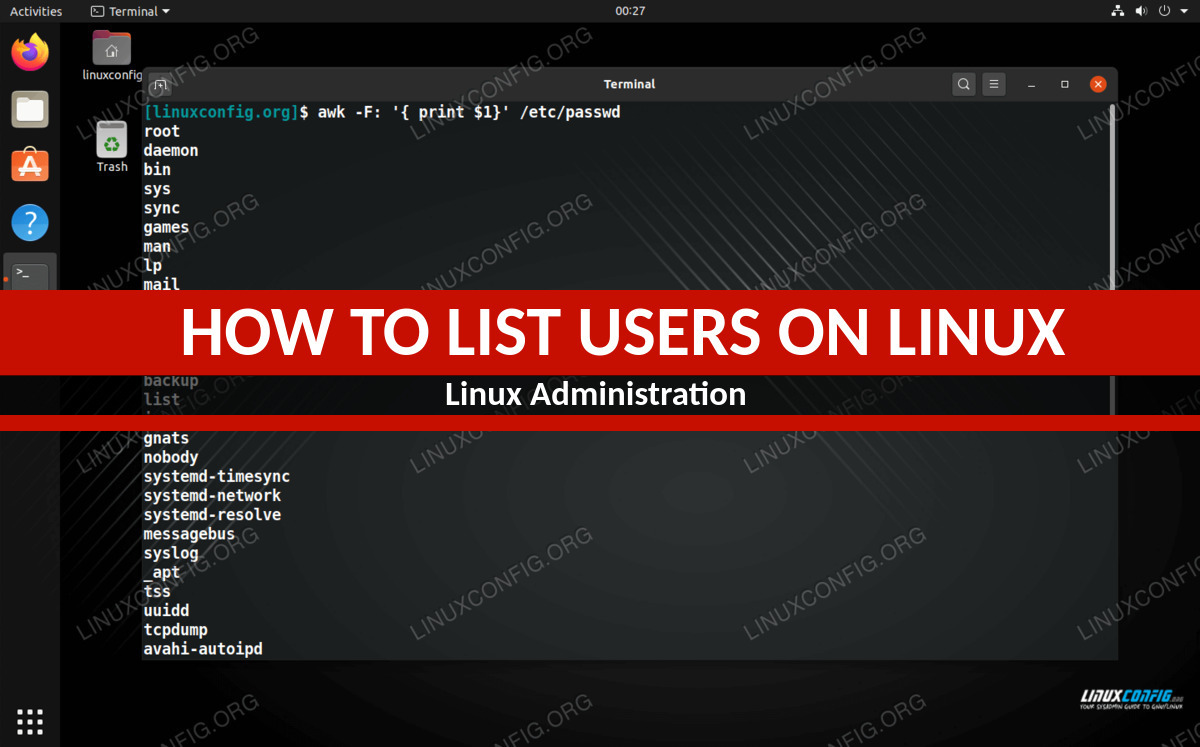 User information is stored in the system’s /etc/passwd file. Looking at the contents of this file will allow us to see a list of the users on a system. Each user will take up one line in the file.

Open a terminal on your system and type the following command to list all users: 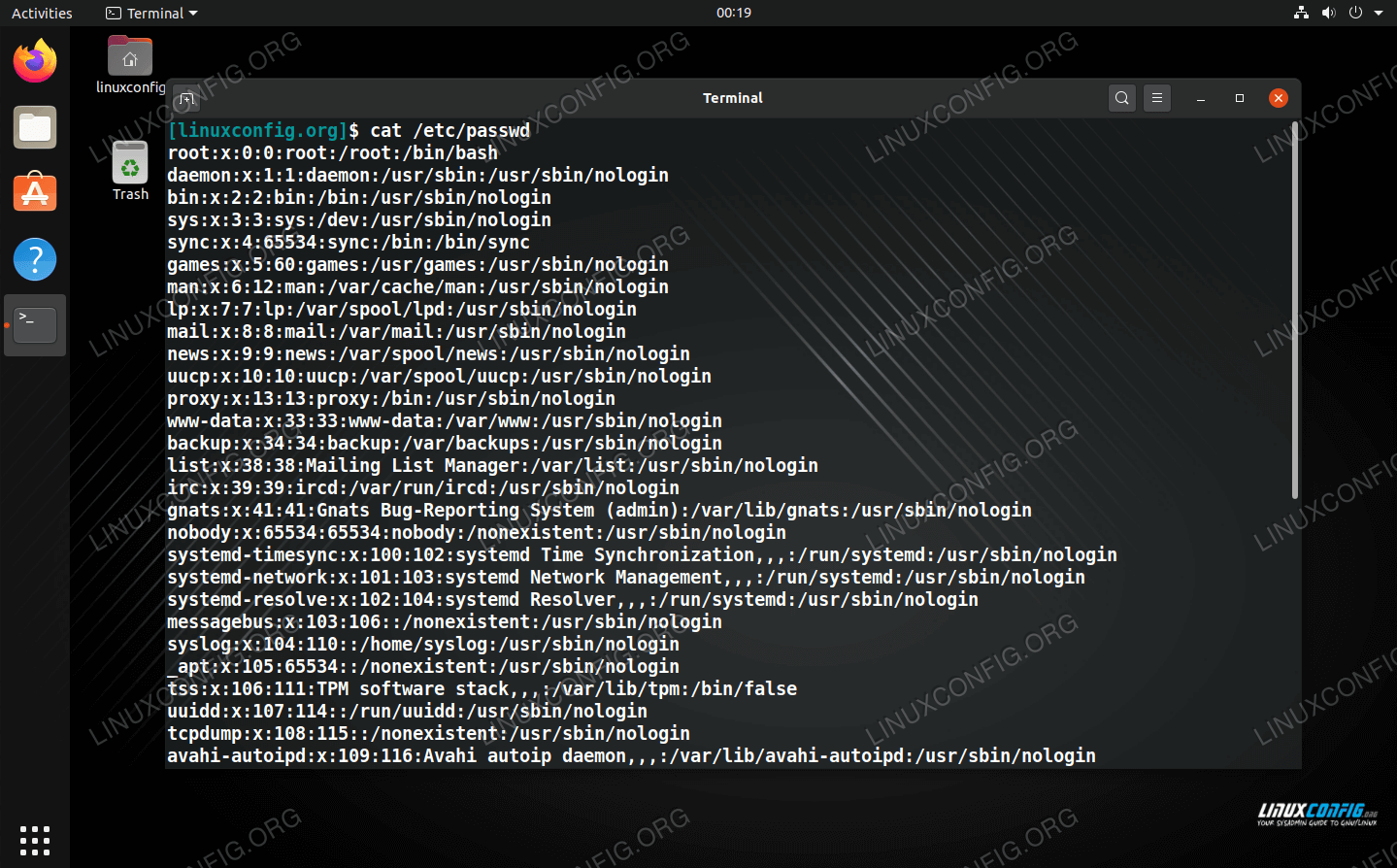 At the beginning of every line is the name of a user account. In total, there are seven fields of data which are separated by colons. To help you comprehend this file, here’s what each field means:

Since this output is way too much if we only need the names of the users, we can use the awk command to display only the user names of the accounts. 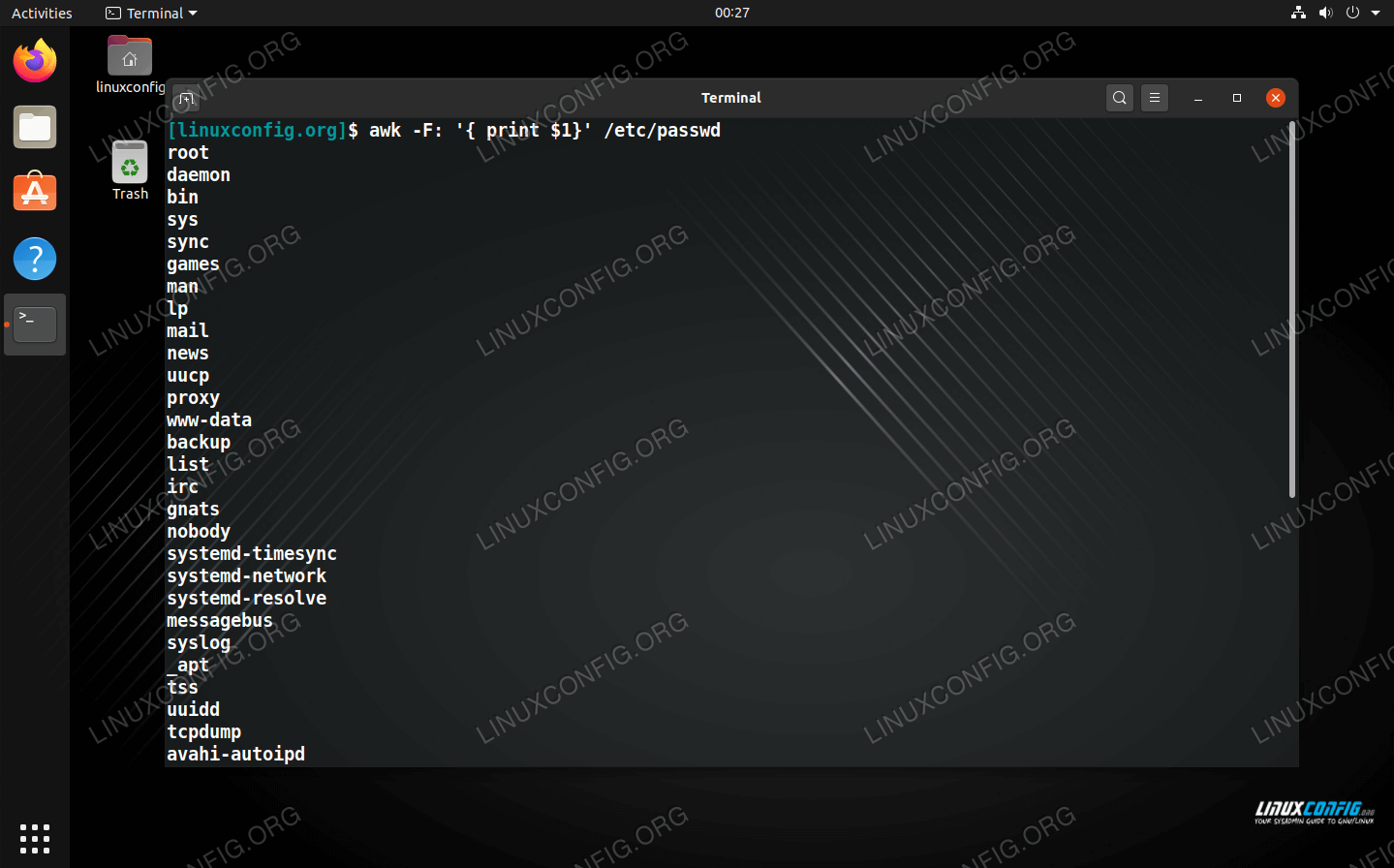 To check for a specific user, you can always pair this with the grep command:

To see a list of users in GNOME, you’ll need to install the gnome-system-tools package. You can install it by typing the following command in terminal if you’re running Ubuntu or another Debian based distro:

Once it’s installed, you’ll be able to open the Users & Groups application. 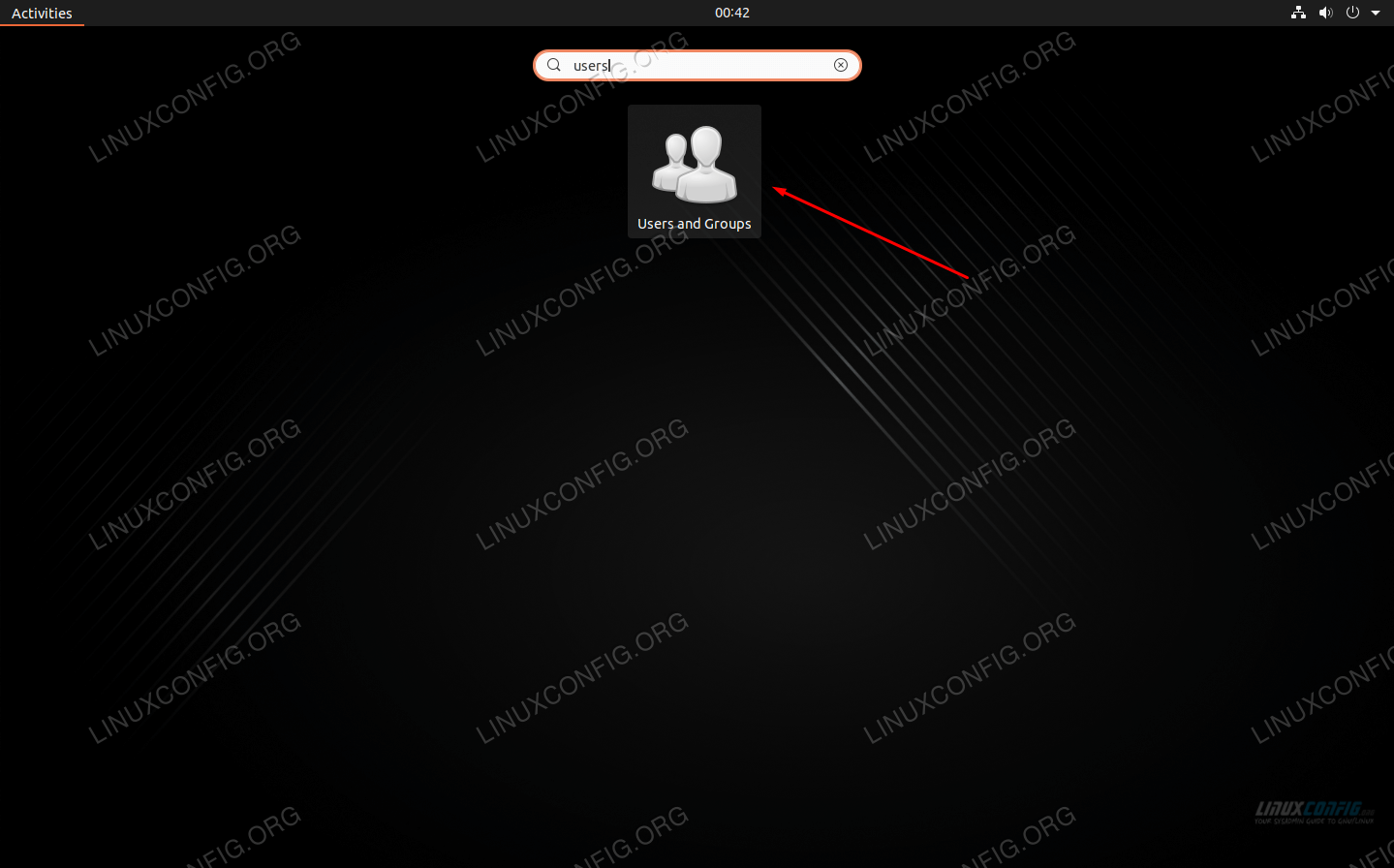 Search for and open Users and Groups 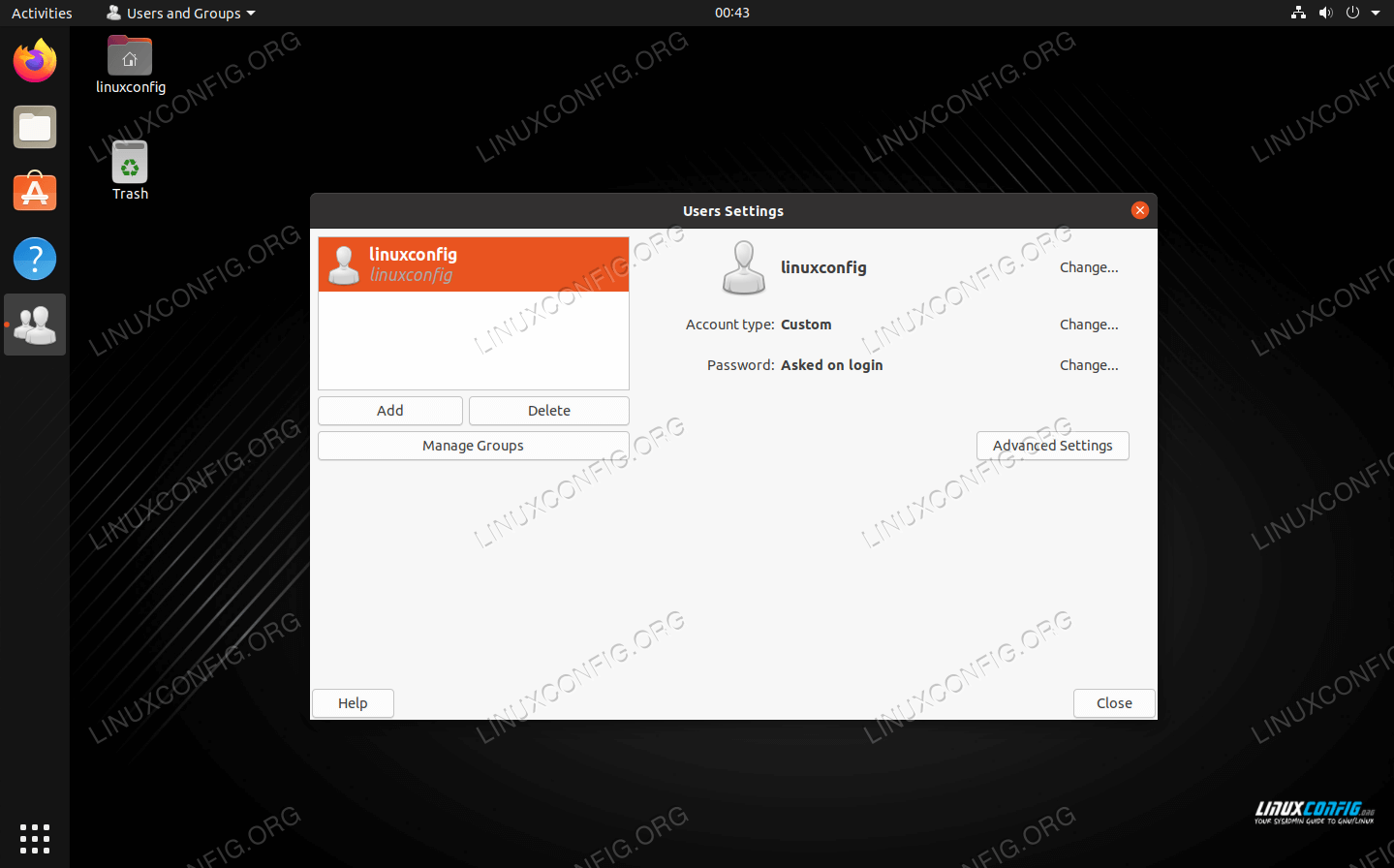 KDE has a built in user management menu. You can simply search for it in the app launcher. 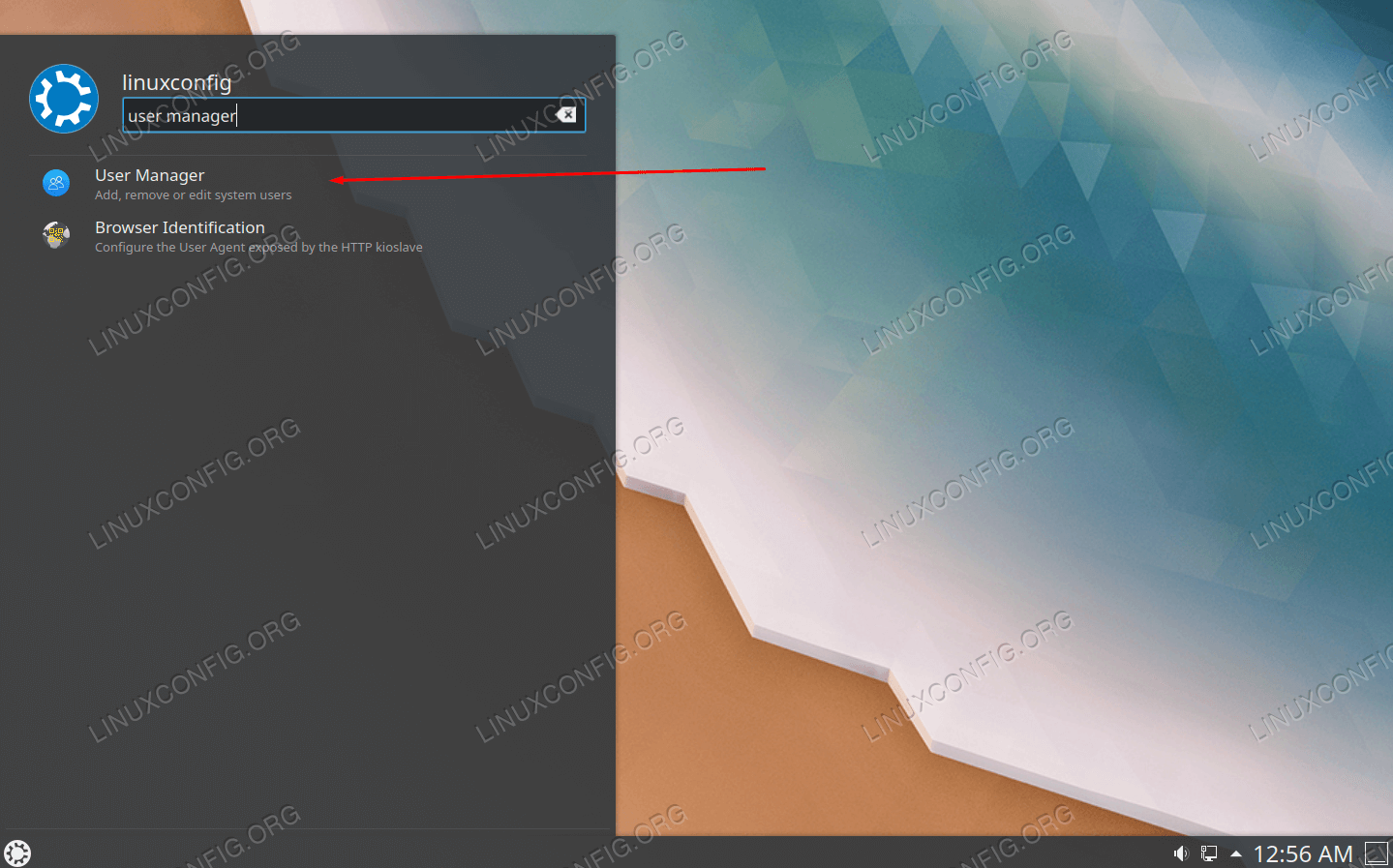 Search for User Manager in KDE 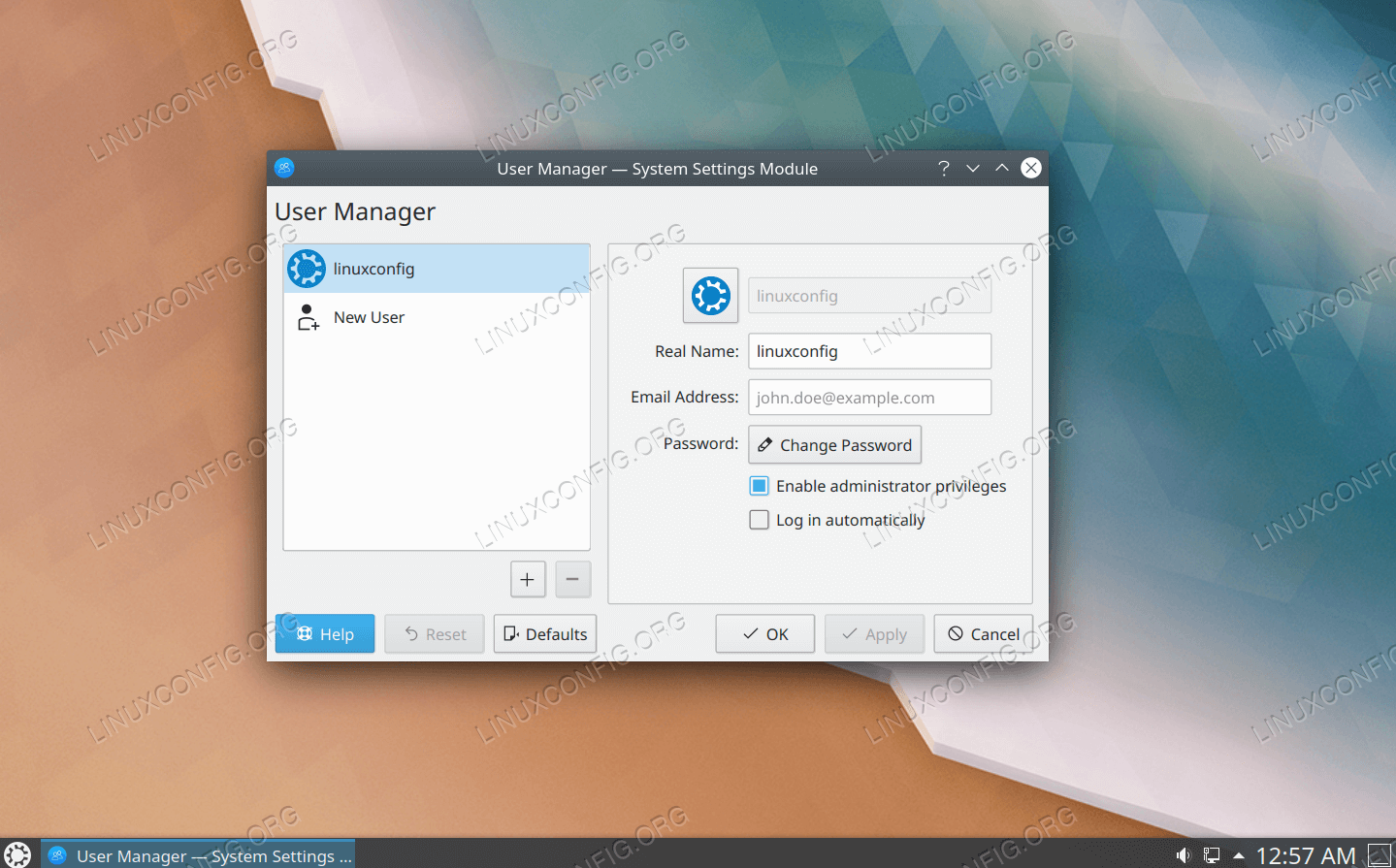 In this article, we saw how to list users on a Linux system. We learned about a command line method, which was proven ideal for listing all normal and system users, but we also learned how to do it in GUI via GNOME and KDE desktop environments. The GUI methods are effective but they don’t list system users. You should pick whichever method is easier for you and most appropriate for the situation at hand.