There might come a time when you want to know if you have already installed a certain package on your RHEL 8 / CentOS 8. An application to be manually installed might require certain dependencies to work so you’ll have to check beforehand if these are satisfied. Or you might want to compile something and want to make sure you have all the right header libraries on your system. 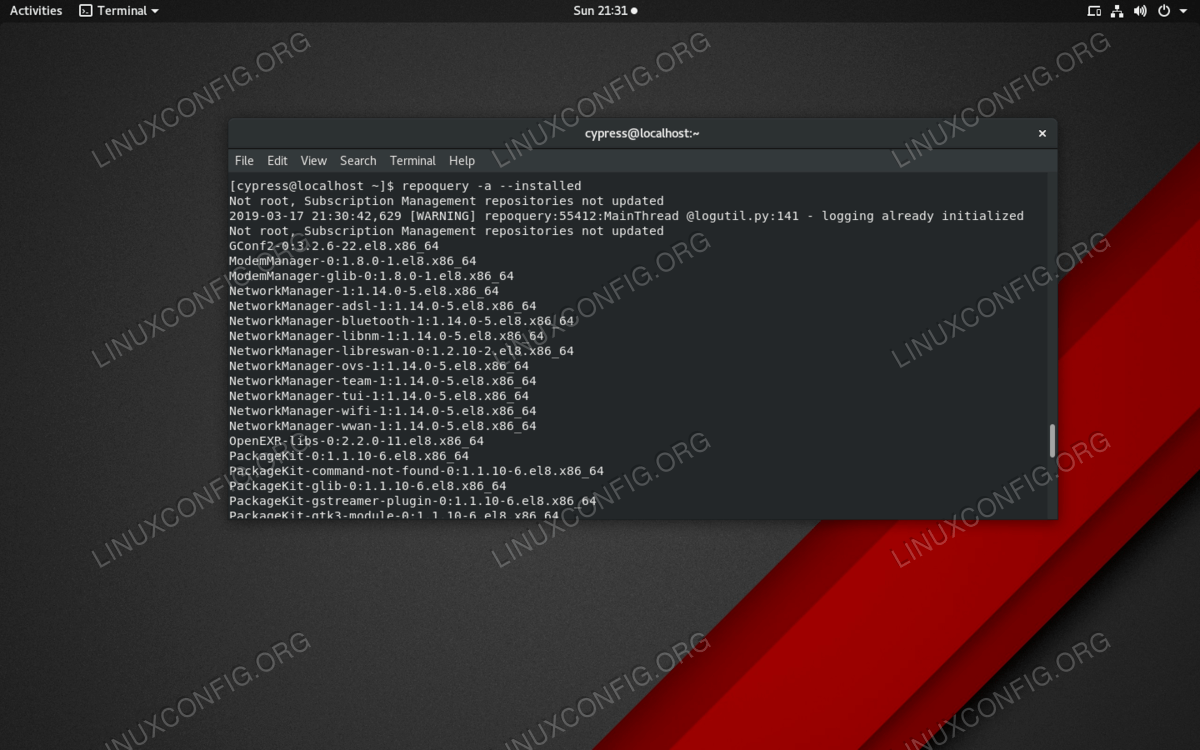 This will list all installed packages in alphabetical order. You can pipe the output to grep if you are looking for something in particular, say anything related to the bzip2 package:

As you can see in the image below, the command lists both the bzip2 binary package and the bzip2 library package. You even get the version number of the software so, if you might need an earlier version installed, you’ll know when to downgrade. The dnf command works exactly the same way as yum, with the same attributes, so you can use that if you fancy it. 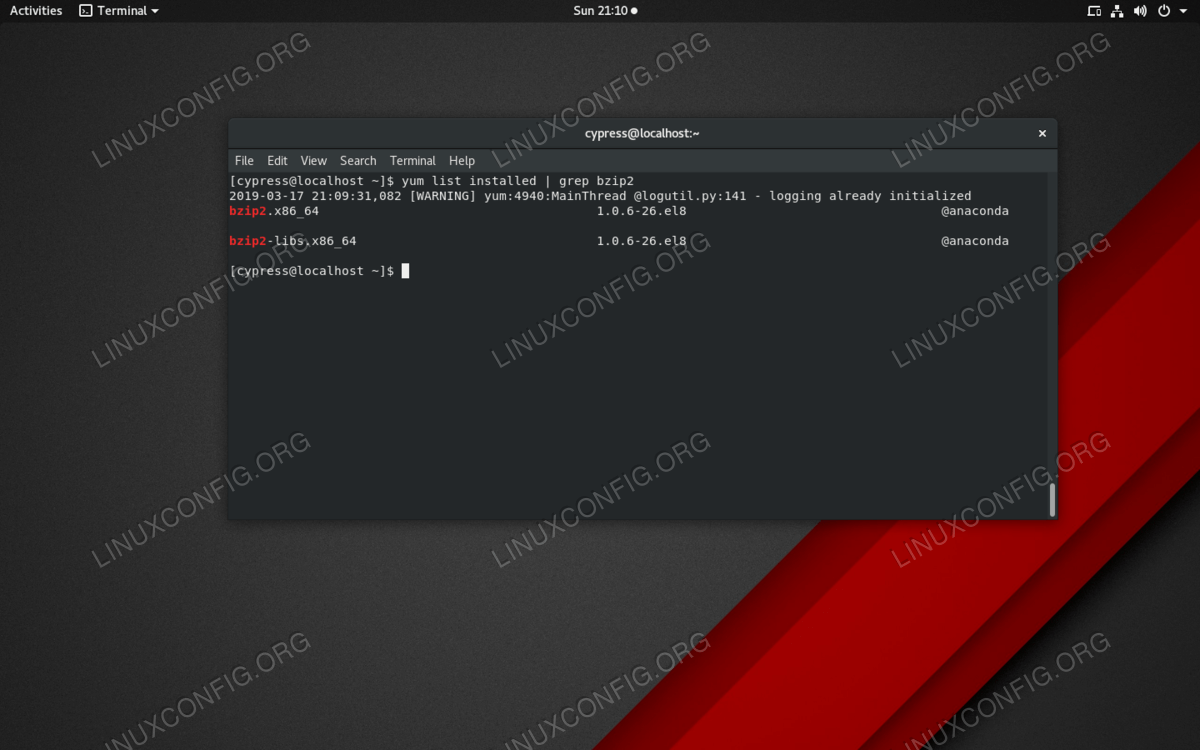 Another way to list available packages is to use dnf-utils. The package set is used to manage repositories and one of its functions is the ability to list installed packages. Make sure you installed dnf-utils with

then use the repoquery command that comes with dnf-utils to list all installed packages:

Same as with the piped grep above, we can also use grep here to filter what we are interested in: 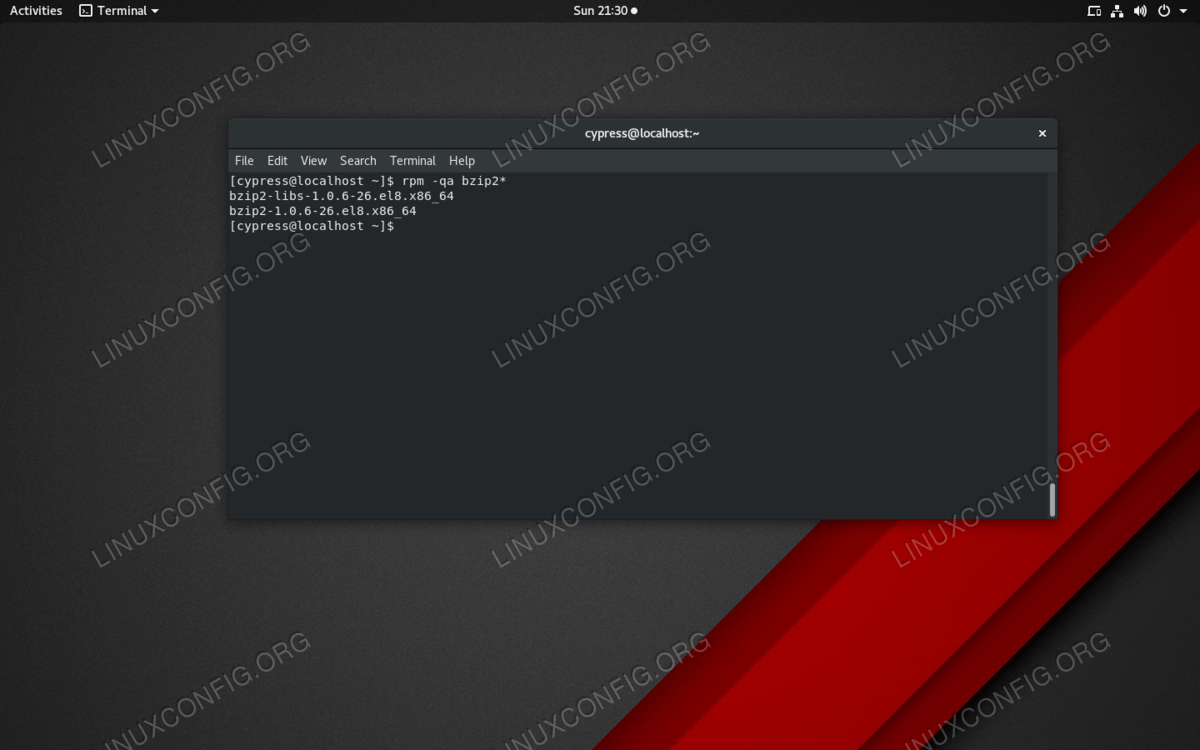 And finally – the GUI

If you want to use a graphical user interface, the Software package management application offers a tab listing all installed applications. The downside being that it only lists the names of the applications and not their package names; dependencies are also not shown and the overall information provided is limited. 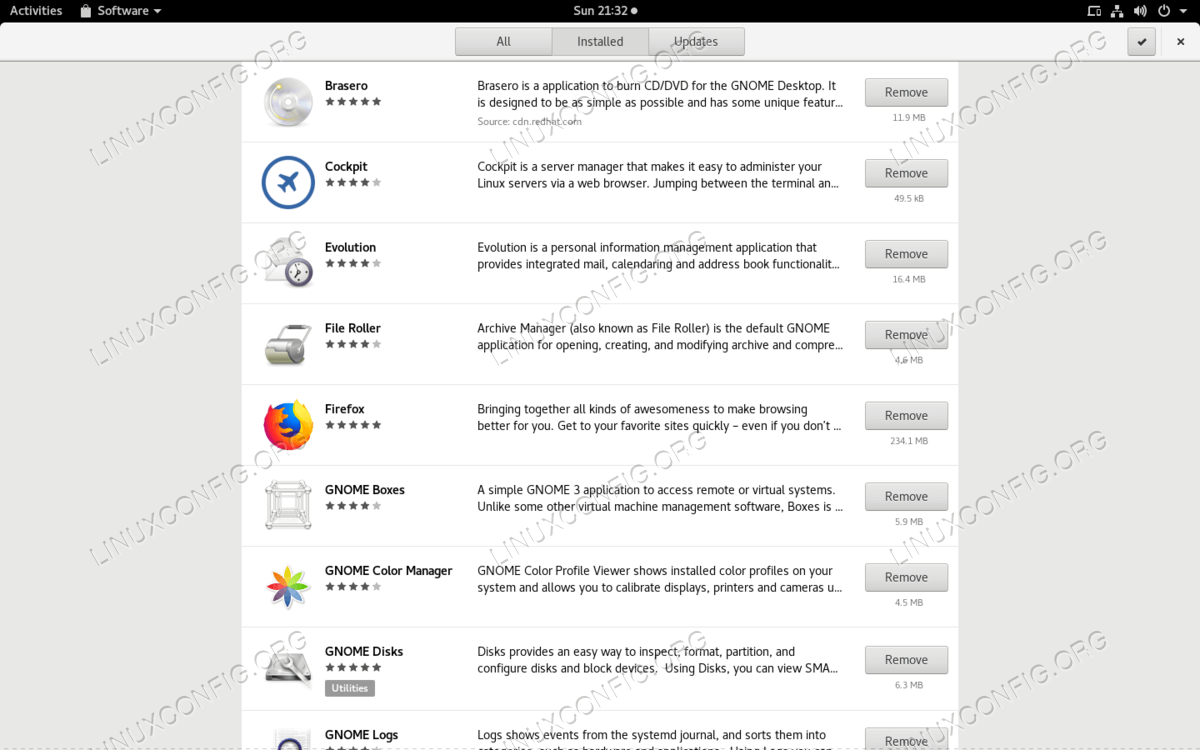 Software lists installed applications but not their dependencies and package names