How to kill a process on a Linux system is an essential thing for admins and users to know. The go-to method for this is usually with the kill command, which involves killing a process by its PID (process ID).

In this tutorial, we’ll go over both killall and pkill commands and show examples for how they can be used to kill processes by name only. 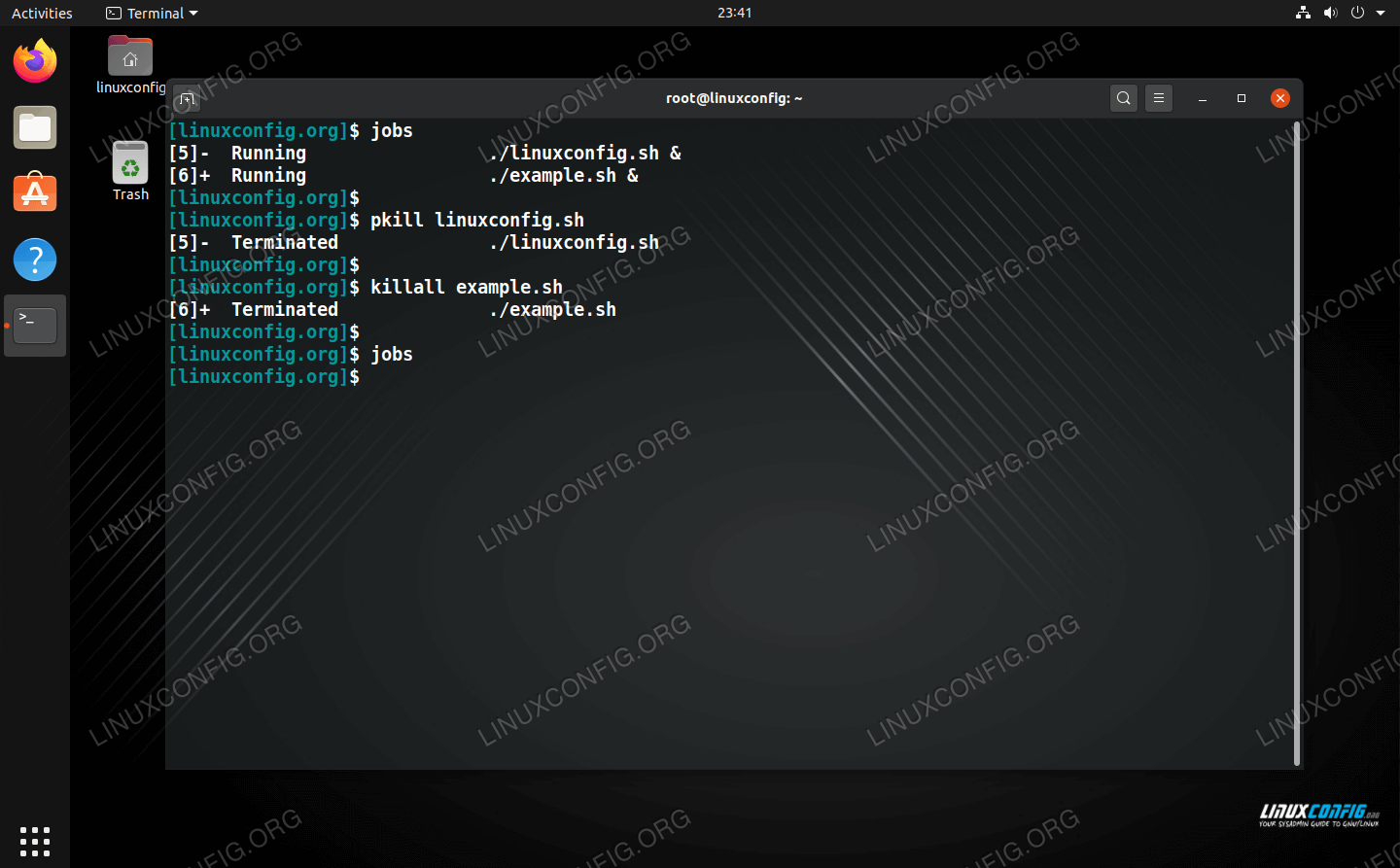 Killing a process by name on Linux

Kill process by name with killall and pkill

The first thing you’re probably wondering is, how does killall differ from kill?. There are two key differences. First, killall accepts a process name as an argument rather than PID. And the other difference is that killall will, as the name implies, kill all instances of a named process. Contrast this to the regular kill command which only ends the processes you explicitly specify.

Unlike pkill, killall requires that you specify the exact name of a process. Let’s look at some examples of how it works by killing a few instances of the same bash script with just one command. 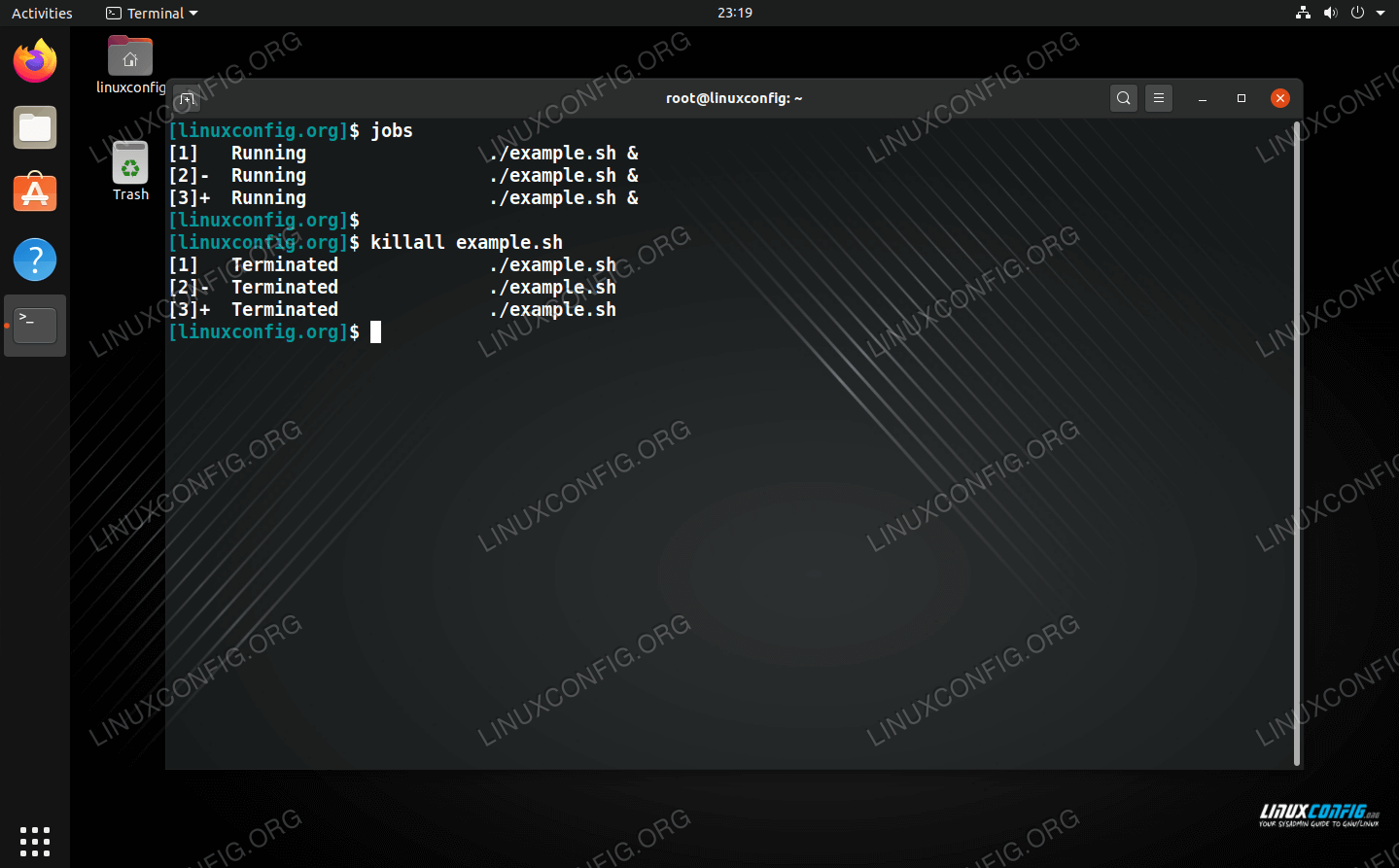 In this case, it’s definitely a lot easier to kill all these processes with a single command than having to specify each PID with kill. However, killall doesn’t discriminate and targets all instances of our script in the example. If we had only wanted to kill, say, two of them, then we’d still have to resort to using the kill command.

The other command we could have used is pkill. This differs from killall by not requiring us to specify the exact name of a process. So, using our previous example, we could kill all three processes of example.sh with a command like this: 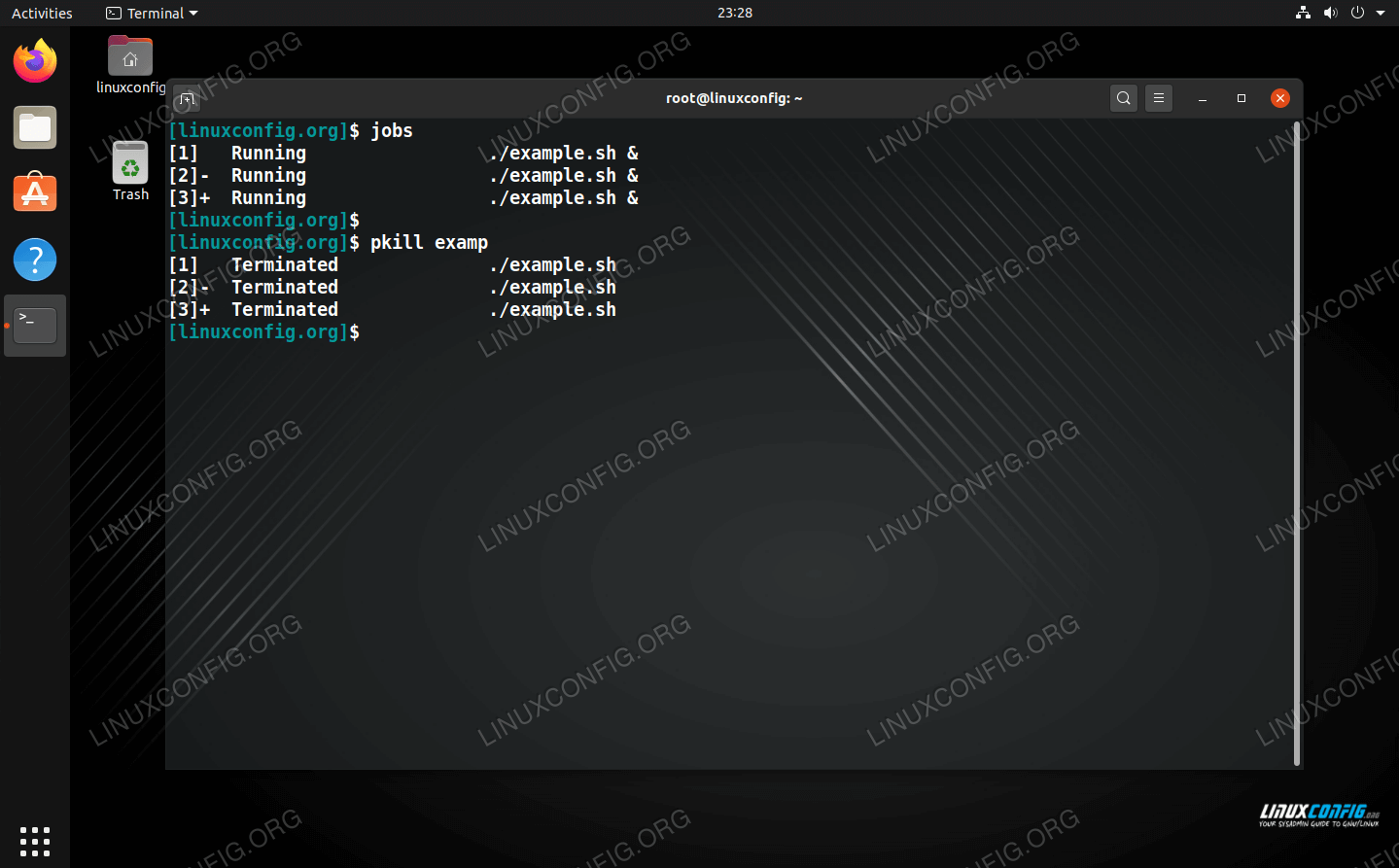 Using pkill command to kill a process by name or pattern

As you can imagine, you should use a lot of caution with the pkill command because you could easily kill a process that you didn’t intend. For instance, if we had another script example2.sh running, the previous command would’ve also terminated it. Sometimes this may be a good thing, but just be aware that the pattern matching can sometimes extend to more processes than you realize. You could always use the pgrep command to get a preview of how many processes pkill would terminate.

Note that the killall and pkill commands will accept most of the same options as the regular kill command. For example, a common option specified with kill is -9 to send a SIGKILL signal to a process. The syntax works the same on the other two commands. See the example below.

In this guide, we saw how to kill a process by name with the killall and pkill commands. Each of these commands come with their own extensive list of options, many of which overlap with each other or are based off the kill command. Still, the killall, pkill, and kill commands have their own niches that they fill and it’s helpful to have all three in your Linux admin tool belt. Check out the man pages if you want to get a feel for their more advanced usage.