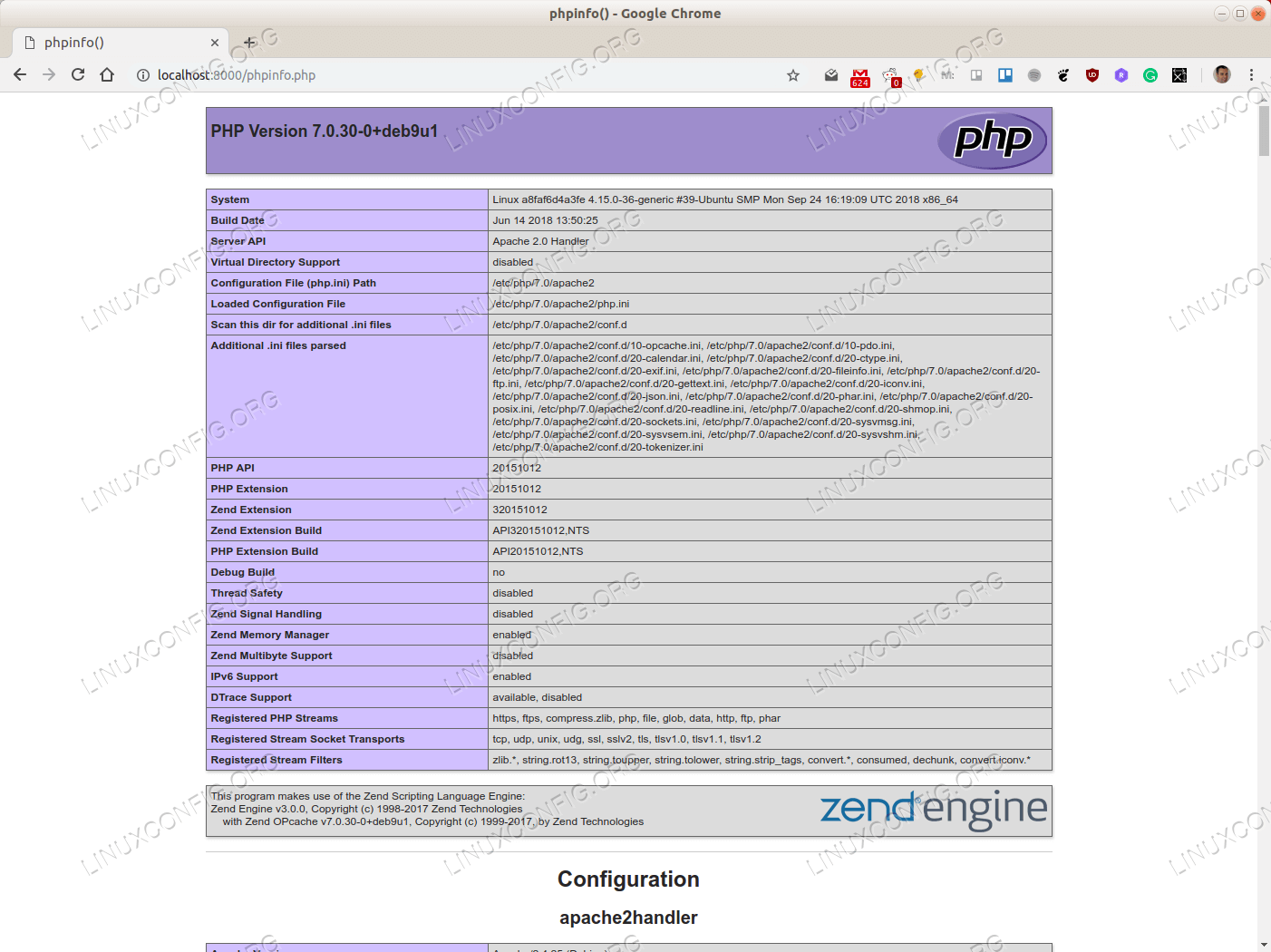 How To Interact With Docker Containers

In the first article of this series, you learned Docker concepts and some basic commands and saw how you can easily run software in a compartmentalized way, without touching your host operating system configuration. Let’s now go deeper, getting inside a running container and executing some commands.

Executing commands inside a running container

So, let’s start a Debian instance using a similar command line of the previous article, but with two differences: let’s give it a name (--name debian_container), so we can refer to it later, and allocate a terminal for it to run (-it).

We can interact with a running Docker container. You’ve been told before that the containers share the same kernel as the host operating system. Let’s check.

The command docker exec above executes the given command inside the container and show it’s output.

All docker commands have an associated help, therefore we can see the options docker exec accepts:

Now you can play around with other commands:

If you tried but couldn’t execute a command inside the container, probably it’s not there. The image (as all other images) is built from a minimal Debian setup, so any additional tool has to be installed. It accomplishes two objectives: smaller disk size and improved security since less software means fewer bugs to be exploited.

Now, let’s get inside the container.

Installing Software Into a Container

We now have a shell inside the container with user root. Since this is a trimmed down version of Debian, there aren’t even the commands top and ps. Let’s get them installed.

You can see what’s running with top and ps -ef.

Notice that many files have been downloaded by apt update and apt install. They all exist in the disk of the running container. They still exist if the container is stopped and started again (docker stop debian_container; docker start debian_container). But they don’t exist in the image. It means that, if you remove this container (docker rm debian_container) and start a new container, you’ll have to install package procps again. Also, if you start the Debian image in another host, you will also have to install procps again. We’ll see later how to persist the image with disk modifications, so next time you start a container, all software will be installed.

Now, let’s get Apache and PHP installed. The command below will take long to finish and will download and install all dependency packages, including Apache and PHP — it will take some minutes. In the end, start Apache and access localhost in port 8000 on your web browser (http://localhost:8000). You shall see the default Debian page for Apache. 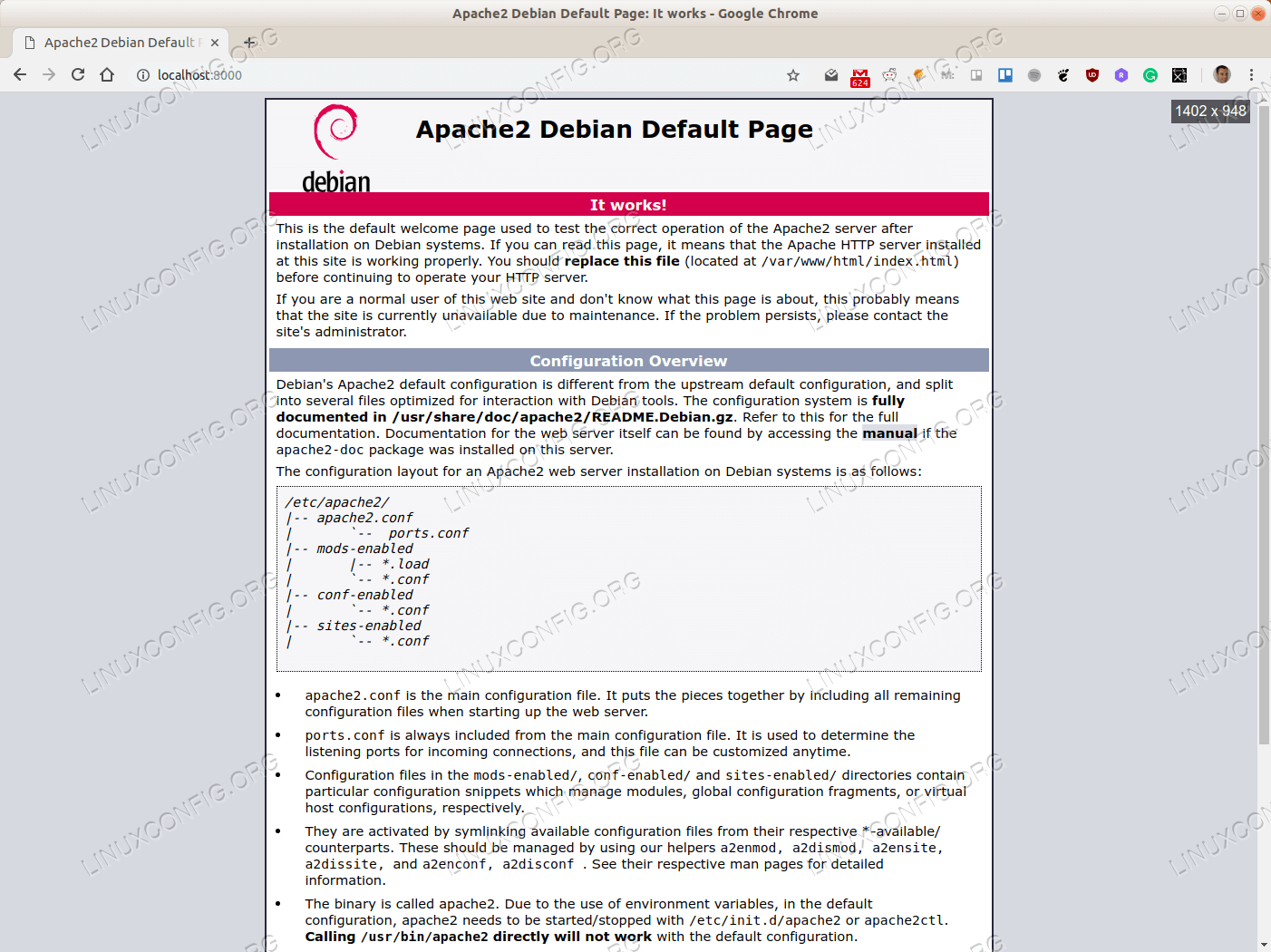 Committing To An Image

The next article will show how to create a customized image in an elegant (and strongly recommended) manner, using a Dockerfile. For now, you will learn a hack that can be helpful in specific situations where it’s not possible or desirable to write a Dockerfile. Extending images with a Docker file if preferred because it can be easily edited while committing the container state to a new image leaves no trace of the changes made unless a laborious filesystem layer analysis is performed.

Listing images in the host cache.

Notice that there is a new image in your host. One interesting characteristic of image and container management is that Docker will only store the difference of disk state between the current image and the image it is based upon, so no redundant disk space is wasted. For this, Docker uses a layered filesystem that uses the copy-on-write approach: when a new container is created it inherits the same disk of the image and, as modifications are made to files, they are written in a new layer.

Docker maintains lots of information about Docker objects. The command docker inspect is used to view them.

After playing around with containers and images, the disk of the host will eventually fill up with abandoned entities that need to be cleared so you can reclaim disk space.

The command docker container prune will remove all stopped containers. Be careful: once the container is removed, any associated state is lost. Make a backup or commit changes to an image before.

The command docker image prune will delete all unused images. We haven’t yet built images, but this command will be useful in the next article.

In this article, you learned how to interact with containers and how to commit changes to images, although this approach is not recommended.

In the next article, you will create your own images with Dockerfile, the recommended way to customize Docker images.

More in this Docker article series