Fedora made the change to DNF back with Fedora 22, but CentOS and RHEL have stayed with YUM, until now. RHEL has jumped to the next gen package manager, and that’s a good thing, but if you’re missing YUM or have scripts that rely on it, you’ll still have access to the old package manager. What’s even better, you don’t need to do anything extra. 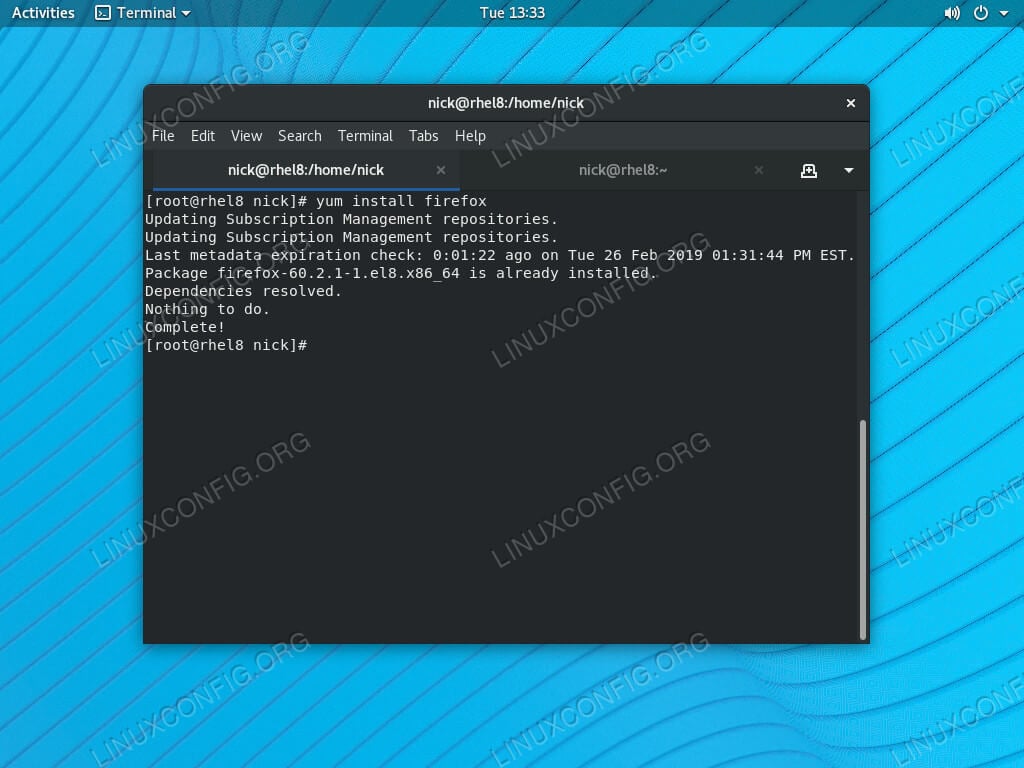 Open a terminal on your RHEL 8 / CentOS 8 system, and run the following command.

It worked, didn’t it? Try installing something with YUM, like you would on a RHEL 7 system.

It’s the same. Go ahead and try a few more commands. They should all behave exactly like on RHEL 7. Here’s the catch; YUM isn’t installed on RHEL 8 / CentOS 8. In fact, there isn’t even a package available for it. So, what’s going on?

Red Hat have been making server operating systems long enough that change can go over like a lead balloon. So, they’ve done two things to ease the transition to DNF. First, they created a wrapper script to take the place of YUM and pass everything along to DNF. Take a look at the YUM executable to see what it’s about.

That’s all fairly straightforward, but why does it work so well? That has everything to do with DNF itself.

Is there a Difference?

The differences between DNF and YUM are mostly technical and exist below the surface. DNF was built to be backward compatible with YUM on the surface level. Syntactically, they’re nearly identical. In reality, DNF is just a new iteration of YUM with better dependency resolution, speed improvements, and better memory usage.

It’s entirely up to you. You can keep on using the yum command, or you can switch right over to dnf. There’s no need to change scripts right yet, and you can take your time acclimating.

There you have it! YUM already is installed on RHEL 8, sort of. You don’t need to do anything new, if you don’t want to. Switching to DNF to install packages is really simple, though, so try it out.