Most laptops and mobile devices these days have a wireless card. Mobile connectivity is important more than ever. If twenty years ago Linux barely had enough drivers for a handful of on-board ethernet cards, now the wireless drivers embedded in the kernel grows with every kernel release. Further than that, hardware companies release their products together with Linux drivers, be they closed or open-source. In this article we will take a look at how to install wireless drivers in RHEL 8 / CentOS 8. 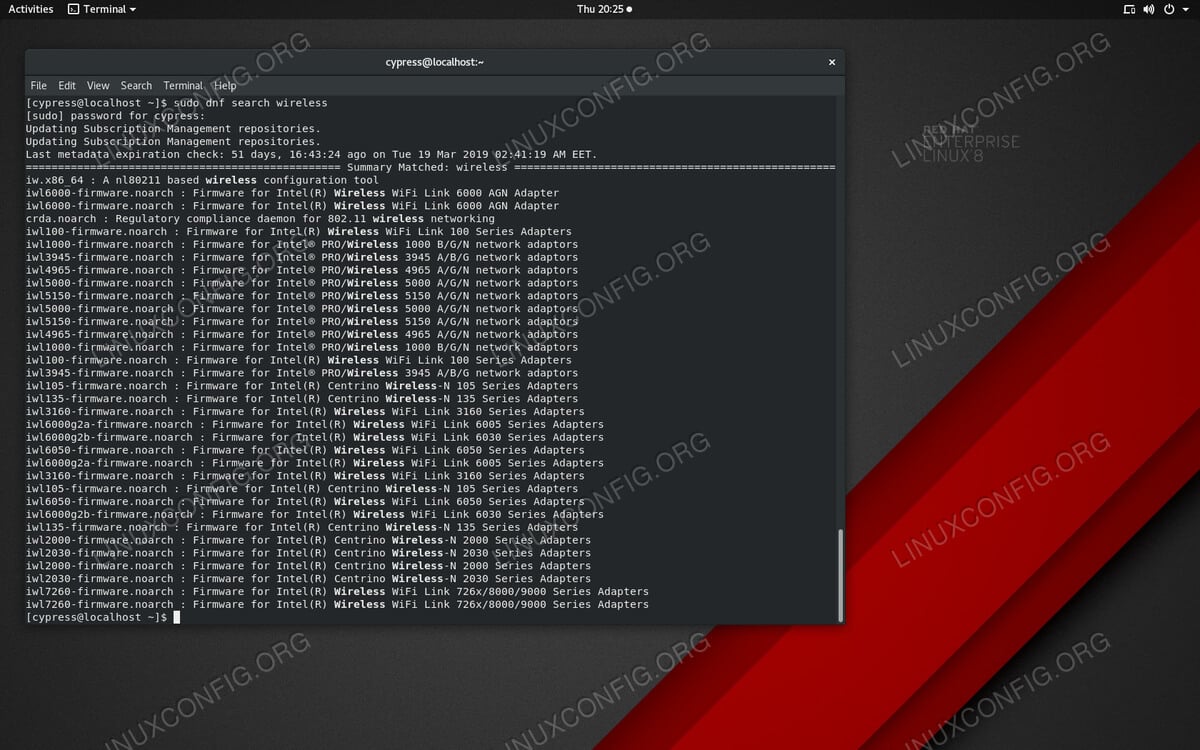 Using dnf you can search for available wireless drivers in the RHEL 8 / CentOS 8 repositories.

If your wireless card has not been detected automatically by the RHEL 8 / CentOS 8 kernel you can search for it first in the repositories. Do a

and you will be presented with a list of wireless drivers. Most of the drivers you will find in the official RHEL 8 / CentOS 8 repositories are for Intel cards. You can – for example – install the driver for Intel PRO Wireless 5150 A/G/N network adaptors using

Some wireless drivers do not come bundled with the Linux kernel and may not be present in the RHEL 8 / CentOS 8 repositories. Most come as binary packages that you have to execute or scripts that automatically install needed dependencies when invoked. Such a binary package or shell script has to be downloaded and made executable in order to be run:

Be they .sh or .bin files, these executables can be run after attaching the executable bit with

You will need to use sudo or become root with su - to run these because they will need to install files and modules in some areas of the filesystem that require administrator rights. Each driver package has its own set of indications once launched, but most are straightforward and easy to follow. Extremely few will require you to reboot so your wireless card will start working right away after driver installation.