If you’re running Kali Linux inside a VMware virtual machine, installing the VMware Tools software will help you get the most out of the system. VMware Tools will give the machine more capabilities, such as a shared clipboard with the host system, drag and drop file transfer, and automatic window resizing.

This makes copying data to and from a host system much more convenient. It also changes the VM’s resolution automatically when its window is resized, so you don’t need to change it manually. VMware Tools will work with just about any Linux distribution, but instructions can differ because of dependencies and package managers. Normally, Kali will automatically detect what platform the operating system has been installed on, and will include VMware Tools (if applicable) by default. If yours isn’t working or you just need to know how to use the features, we’ve got you covered in this guide.

In this guide, we’ll be going over the step by step instructions to get VMware Tools installed on Kali Linux. With these instructions, it doesn’t matter what host system you’re using, as long as the virtual machine is running Kali. This guide assumes that you’ve already installed Kali in the VM correctly. 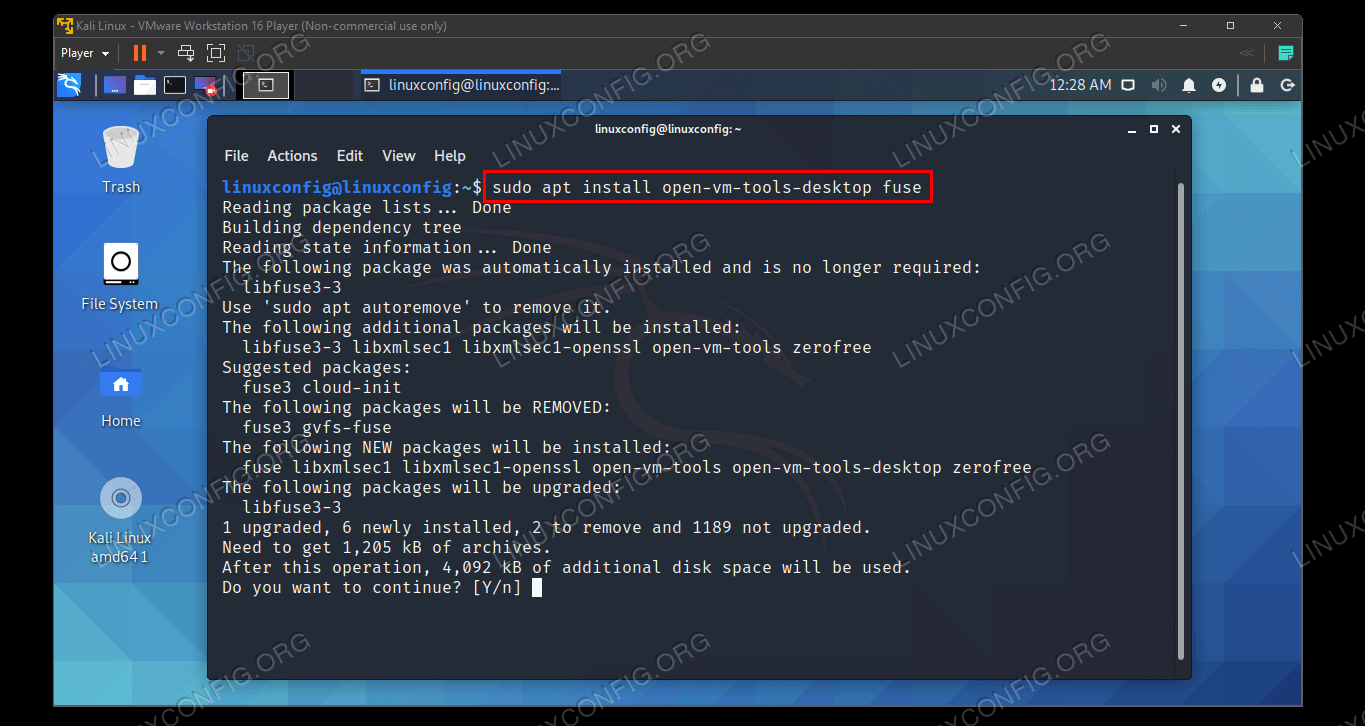 Make sure your Kali virtual machine is powered on. Then, follow along with the steps below to install VMware Tools.

That’s all there is to it. When Kali finishes loading back up, you’ll be able to utilize the shared clipboard, drag and drop function, and automatic resolution resizing. You can configure additional settings related to VMware Tools under Manage > Virtual Machine Settings > Options > VMware Tools. 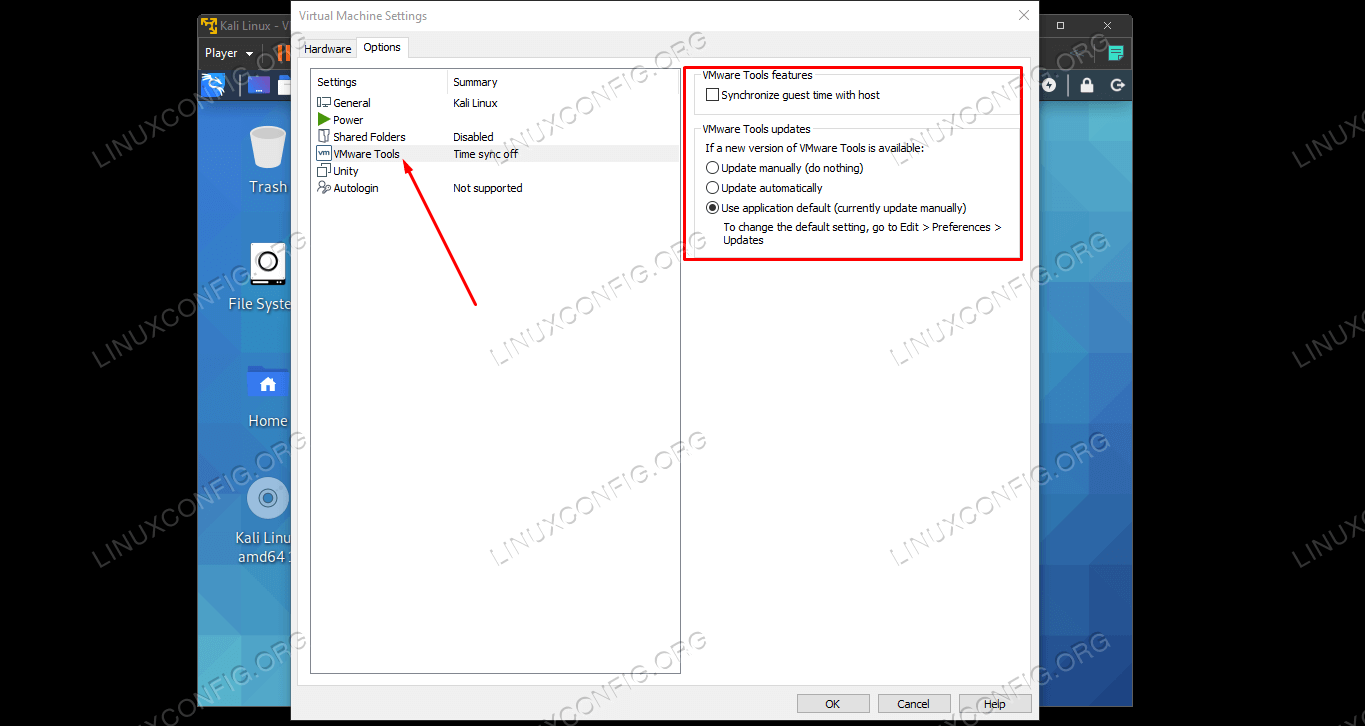 In this guide, we saw how to install VMware Tools on a Kali Linux VM. VMware Tools makes virtual machines much easier to use. Although Kali usually includes the software by default, this doesn’t always work perfectly in the real world. You now know how to manually install the software, as well as control its other features from inside the VMware menus.