Steam is easily the most popular PC gaming client, and with hundreds of titles available for Linux, it is no wonder why Linux gamers would want to install Steam on Ubuntu. Valve, the company behind Steam, officially targets Ubuntu and Debian with their Linux support, which is great news for Ubuntu users.

In this tutorial, we will guide you through the instructions to install Steam for Ubuntu 20.04 Focal Fossa Linux using the standard Ubuntu repository as well as to perform a manual installation using the official Steam package.

DID YOU KNOW?
Recent developments on Valve’s Proton compatibility layer are allowing many new (and old) gaming titles to run flawlessly on Linux. If you tried running games on Linux in the past and were not successful, we recommend trying again. With Proton (provided by default in the Steam client), games are intended to run without any tweaking from end users. 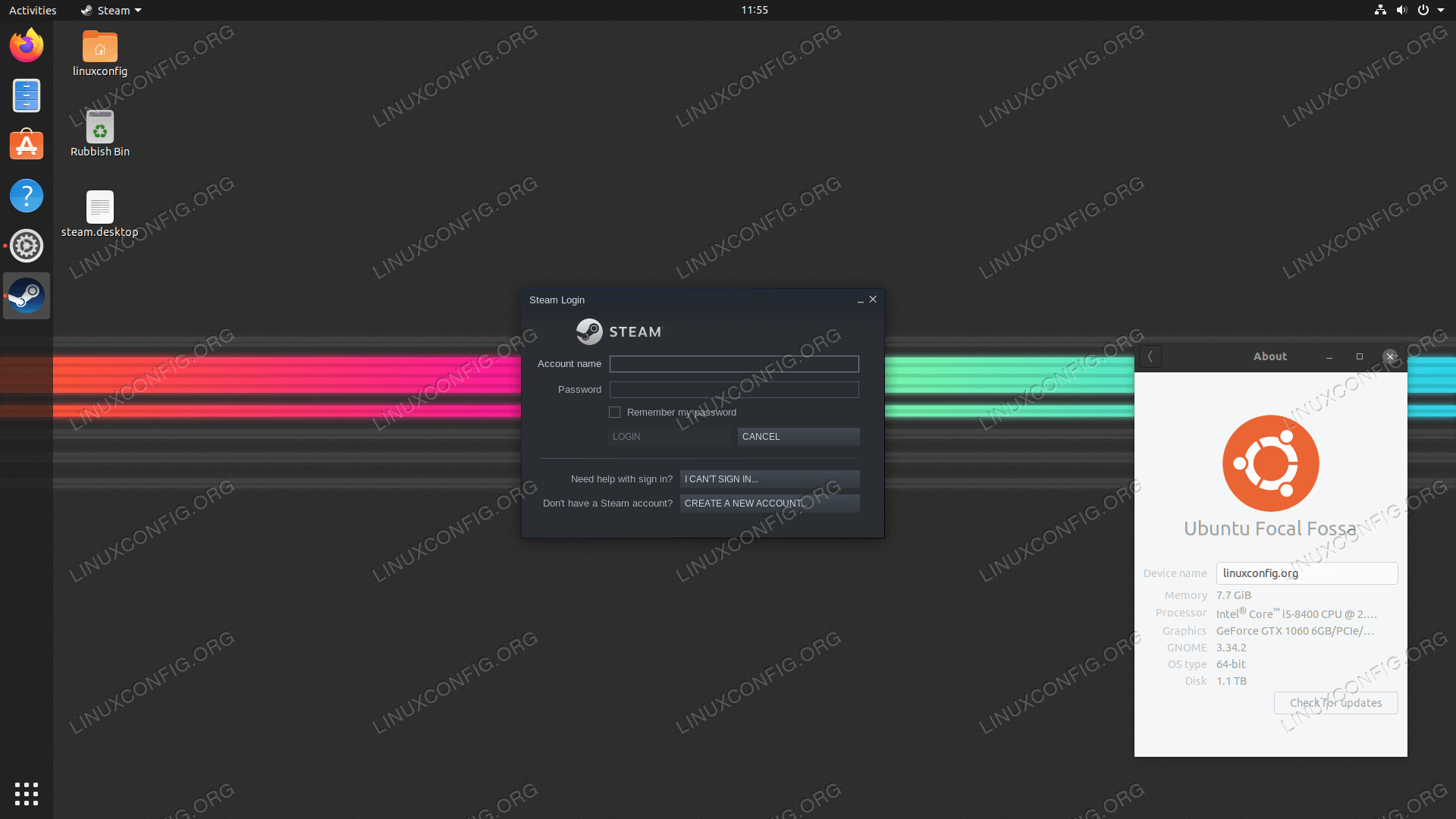 How to install Steam on Ubuntu 20.04 step by step instructions

In this tutorial, we saw how to install Steam for Ubuntu 20.04 Focal Fossa Linux. This included installation through the Ubuntu repository, and manually installing Steam from the website, in case you don’t want to use the command line or want to instantly have the most up to date version.