The objective is to install SSH ( secure shell ) service on Kali Linux.

Privileged access to your Kali Linux installation or Live system is required.

From the terminal use apt-get command to install SSH packages:

To make sure that secure shell starts after reboot use systemctl command to enable it:

To start SSH for a current session execute:

By default SSH would not allow you to SSH login as root user, thus the following error message will appear:

You have two options in order to be able to SSH into your Kali Linux. First option is to create a new non-privileged user and use its credentials to log in. Second, allow the root user to access the secure shell. To do so, either edit or insert the following line within the /etc/ssh/sshd_config SSH config file: 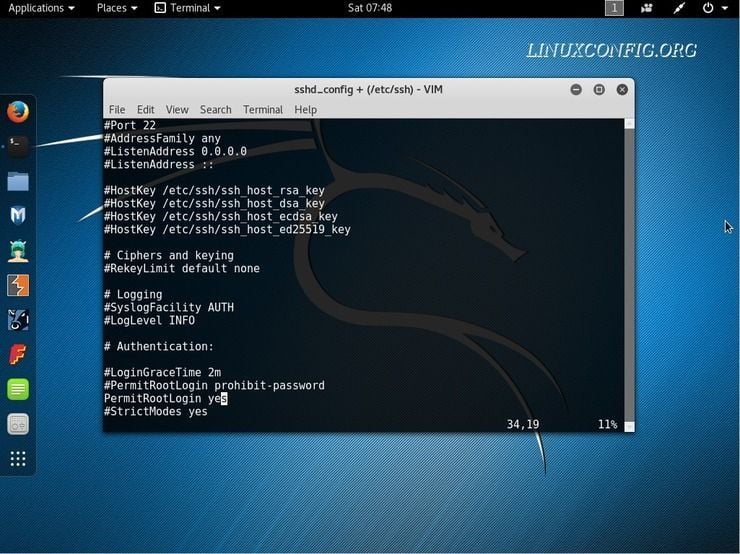 After you have made the above change of the /etc/ssh/sshd_config, restart ssh service before you attempt SSH login as a root user: