This was tested with Fedora 25, but it may work with slightly newer or older versions of Fedora.

Spotify is probably the most popular streaming music service in the world right now, and it does have a native Linux client. Unfortunately, that client isn’t available in the official Fedora repositories or the Spotify Linux repositories.

The community has come to the rescue, though, and it is available from a popular third party Fedora repository that is even recommended by the Fedora Project.

Start off by adding the repository to Fedora using dnf.

The repository contains the Spotify client as well as the related Fedora packages needed to make it work. Since Spotify is closed-source, it uses some tools that the Fedora Project doesn’t ship.

Now, you can run Spotify! Just search for it in GNOME, and it’ll be there with its own Linux-friendly icon and all. 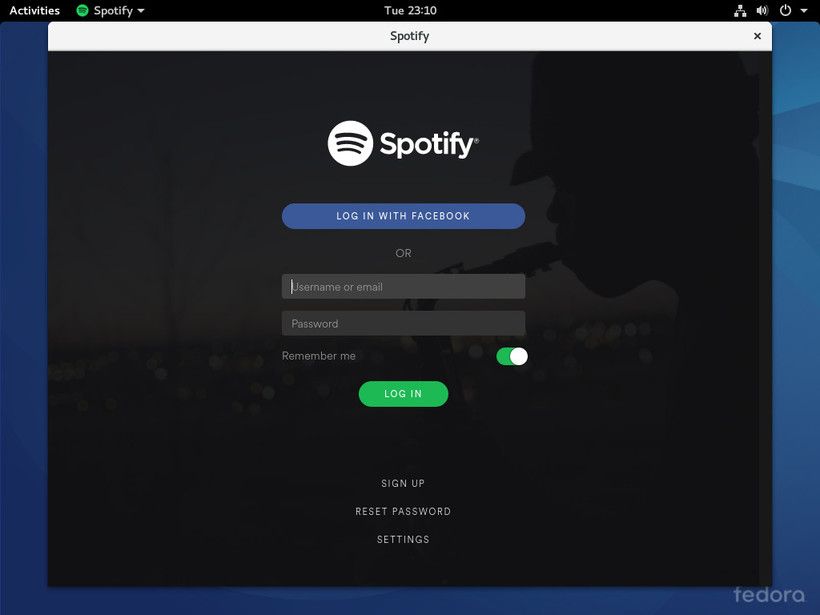 When you first start it up, you will need to either create an account or sign in with Facebook. It won’t ask you to do that again after you’re set up.

That’s it! You can now use Spotify on Fedora!

Because you installed Spotify from a Fedora repository, it will receive regular updates through dnf, so you don’t have to worry about it becoming out-of-date or breaking.

This is a native Linux client, so it should remain stable and function like you’d expect. Spotify just chose to support Debian distributions when packaging.