The objective is to install Python 3 on CentOS 7 with Software Collections (SCL).

First, check your default python version. This can be done by execution of the following linux command: Check the default python version on your current CentOS 7 system.

The following command will install Software Collections and allow you to run applications from SCL shell:

At this stage we are ready to install Python 3. To do so execute the following command on your CentOS 7 system’s terminal:

The Python 2 is still your default shell. However, to run application under Python 3 you first need to enter the SCL shell with Python 3 installation. The following command will do just that:

Next, check your Python version:

Now you are ready to start any of your applications from SCL shell using Python 3 as a default python interpreter. 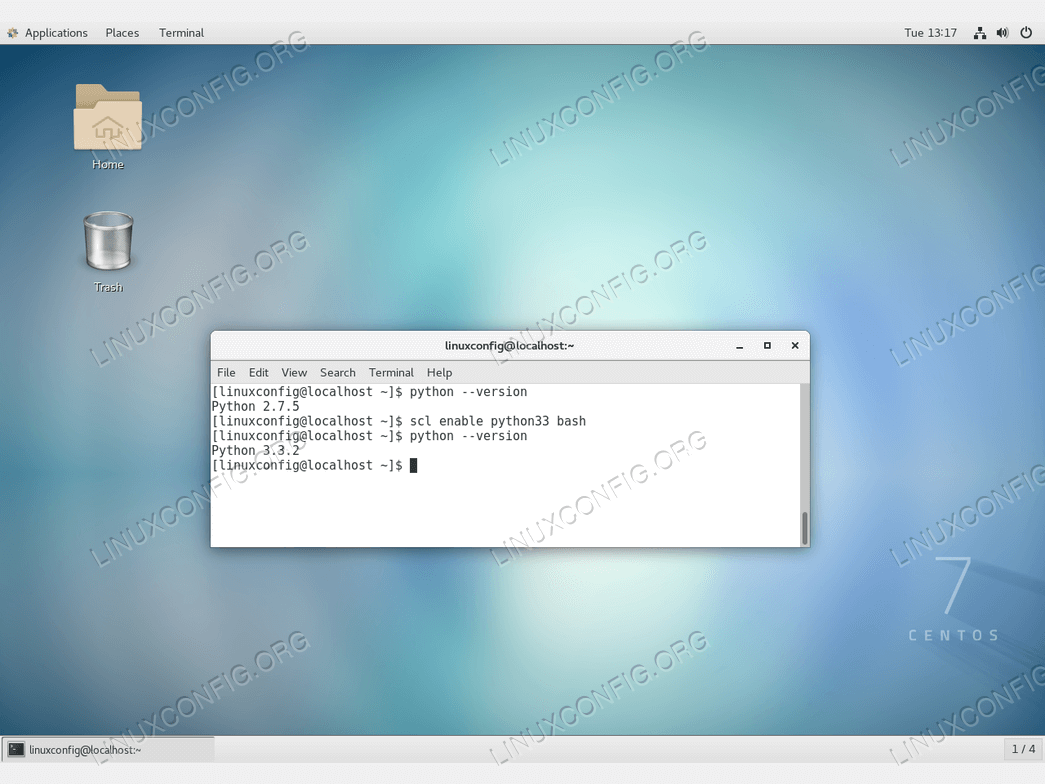