PlayOnLinux is a graphical front end interface for Wine. And if you don’t know already, Wine is popular software that allows many Windows applications to run on a Linux system. The problem with Wine is that you sometimes have to do quite a bit of configuration to get a particular application to run; we even have quite a few guides about it on this site.

PlayOnLinux basically hides the complexity of Wine to the user, giving you a graphical interface to work with and automating the installation of many popular applications. Contrast this with just using Wine itself, where you’d inevitably be working with the command line more and have to fiddle around with configuration settings to get stuff working right.

In this guide, we’ll show you how to install PlayOnLinux on Ubuntu 20.04 Focal Fossa, as well as go through a rundown of how to install some games and software that you’d ordinarily only find available on Windows. 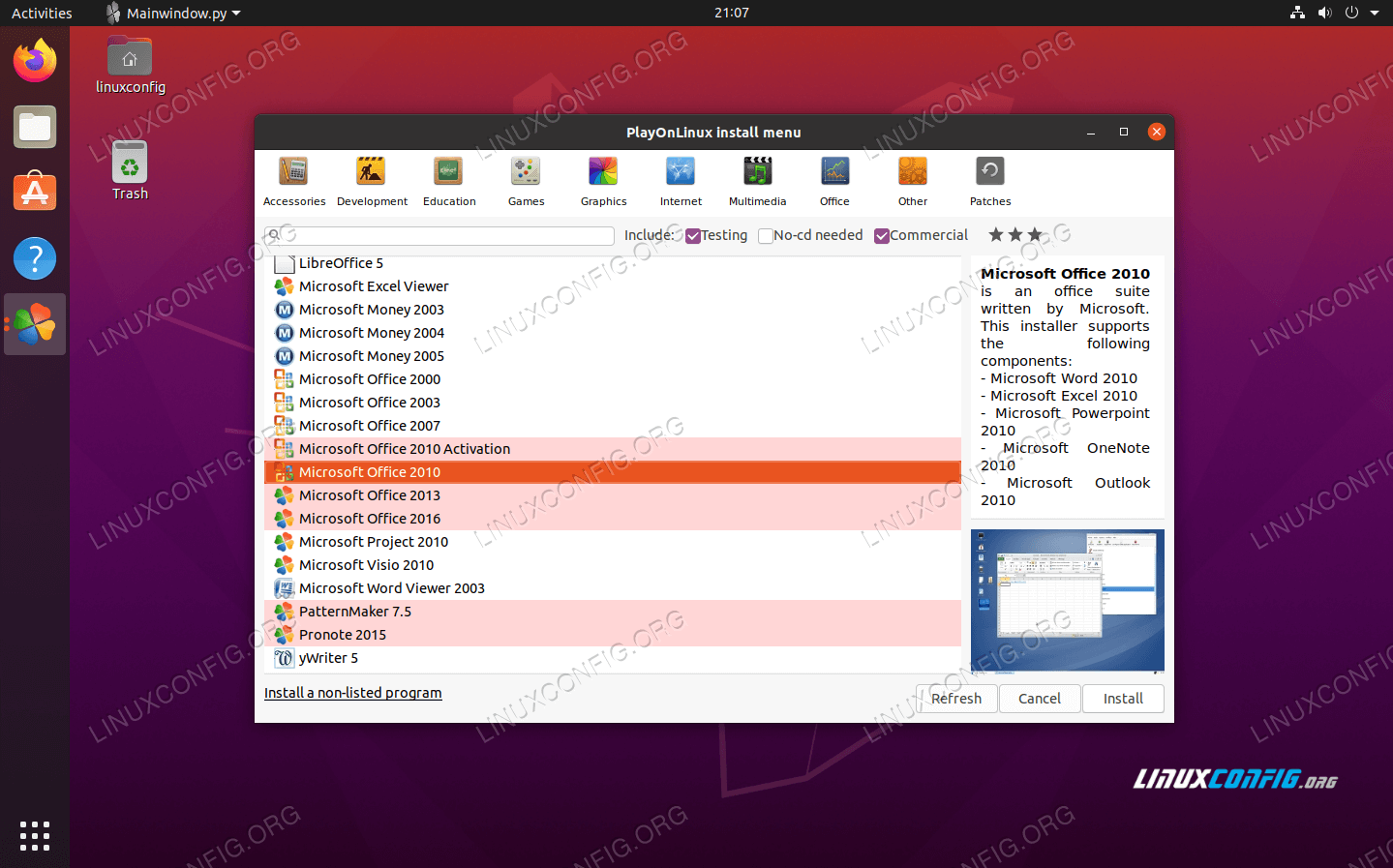 Using PlayOnLinux on Ubuntu 20.04 to select apps to install

Conveniently enough, PlayOnLinux is available right from Ubuntu 20.04’s default package repository. To install it, open a terminal and type the following command:

Alternatively, you can use Ubuntu Software center to install PlayOnLinux on Ubuntu 20.04 with a few mouse clicks: 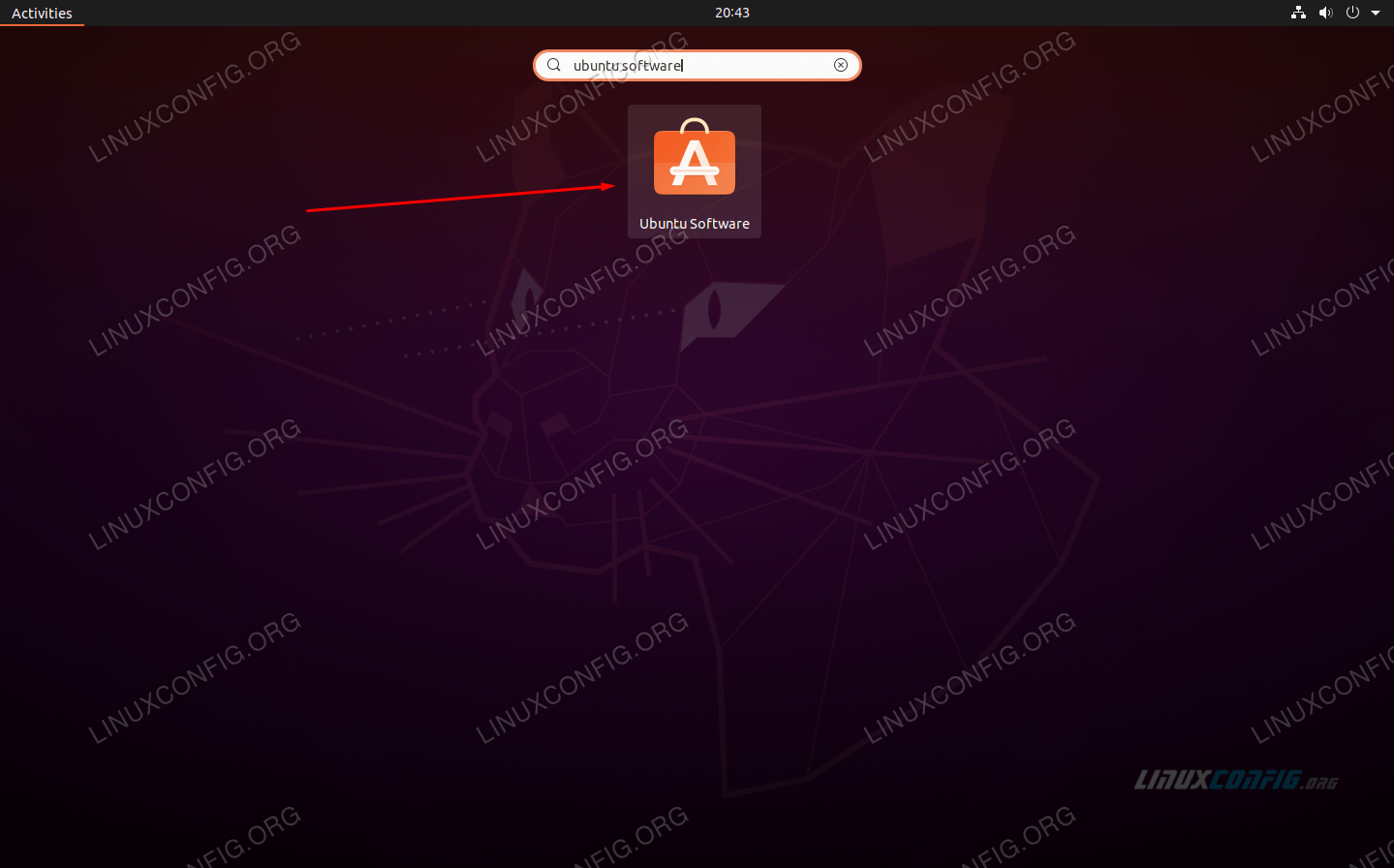 Search for the Ubuntu Software center

In here, all you need to do is search for the PlayOnLinux package and click the install button. 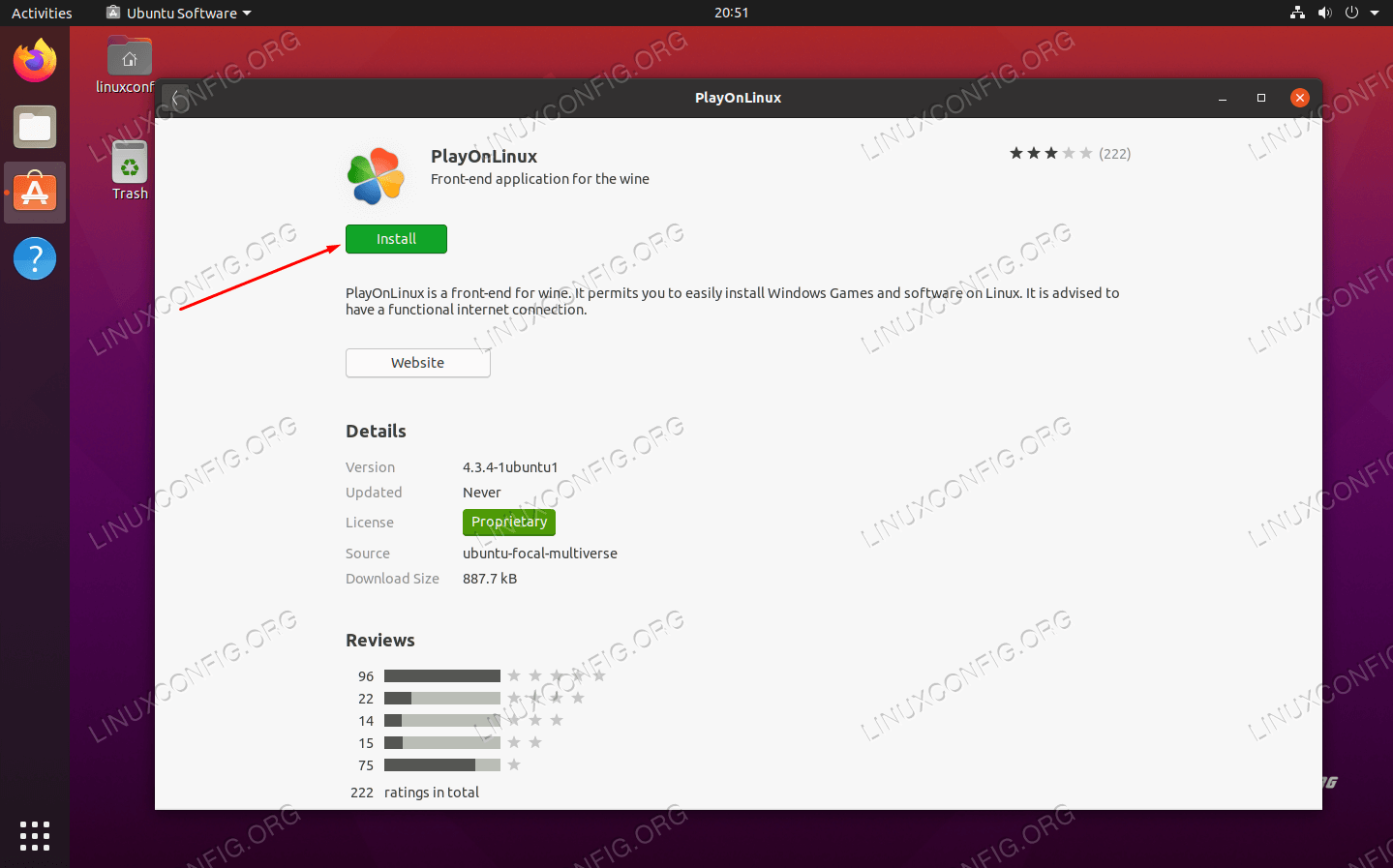 Once PlayOnLinux finishes installing, you can start using it to install various apps, as we’ll see below.

Install an application with PlayOnLinux

You can now open PlayOnLinux from Ubuntu’s application launcher. 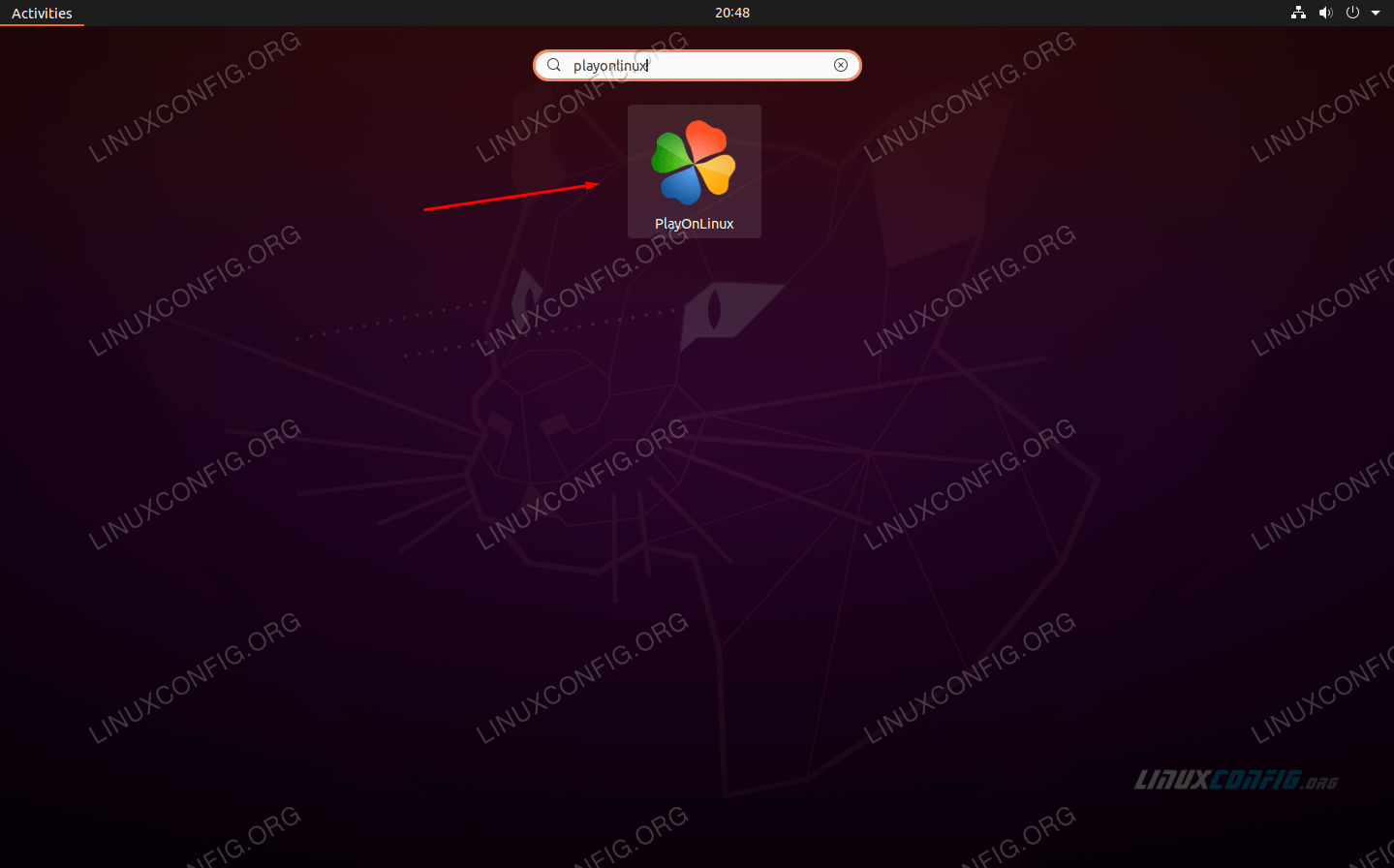 To see what PlayOnLinux has available and pick something to install, get started by hitting the install button. 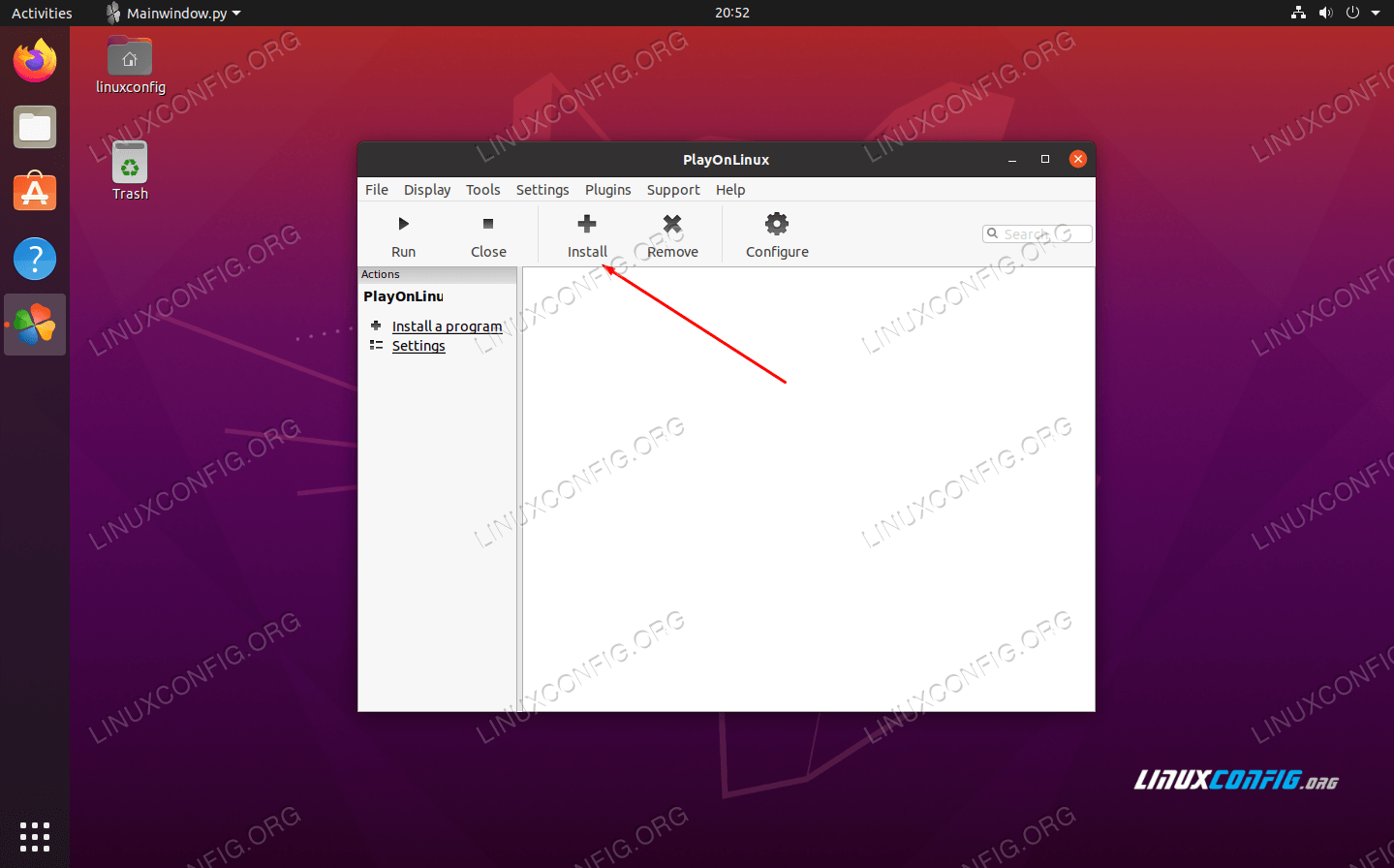 PlayOnLinux has the apps sorted by category. You can choose any category at the top of the window to filter results or just type the name of the program you’re searching for.

Select a game or app that you wish to install

In this example, we’ll install Microsoft Office 2010. Note that this installation and many others on PlayOnLinux will require that we have the installation media, of course. You are required to legally own the software that you wish to install – that is, unless it’s free.

So to get started, just highlight the software you’d like to install (Microsoft Office 2010, in our case), and click install. You’ll have to go through a few prompts, then PlayOnLinux should begin installing your selected app and, most likely, a slew of dependencies that will be needed to run it. 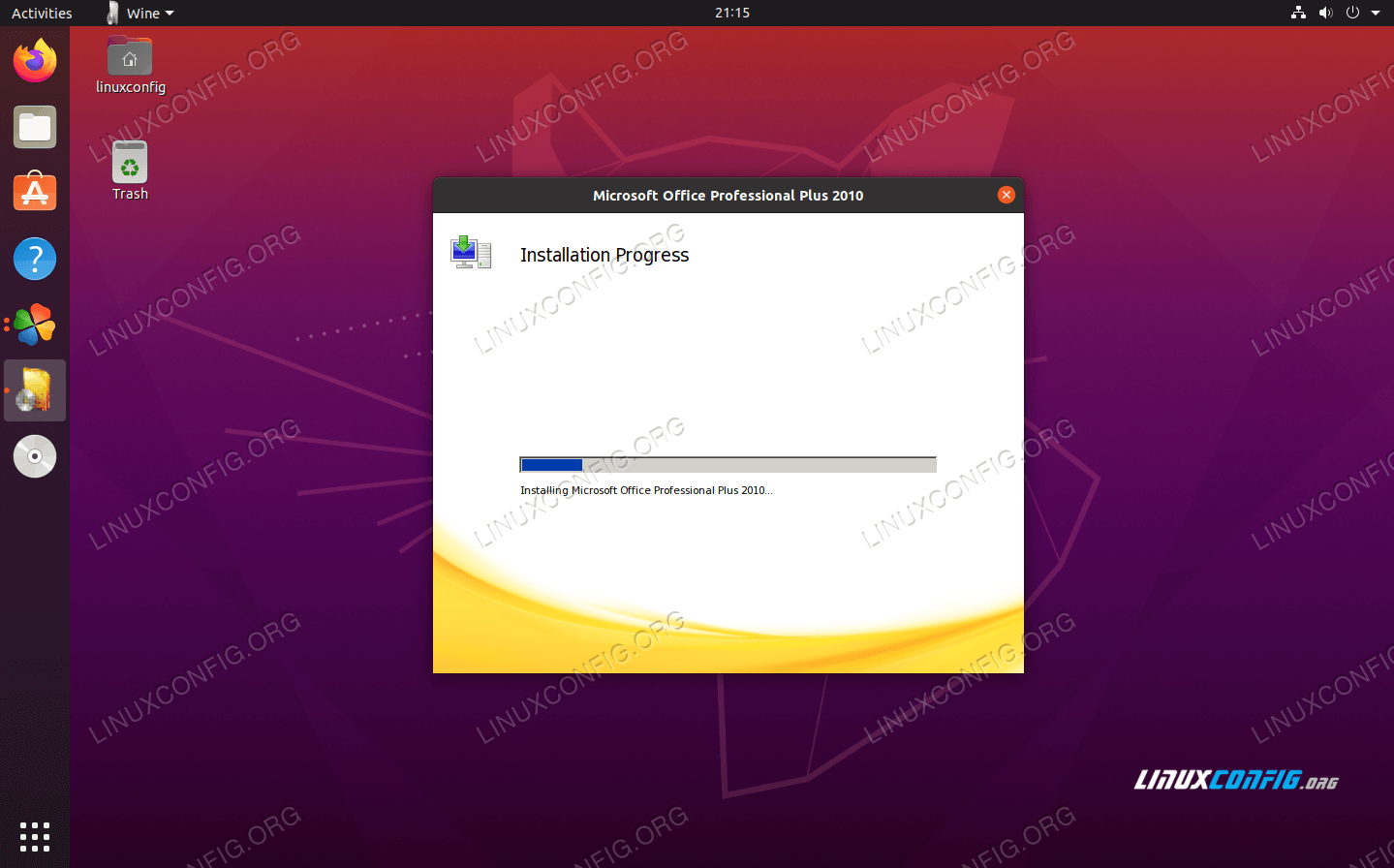 That’s about it. Your app should be installed and ready to use. Repeat this process for anything else that you’d like to install. 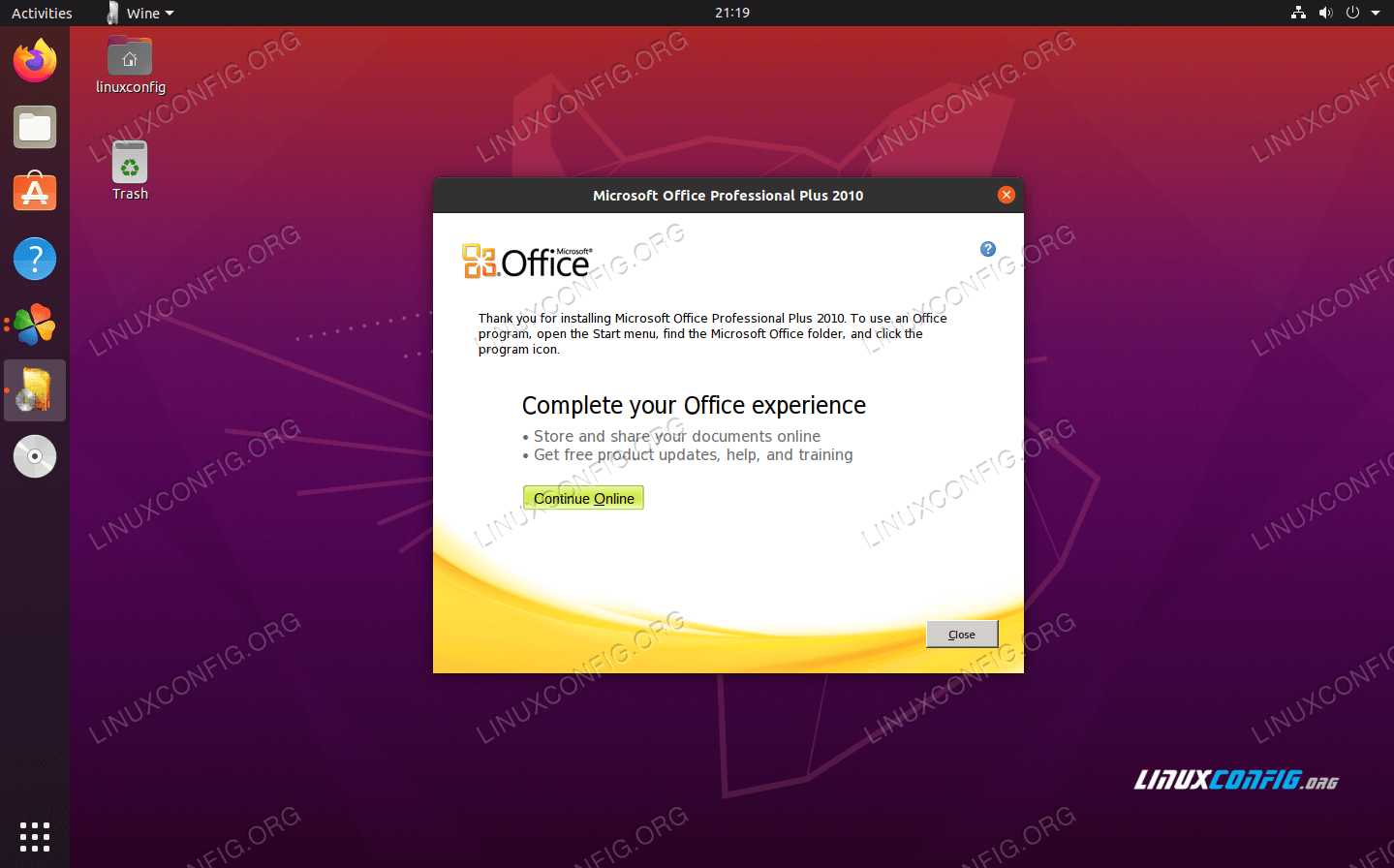 Installation has completed and the app can now be used

In this article, we learned how to use PlayOnLinux on Ubuntu 20.04 Focal Fossa to install games and applications that aren’t normally supported on Linux.

It’s important to manage your expectations with PlayOnLinux, and Wine in general. It’s a hacky way to run software on Linux, but a lot of times it still works great. PlayOnLinux is a great front end for Wine, since it will save you a lot of time and hassle by doing the configuration for you in the background. Wine can be a bit of a nightmare sometimes when you don’t have a nice front end to complement it.