P7Zip is required to extract certain archive files, especially the .7z kind. It isn’t available in the RHEL 8 repositories, so you’re going to need to get it elsewhere. For that, there are two options, the EPEL
and building it from source. Both work well. 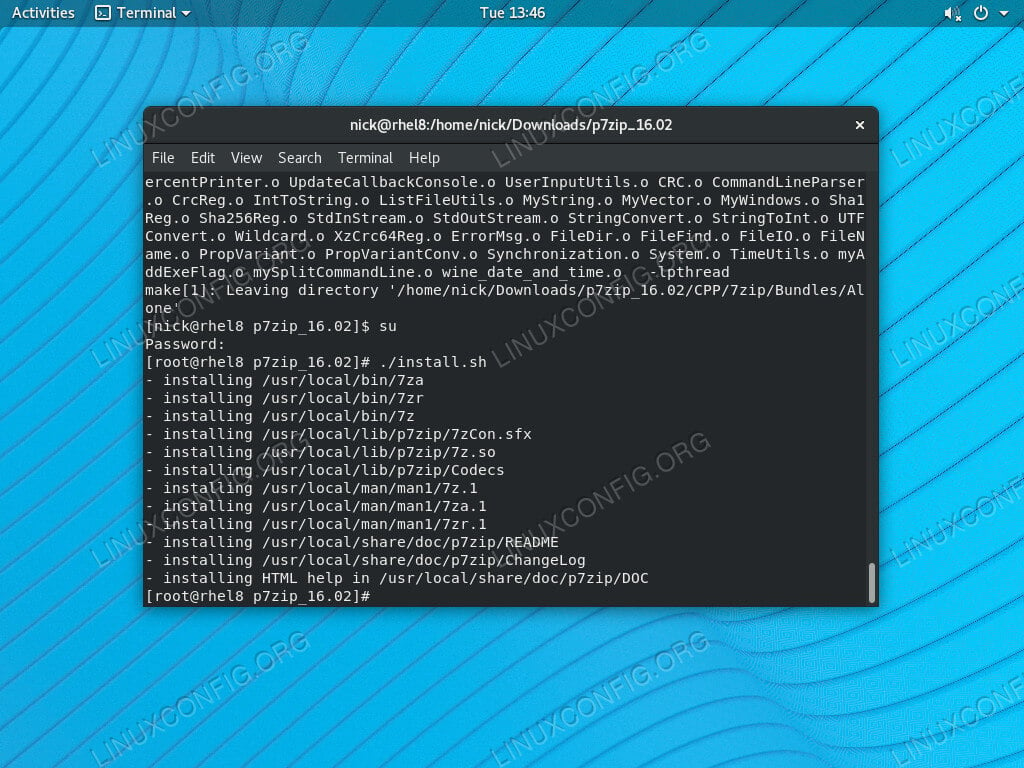 How to Install P7Zip From the EPEL

How to Download, Install and Complie the P7Zip from Source

If, the EPEL isn’t available for some reason, or the package becomes outdated, you can always build P7Zip from its source. It’s not an overly large application, so it doesn’t take long.

After it finishes, it’ll tell you everything that it installed and where it put everything.

How to extract and compress files with P7Zip examples

To create a compressed archive named archive.7z of a Archvie directory execute:

To extract files from the 7z compressed file use the e switch: 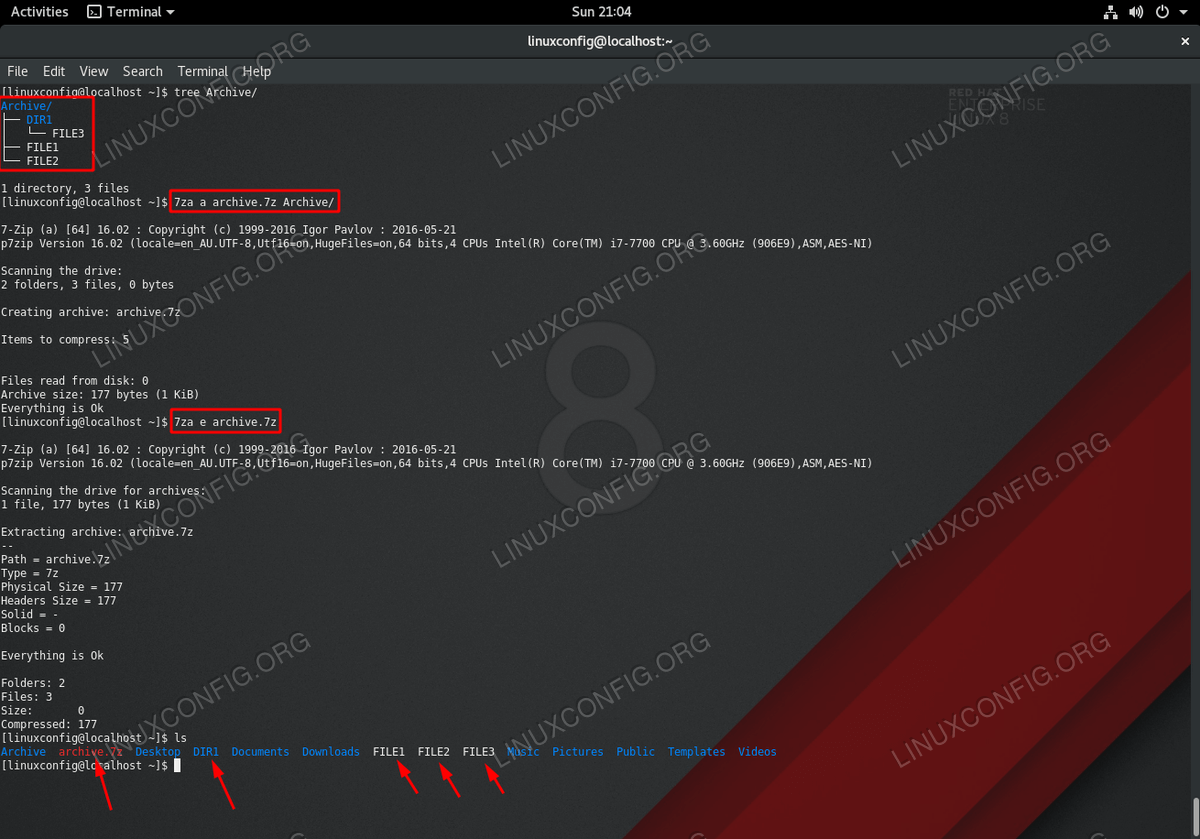 Whichever way you chose to install P7Zip, you’ll have full access to it and its plugins now. If you opted for the source install, you’re going to need to check regularly for updates. You can always uninstall the source build when an acceptable version becomes available in the EPEL.