After installing a MySQL server, we’ll also go over the first steps you’ll need to get started with hosting a database, which includes making a username and password, creating a database, and granting user permissions on that database. AlmaLinux is a good Linux distro for hosting MySQL, whether you’ve freshly installed AlmaLinux or migrated from CentOS to AlmaLinux. 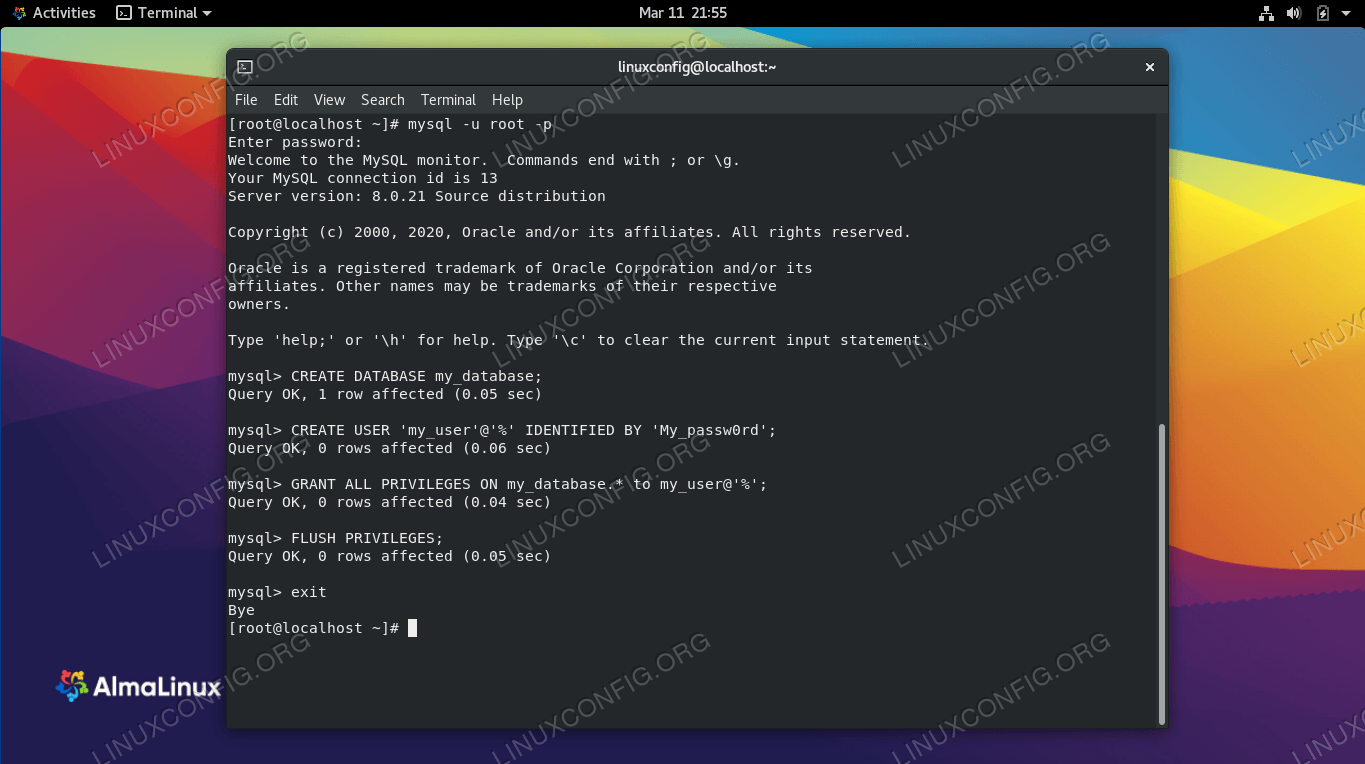 Setting up a MySQL database and user on AlmaLinux

Installing the MySQL client on your AlmaLinux system will enable you to use the mysql shell command. With that command, you’ll be able to log in to remote MySQL servers, but you won’t actually be running MySQL on your local system.

If you want to host a MySQL database (or multiple) on your AlmaLinux system, then you’ll need to install the MySQL Server package. You’ll be able to access the database from the local machine, or from remote clients that are using the MySQL Client to connect. 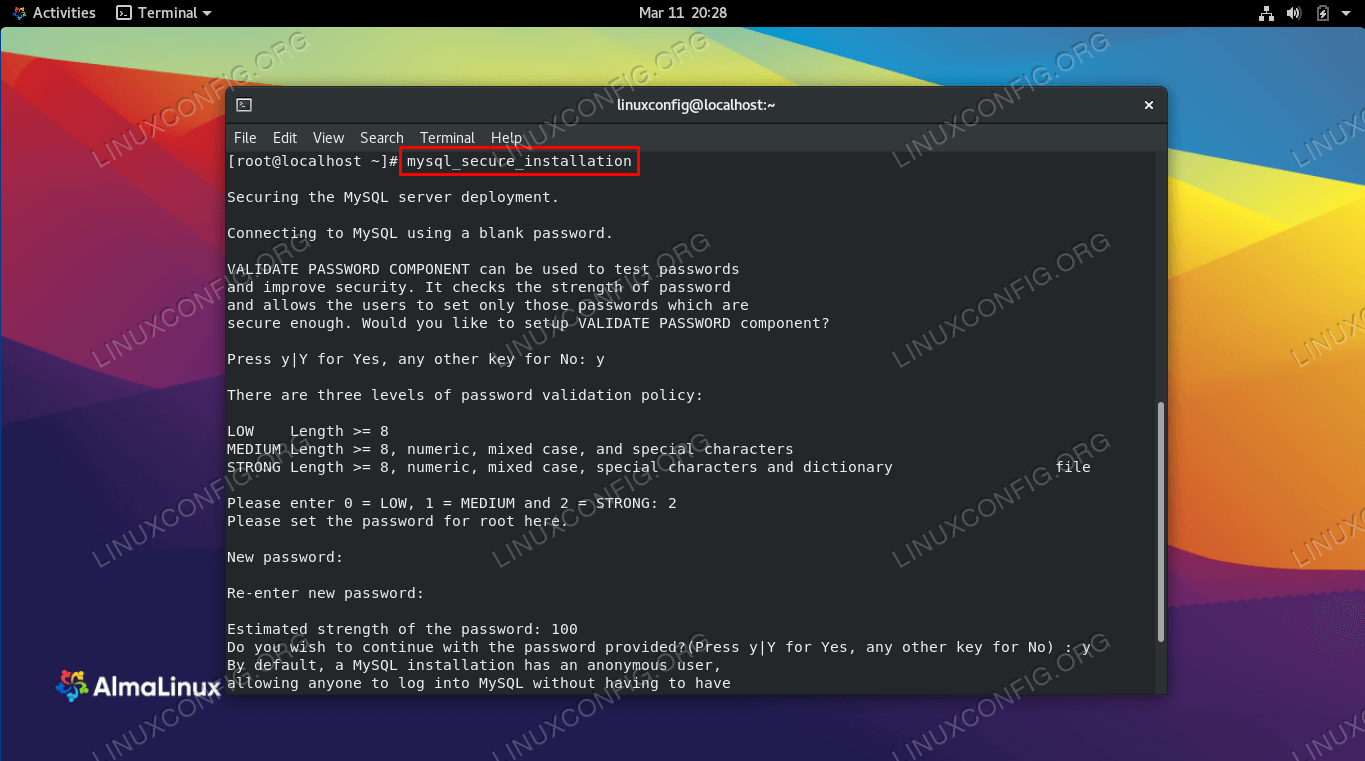 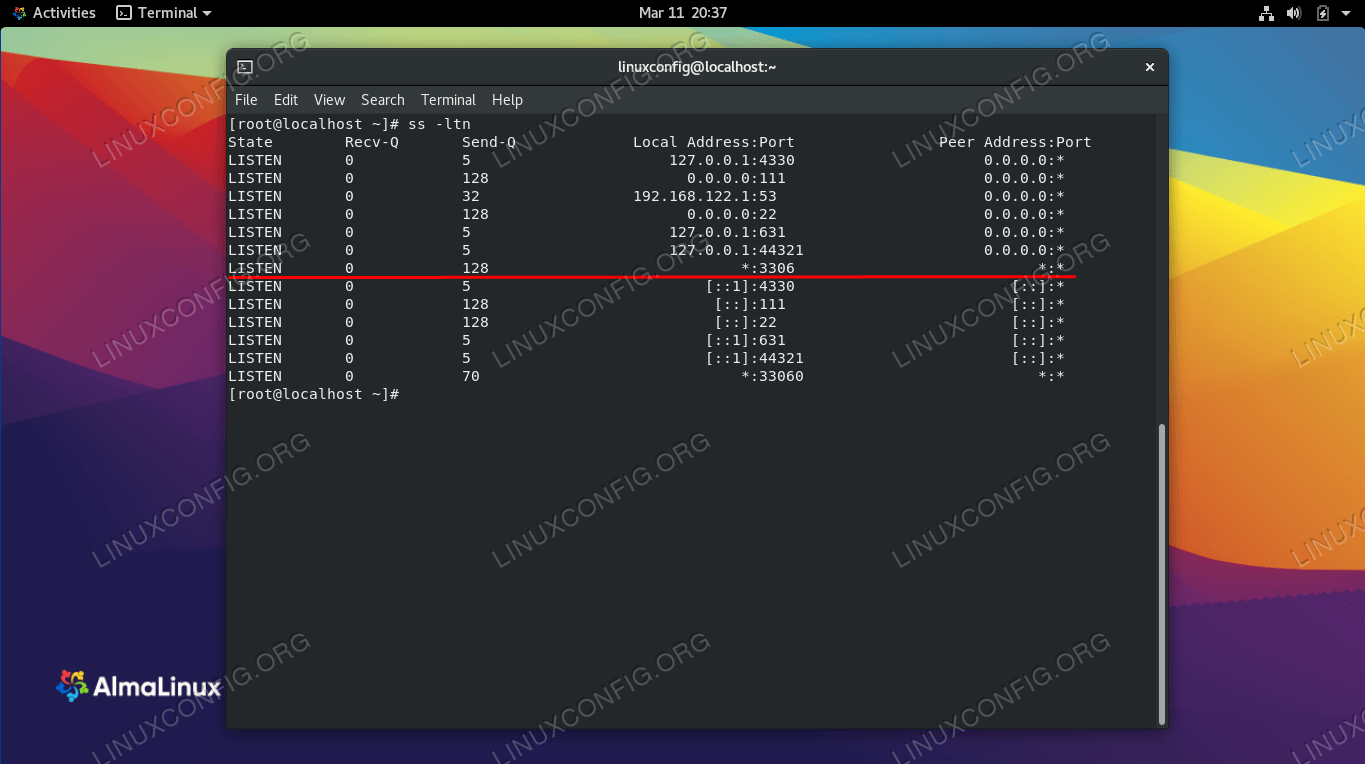 How to setup a MySQL database

If you’ve been following along with us so far, you should have a fully functional MySQL server installed on AlmaLinux.

To get started utilizing your new MySQL server installation, you’ll need to create a database. MySQL databases require user permissions (unless you just use the root account to access your database, which isn’t recommended) in order to store data. We’ll get you going with the basics of a database setup in the following steps.

For this example, we’re going to show the steps to setup a new database and user account, allow the account to be logged in from any remote host, and grant that user full permissions (the ability to create, insert, drop, etc) on our database.

Setting up a database and user account in MySQL

You now have a usable MySQL database and a user account that can connect to and edit it. Using the credentials you’ve created, remote systems can login to your MySQL server to store data in the database, as well as retrieve it.

In this guide, we saw how to install MySQL Client and MySQL Server on AlmaLinux. Whether you need to connect to a remote database or host a MySQL database yourself, following the steps we’ve outlined should do the job.

We also learned the basics of logging into MySQL and creating a new database and user, and then granting privileges to that user. This is all you need to get started storing and retrieving data in your database from local and remote hosts.