MongoDB is popular database software capable of running on a variety of systems, including Linux. In this guide, we’ll be taking you through the steps of installing MongoDB on Ubuntu Linux, as well as some basic configuration after it’s up and running.

How to install MongoDB on Ubuntu Linux

Open a terminal and type the following commands to install MongoDB on Ubuntu.

When you’re ready to start working with MongoDB, all you need to do is type the following command to launch the mongo shell. 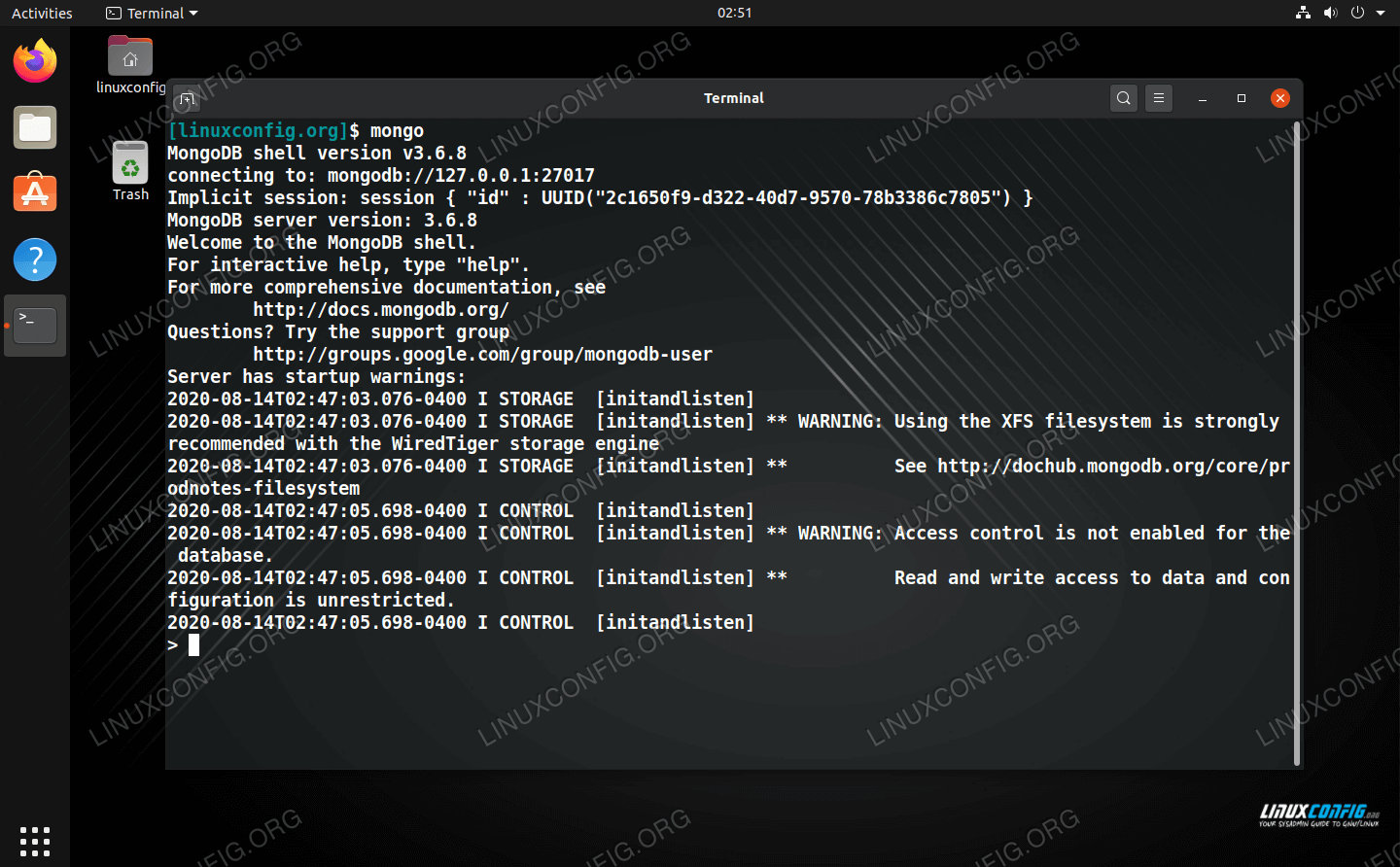 How to control MongoDB

MongoDB can be controlled with the systemctl command. The commands you’ll need to know are below.

Start or stop the MongoDB service:

Enable or disable MongoDB from starting auomatically at system boot:

Check on the current status of MongoDB:

MongoDB is configured by default to only allow connections from localhost (where it’s installed from). This is normal default behavior for database systems.

If you’d like to connect to MongoDB from a different system, you’ll need to bind MongoDB to the IP address of an outward facing network interface. This configuration can be done by opening the following config file:

Then, change the line bindIp: 127.0.0.1 to bindIp: 0.0.0.0. This will let MongoDB listen on all network interfaces. Once you’ve made the change, save and exit the file, then restart MongoDB for the changes to take effect.

In case you have a UFW firewall enabled you will also need to open TPC port 27017 to incoming traffic:

To connect remotely, use the command:

You can change the default port for MongoDB by editing the /etc/mongodb.conf configuration file and updating the line that says port: 27017 to any desired port number. 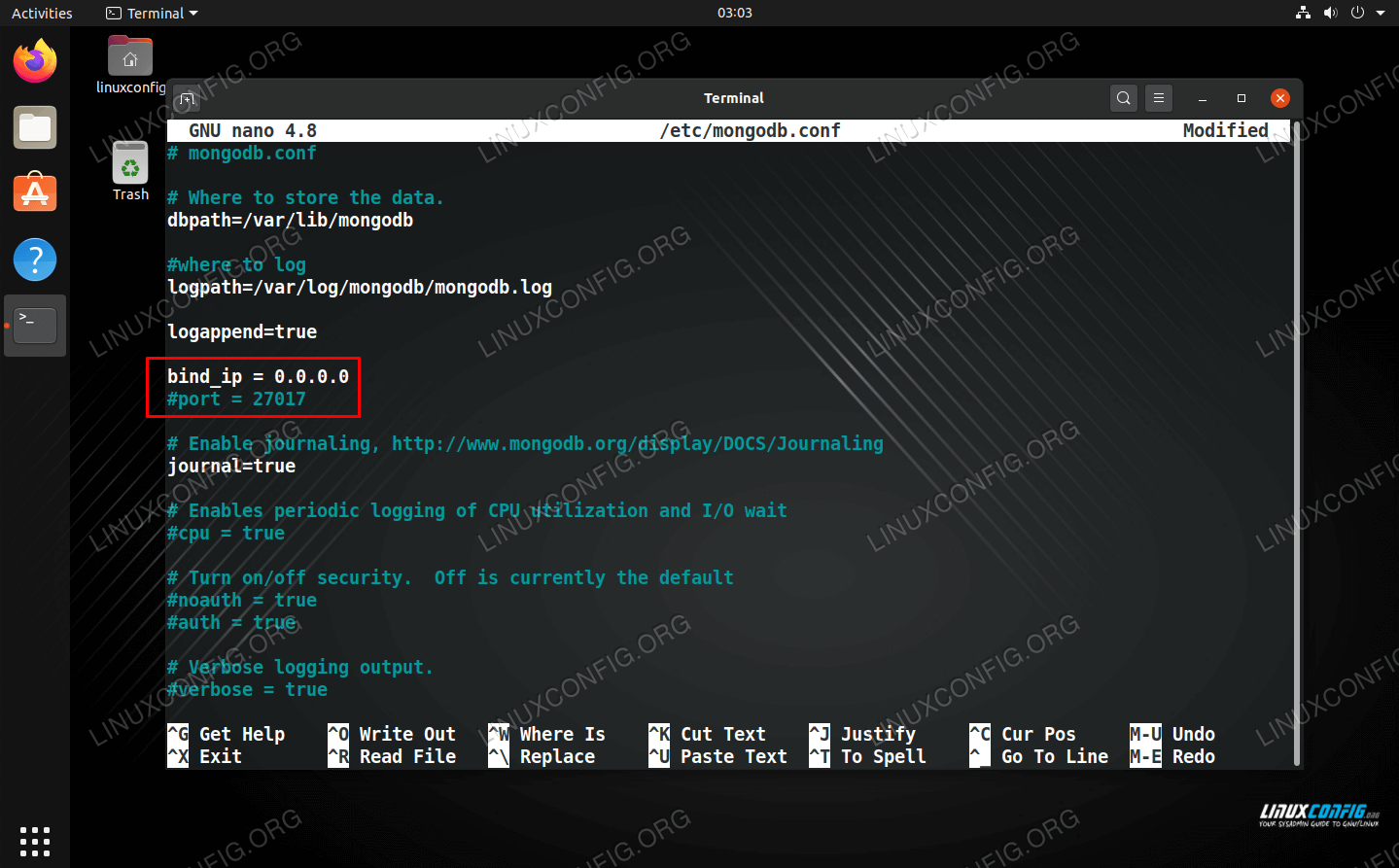 Be sure to restart MongoDB once again for the changes to take effect.

In this tutorial, we saw how to install MongoDB on Ubuntu Linux. We also learned how to control the MongoDB service with systemctl commands. Lastly, we went over the configuration of MongoDB’s bind address and default listening port. This should be enough to get your MongoDB up and running on Ubuntu, plus connectable from other network devices.