If you plan on gaming on Debian, you’re going to want Lutris. It’s taken the cumbersome process of installing and playing games with Wine and automated everything to a point that makes everything nearly as easy as on Windows. Lutris is available from the developers through a Debian repository, so all you need to do is add it to your system to get started. 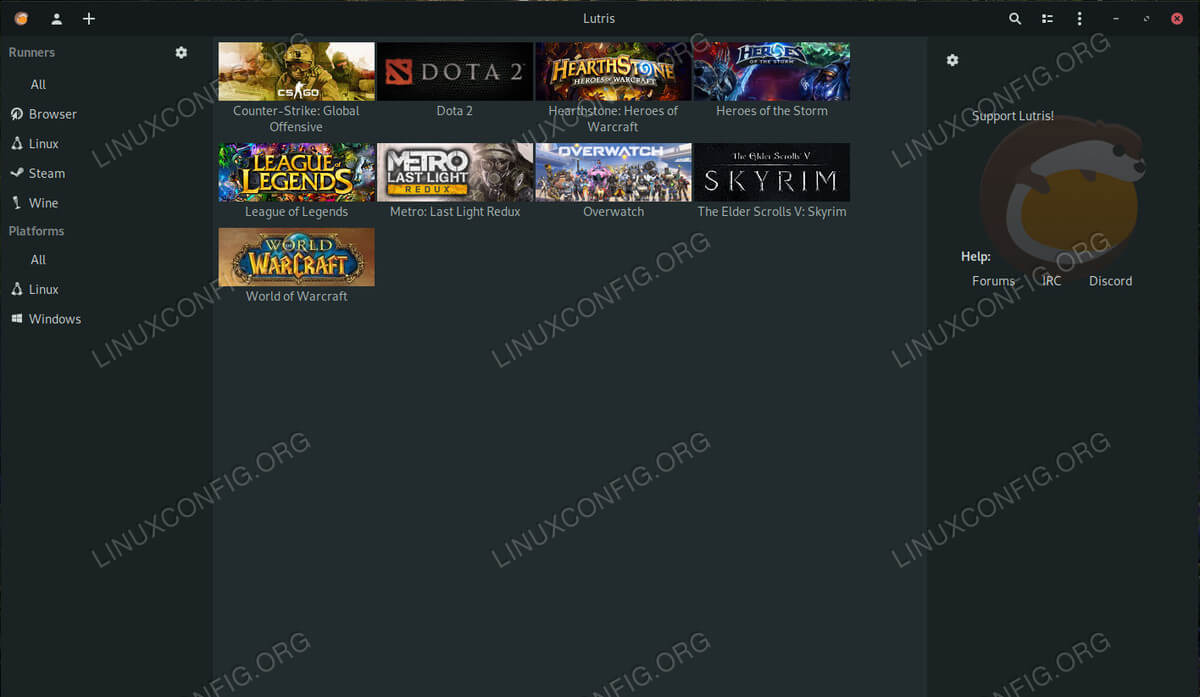 Before you install Lutris, it’s highly recommended that you first install Wine Staging. The Lutris developers also develop Wine Staging, and they based Lutris around that. You absolutely can install other versions of Wine through Lutris, when it’s set up, but it’s best to start with Staging directly on your system first. Head over to our Wine Staging guide, and get that set up first.

The Lutris repository uses a GPG key to verify your downloads. Start by downloading an importing that key onto your system. Use wget for the download.

Now, import that key with Apt.

Use your text editor of choice to create a repository file at /etc/apt/sources.list.d/lutris.list. Place the following line inside the file. Don’t worry that the address says it’s for Debian 9. That’s currently the only one, and it’ll work with Buster. That may update in the future, though.

Add the Lutris Repo on Debian 10.

Update Apt to apply the changes. 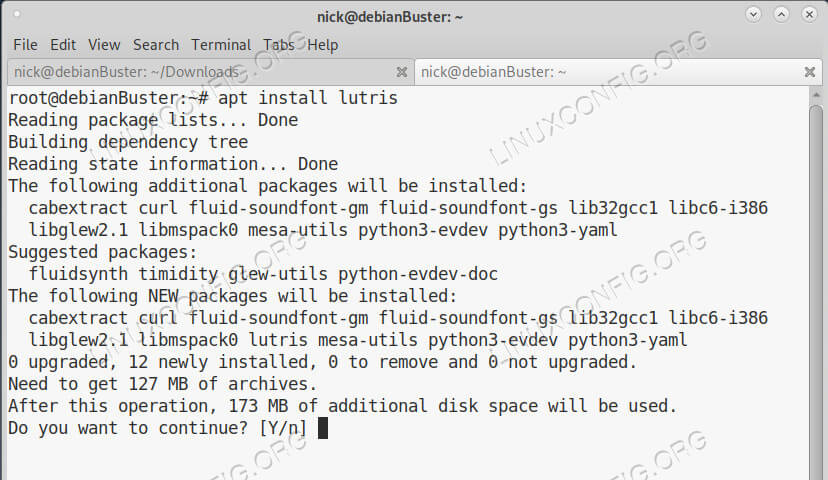 With the repository enabled, it’s super simple to install Lutris.

Lutris requires an account to track your game library. This isn’t something like Steam. You don’t need to provide personal information or a payment method(There’s nothing to pay for). It’s purely for tracking your library across devices. 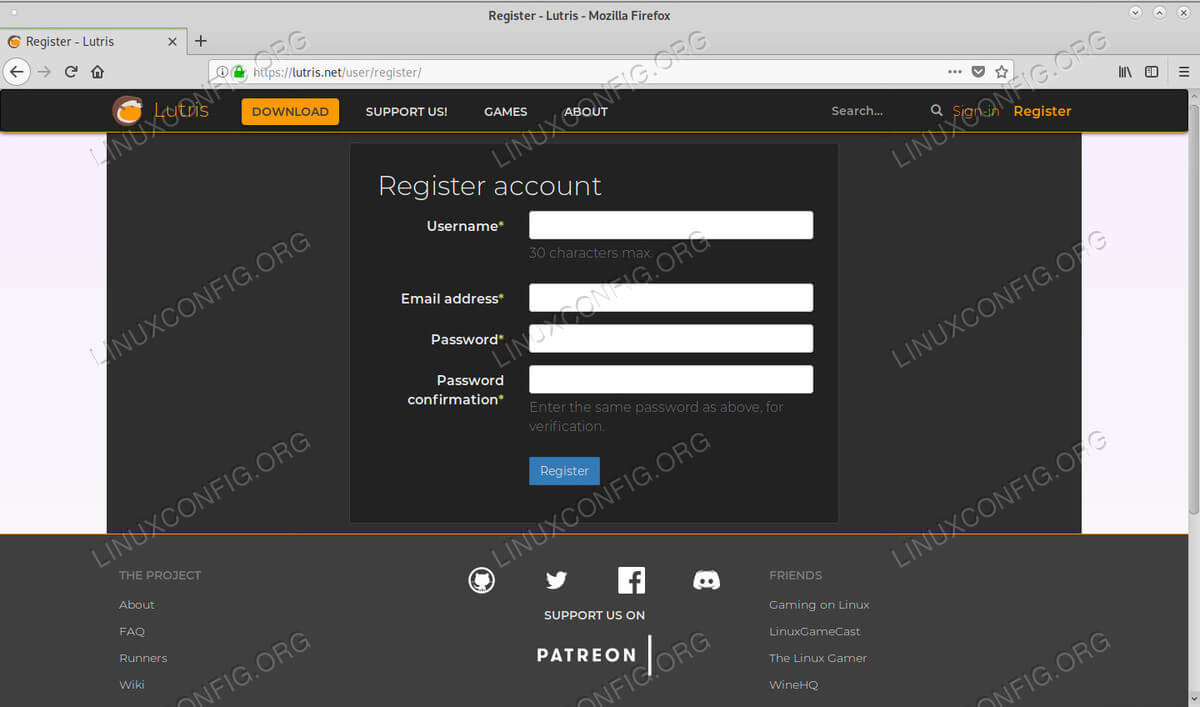 Go to the Lutris website, and click the “Register” link in the upper right corner of the page. Set up your username, password, and email address. That’s all you need, and they don’t spam you. 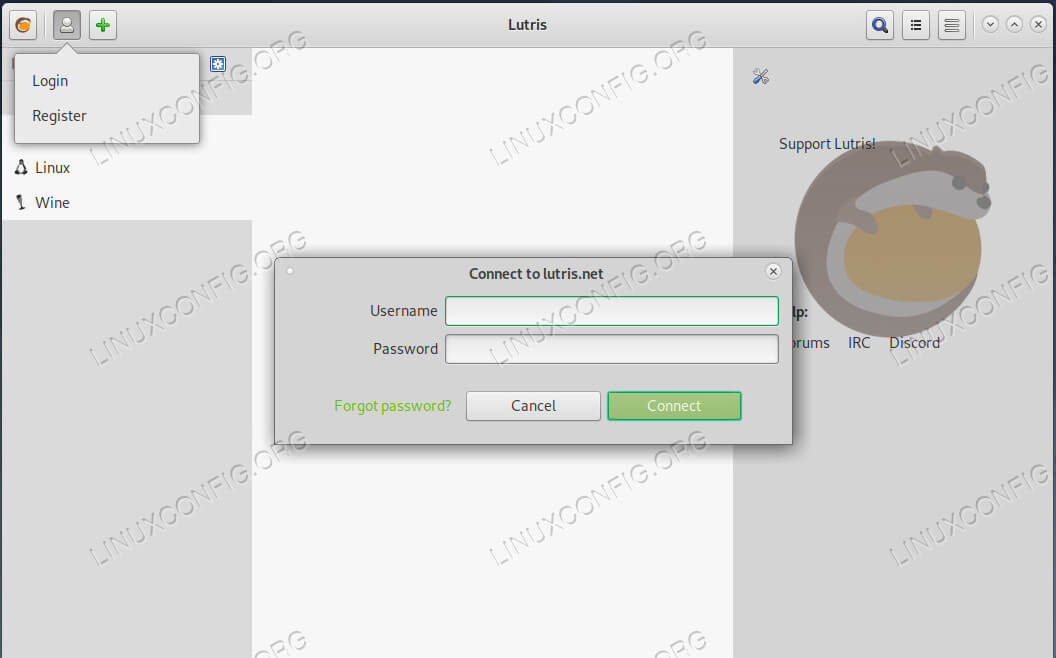 It’s time to launch Lutris. You can find it under the “Games” section on your desktop menu. In the upper left of the screen, you’ll see a little person icon. That’s your account icon. Click it to reveal the menu. Select Login, and enter your account info. After you do, Lutris will shift to a blank library screen, ready to start installing games.

You can now browse the Lutris game library and install your favorite games by clicking the “Install” links. Lutris will stay updated on your system from the repository, and new versions of Wine will be available through the runner options in Lutris when they’re released.