This guide requires a working install of Debian Stretch with root privileges.

Since Lollypop is relatively new and is under constant active development, it isn’t available through Debian’s repositories yet. The developers package and host an Ubuntu PPA, but it doesn’t integrate well with Debian. So, the best option for installing and keeping Lollypop up-to-date on Debian is Flatpak.

Flatpak is available in the default repositories for Debian Stretch. You can install it easily with apt.

Even though Lollypop will integrate well with any GTK-based desktop, it was built for GNOME. Because of that, you need to enable a couple of GNOME repositories for Flatpak. It’s the only way to satisfy Lollypop’s dependencies.

Now, you can install Lollypop. The Flatpak install is available right from the developer’s website https://gnumdk.github.io/lollypop-web/. You can download the Flatpak file and install it locally, or pull it directly from the site.

The install will ask you to install org.gnome.Platform/x86_64/3.24. Install it. Don’t worry, you’re not going to get the whole GNOME desktop or anything. 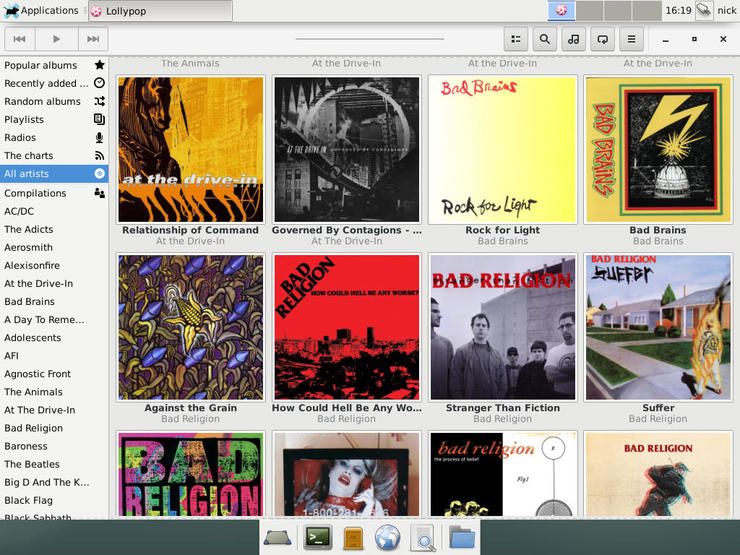 You may or may not need to log out and log back in for Lollypop to be usable. Once you do, you’ll be able to access it from your application launcher like you would any other program. Import your music, and you’ll be ready to go.