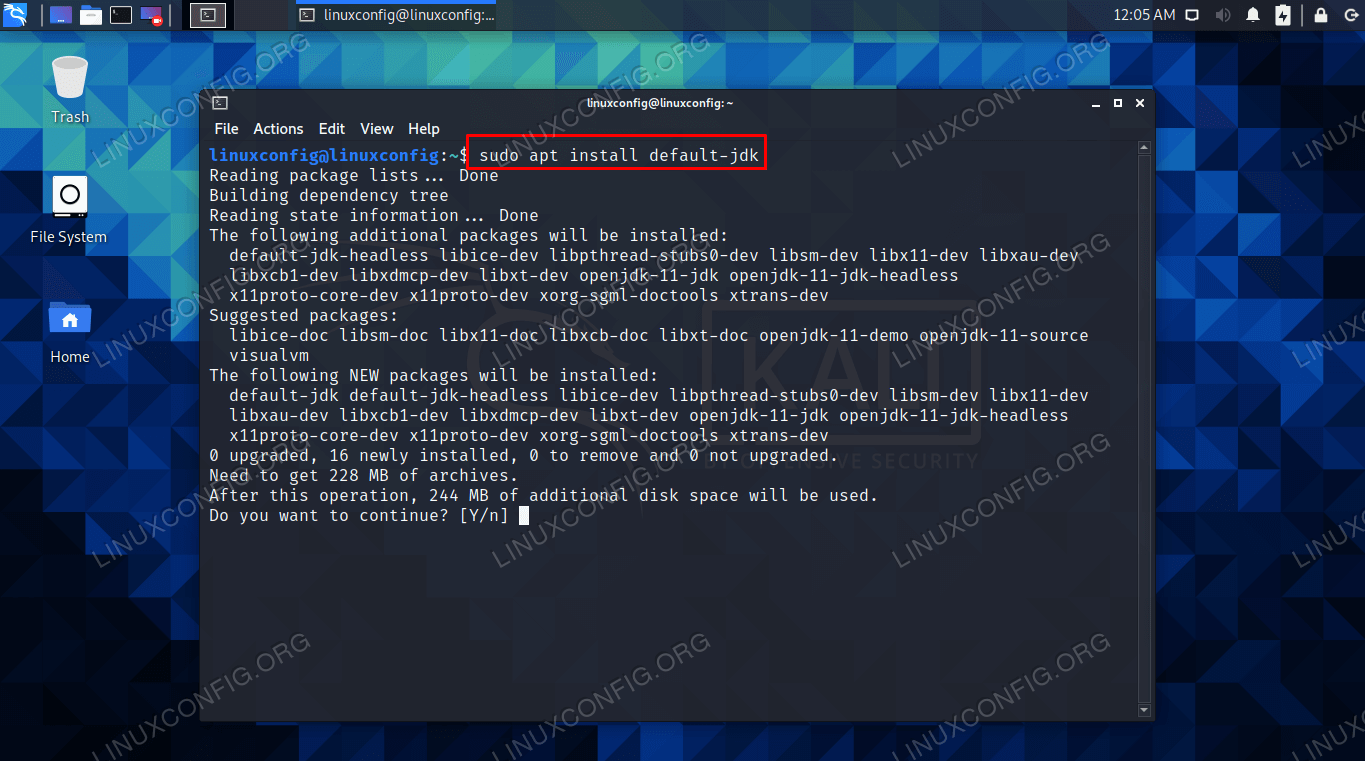 Open a command line terminal and follow the steps below to install Java. We’ll test the installation afterwards by checking the Java version and compiling a test program.

In this guide, we saw how to install Java JDK on Kali Linux. We also saw how to test the installation with a Java command and Hello World program, as well as the process for switching between installed versions of Java.