Git is a versioning control system, mainly used by programmers to issue changes to applications and keep track of the revisions. However, it’s also commonly used by everyday users, since they’re able to browse and download the source code and binaries of millions of applications from websites like GitHub and GitLab.

On Linux, familiarity with Git and access to the command line utility is borderline essential. That is, if you’re the type of user who likes to install programs to unlock additional features and the like.

In this guide, we’ll show you the step by step instructions to install Git on AlmaLinux. Once it’s installed, you can read our other guide on how to get started using Git. This is a great process to do right after installing AlmaLinux or migrating from CentOS to AlmaLinux. 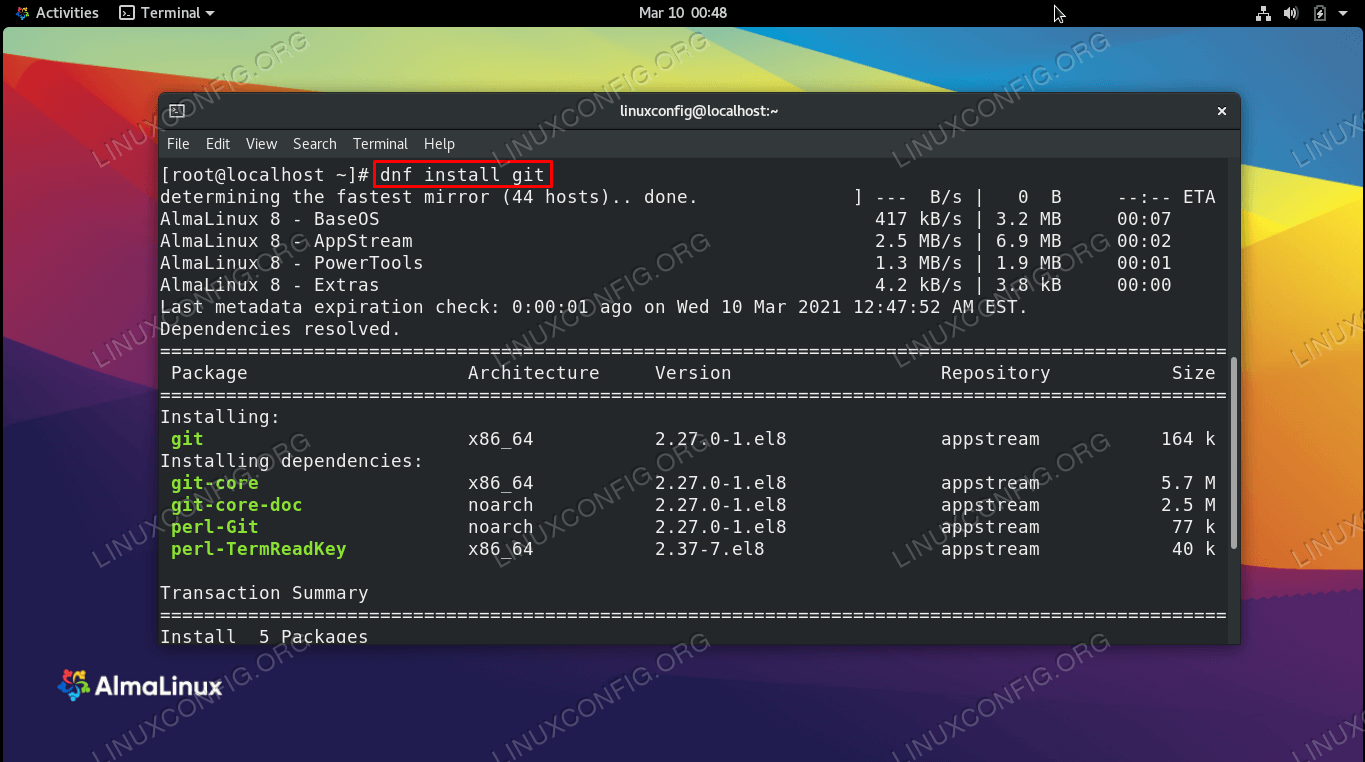 How to install Git on AlmaLinux

Git can be installed on AlmaLinux through the system’s dnf package manager. Execute the following command in terminal to install it.

That’s all there is to it. Once it’s installed, there’s some short configuration you’ll need to do, then you can get started with creating your own repositories, or cloning those that already exist. Our Git tutorial for beginners has all the instructions you’ll need.