If you ever need a quick way to convert between video or audio formats in Linux and want something that doesn’t munch on resources but does the job well, then you might want to give ffmpeg a try. There are many GUI interfaces for the ffmpeg package but in this article we’ll learn how to install it in RHEL 8 / CentOS 8 using the command line and compiling tools.

FFMpeg has many command line options when it comes to converting files and therefore it is advisable to use it from the CLI. From there you can fine-tune its options using attributes and even learn how to create BASH scripts to make automatic conversion scripts.

You can retrieve the ffmpeg source code from Git and compile it yourself. First make sure you have the necessary development packages installed:

Be sure to also install Git so we’ll have something to grab the source code with:

and prepare to compile the source code:

You can bypass the optional nasm dependency with

in the same CLI window you just configured ffmpeg to be compiled. After ffmpeg is done compiling (and it may take a while, depending on the power of your system) you can finally install the binary and configuration files you have just compiled by issuing 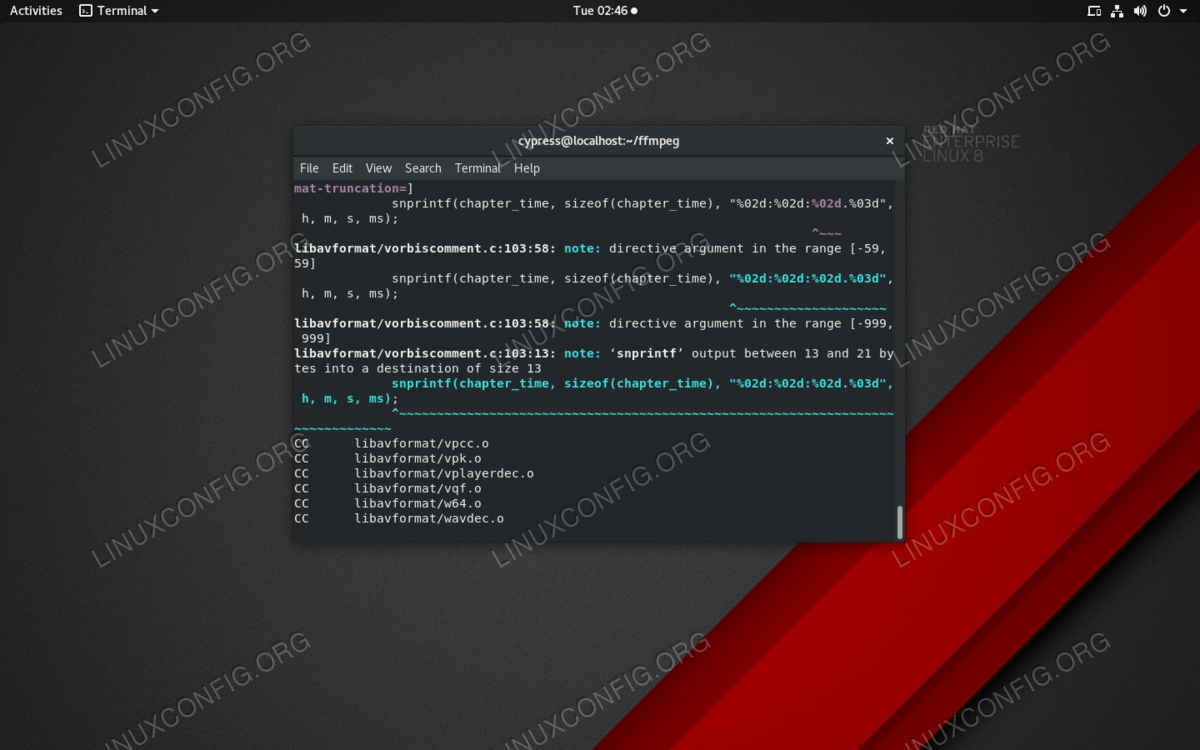 Compiling the ffmpeg code we have downloaded from Git

Compiling the source from Git is a sure way to get ffmpeg installed in RHEL 8 / CentOS 8, regardless of the version number subpoints. Using the RHEL 8 / CentOS 8 “Development Tools” packages and git the source code to ffmpeg compiles cleanly, without required dependencies.