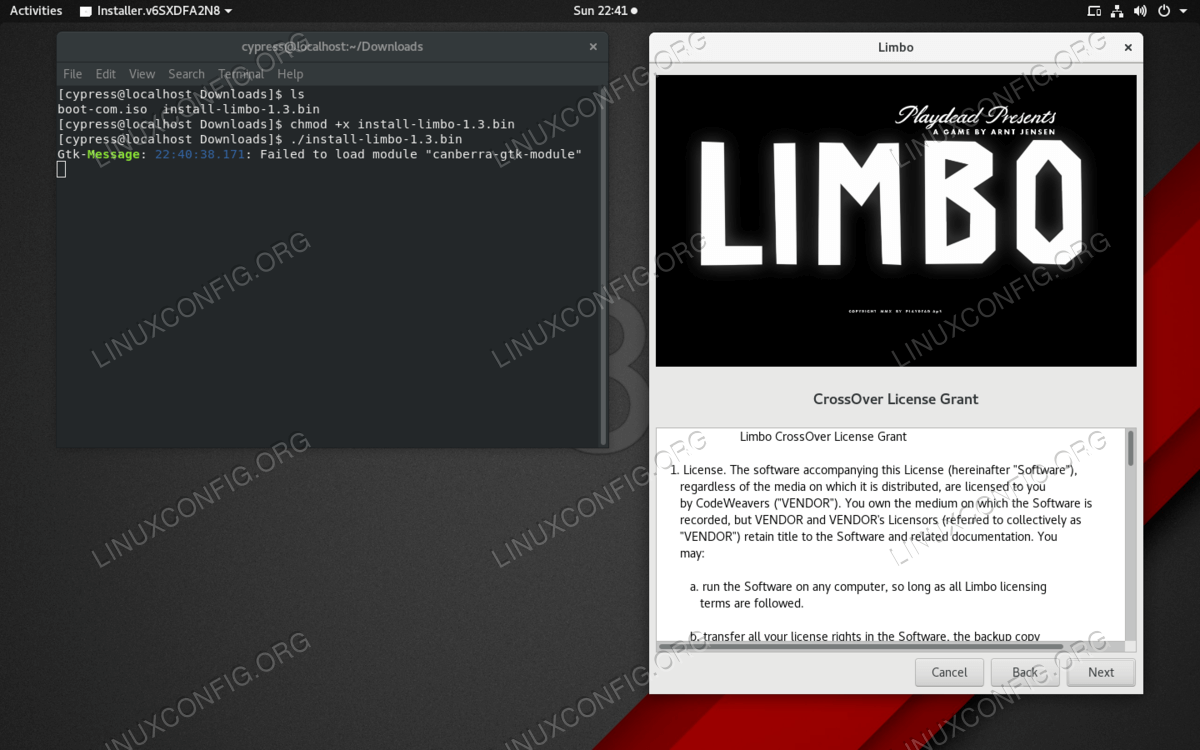 This executable .bin file launched a GUI installer for a Linux game

Use Nautilus to navigate to the folder where the .bin file is located and type ls to list all available files in that folder. You will need to locate the .bin file’s filename and make the .bin file executable so RHEL 8 / CentOS 8 will be able to run it. You can do this with

Then all you need to do is run the file using

Now that the file is marked with the executable bit it will start the installation process. Follow the prompts you will get either in the console or the launched GUI to finish installing the .bin installer.

WARNING
Some installers might require system-wide access and might need to be launched using administrator rights. If an install launched as a regular user won’t install all the files in your home directory you will need to relaunch the .bin installer using sudo ./filename.bin or by entering root mode with su - and launching the file as root.