Zookeeper is a centralized service for maintaining configuration information, naming, providing distributed synchronization, and providing group services.
All of these kinds of services are used in some form or another by distributed applications.

In this article, we have explained the necessary steps to install and configure 3 Node Zookeeper Cluster with a definite quorum on Ubuntu 18.04.

Zookeeper allows distributed processes to coordinate with each other through a shared hierarchical name space of data registers (we call these registers znodes), much like a file system. Unlike normal file systems Zookeeper provides its clients with high throughput, low latency, highly available, strictly ordered access to the znodes.

The performance aspects of Zookeeper allow it to be used in large distributed systems. The reliability aspects prevent it from becoming the single point of failure in big systems. Its strict ordering allows sophisticated synchronization primitives to be implemented at the client.

The name space provided by Zookeeper is much like that of a standard file system. A name is a sequence of path elements separated by a slash (“/”). Every znode in Zookeeper’s name space is identified by a path. And every znode has a parent whose path is a prefix of the znode with one less element; the exception to this rule is root (“/”) which has no parent. Also, exactly like standard file systems, a znode cannot be deleted if it has any children.

Each one of the components that is a part of the Zookeeper architecture has been explained below.

Before installing the necessary Zookeeper packages for configuration, we will configure the hosts file on all the Ubuntu nodes. After that we will create zookeeper user across all three nodes as zookeeper daemon need to be run as zookeeper user itself.

Edit the /etc/hosts file across all three nodes via gedit or vim and do the following changes:

After modifying with the above details in the hosts file, check the connectivity with ping between all the nodes.

Download and extract the Java archive under the /opt directory. For more information head over to how to install java on Ubuntu 18.04.

To set the JDK 1.8 Update 192 as the default JVM we will use the following commands :

After installation to verify the java has been successfully configured, run the following commands :

To check the Java Version run the following commands:

Upon successful installation you will get the below information:

Configure and Setup the Zookeeper

Download and unzip the Zookeeper package from Official Apache archive in all three Ubuntu machines as shown below:

Edit the bashrc for the zookeeper user via setting up the following Zookeeper environment variables.

By default, a sample conf file with name zoo_sample.cfg will be present in conf directory. You need to make a copy of it with name zoo.cfg as shown below, and edit new zoo.cfg as described across all three Ubuntu machines. 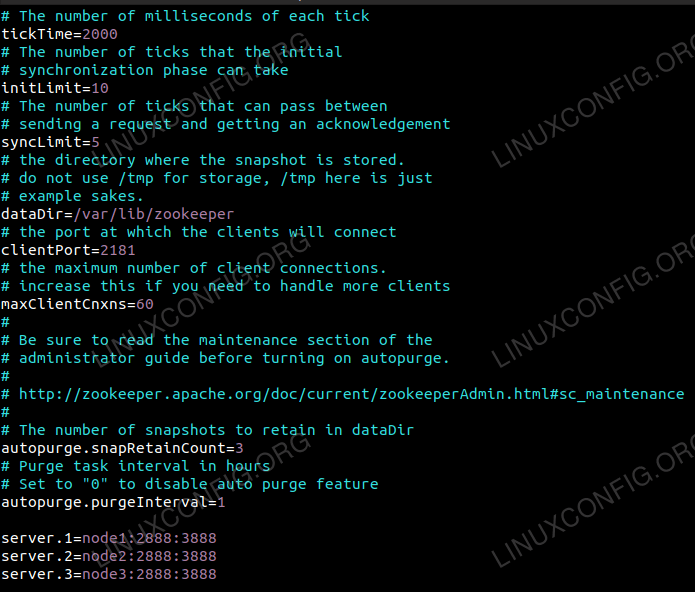 Now, do the below changes in log4.properties file as follows. 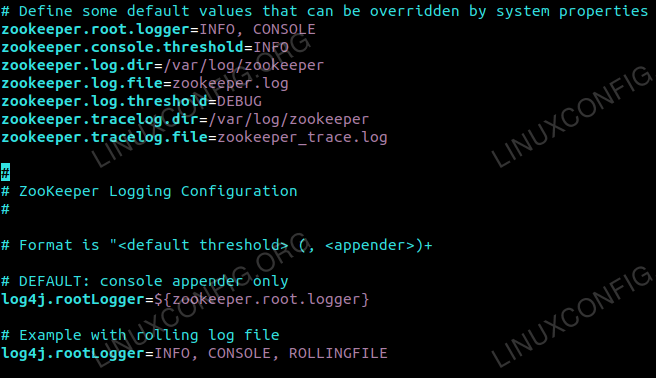 The log file will be created in /var/log/zookeeper of zookeeper named zookeeper.log, tail the file to see logs for any errors.

Verify the Zookeeper Cluster and Ensemble

In Zookeeper ensemble out of three servers, one will be in leader mode and other two will be in follower mode. You can check the status by running the following commands.

Lists brief details for the server and connected clients.

If you need to check and see the znode, you can connect by using the below command on any of the zookeeper node:

Connect to Zookeeper data node and lists the contents.

It has become one of most preferred choice for creating highly available distributed systems at scale. Zookeeper project is one of the most successful projects from the Apache foundation, it has gained wide adoption by top companies, delivering numerous benefits related to big data.

Providing a solid base to implement different big data tools, Apache Zookeeper has allowed the companies to function smoothly in the big data world. Its ability to provide multiple benefits at once has made it one of most preferred applications to be implemented at a large scale.