On a Linux system, the need to find a string in a file can arise quite often. On the command line, the grep command has this function covered very well, but you’ll need to know the basics of how to use it. On GUI, most text editors also have the ability to search for a particular string.

In this tutorial, we’ll show you how to quickly and easily search through files for a specified text string. You’ll learn how to use the grep command to perform this task, as well as how to access the search function in command line and GUI text editors. 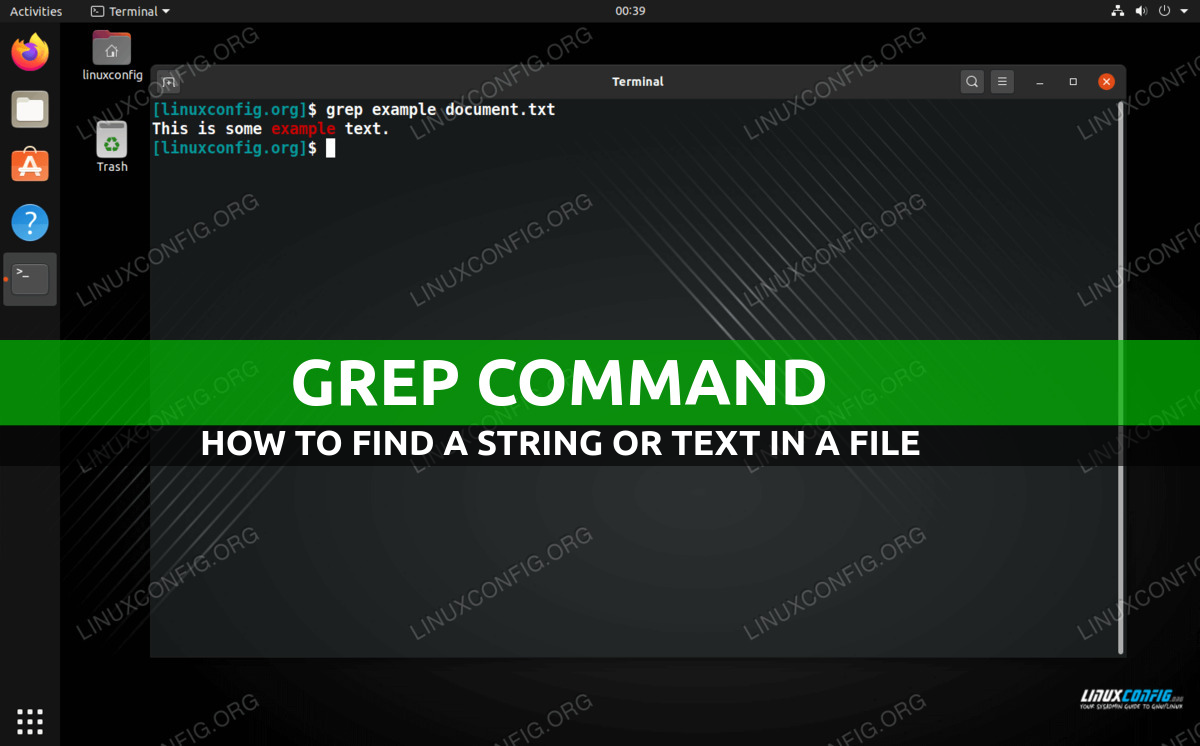 Finding a text string in a file on Linux

Search files for a text string via command line


To search a file (or files) for a particular text string, the only command you should need to know is grep. And it’s easy enough to master. Let’s get started by working with the most simple forms of the command and getting gradually more complex.


To search a file for a text string, use the following command syntax:

For example, let’s search our document.txt text document for the string “example.” 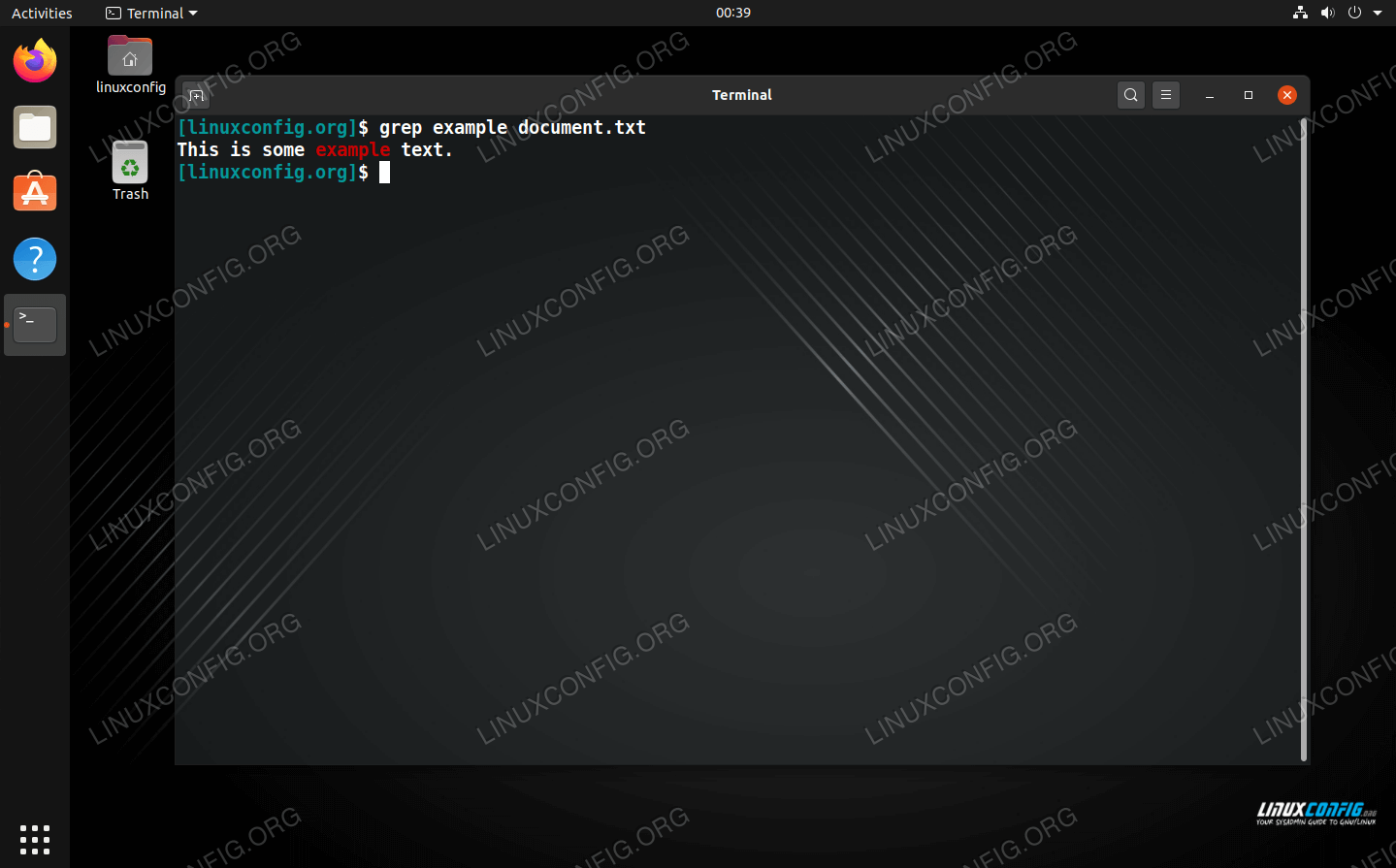 Searching a file for a text string with grep

As you can see from the screenshot, grep returns the entire line that contains the word “example.” If the string occurs on multiple lines, then all of those lines will be returned as well.

If you want to search multiple files, just append as many to the command as you’d like.

You can also use wildcards in the commmand. 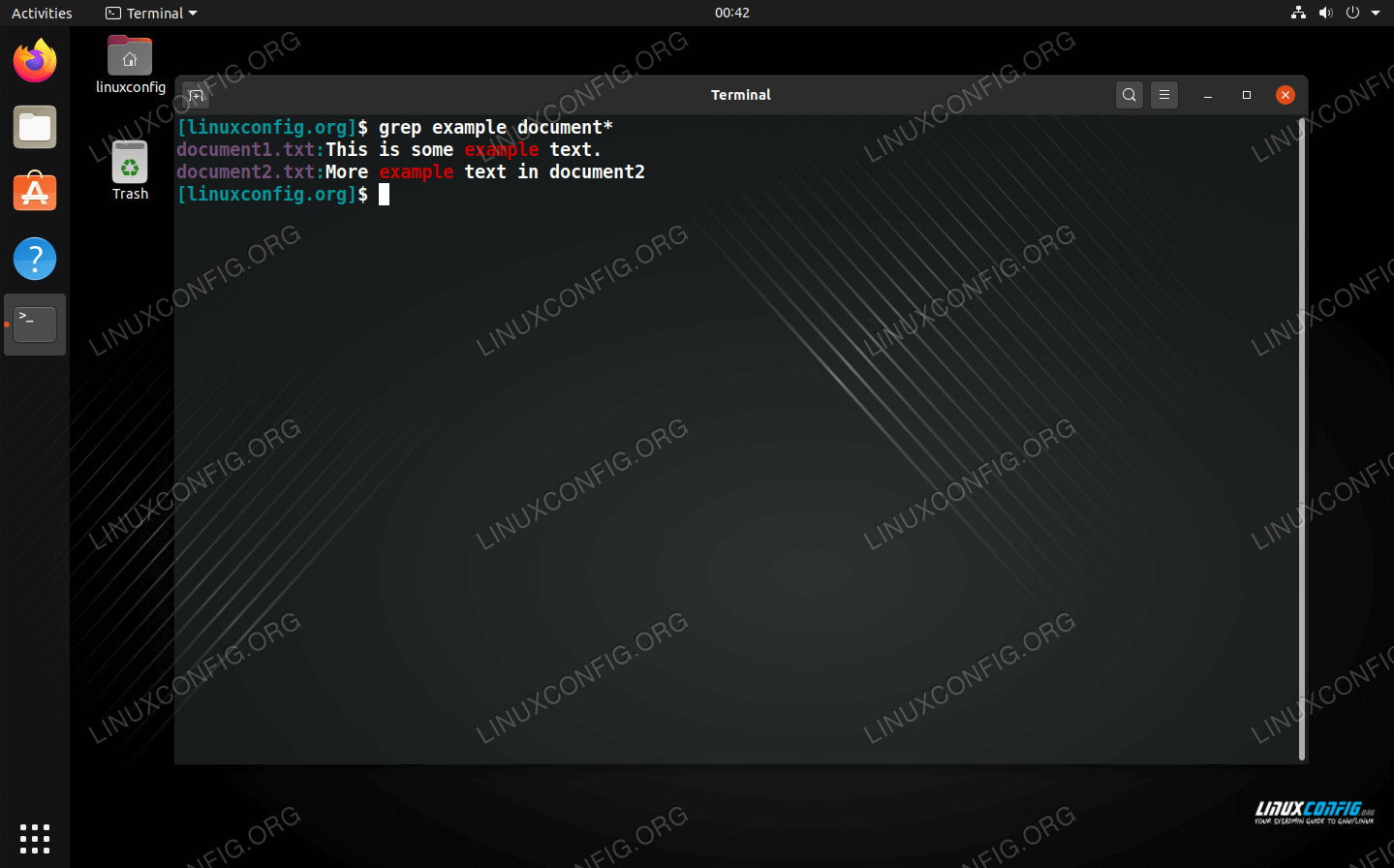 Searching multiple files for a text string with grep

The output from grep shows us which files the string was found in.

To search recursively, use the -r option with grep. 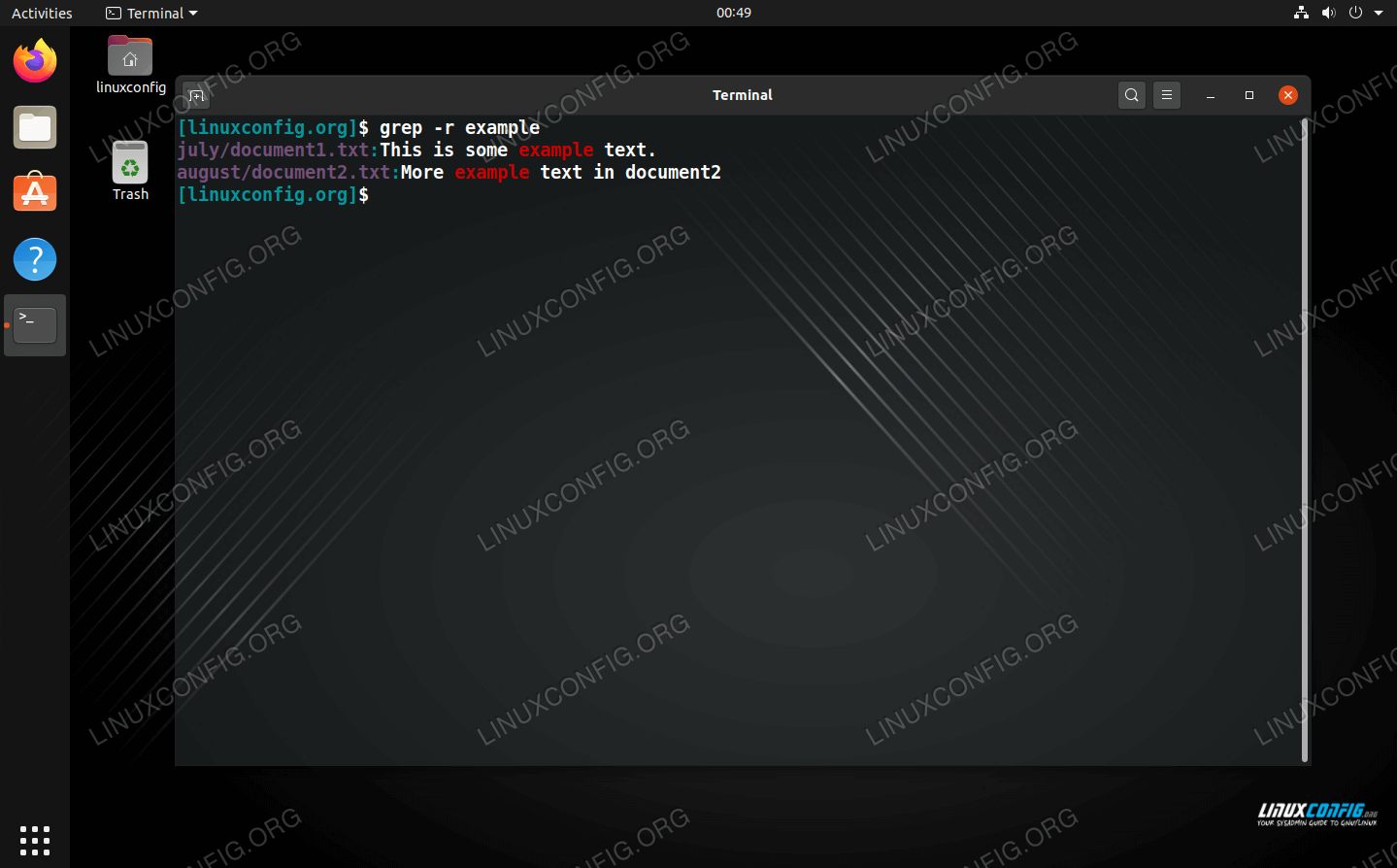 Searching recursively for a text string with grep

As you can see, grep searched multiple directories and indicates where it found the string. You could also specify a directory in your command, but omitting it (as we did in this example) will instruct grep to search every directory in the current path.

Here are some other handy grep command options you may need when searching for a text string:

There’s still a lot more you can do with grep. Check out our guide on grep for more in-depth information, or check the man page for more command line options.

Search for a text string in nano

If you have a file opened in nano and need to find a particular string, there’s no need to exit the file and use grep on it. Just press Ctrl + W on your keyboard, type the search string, and hit Enter. 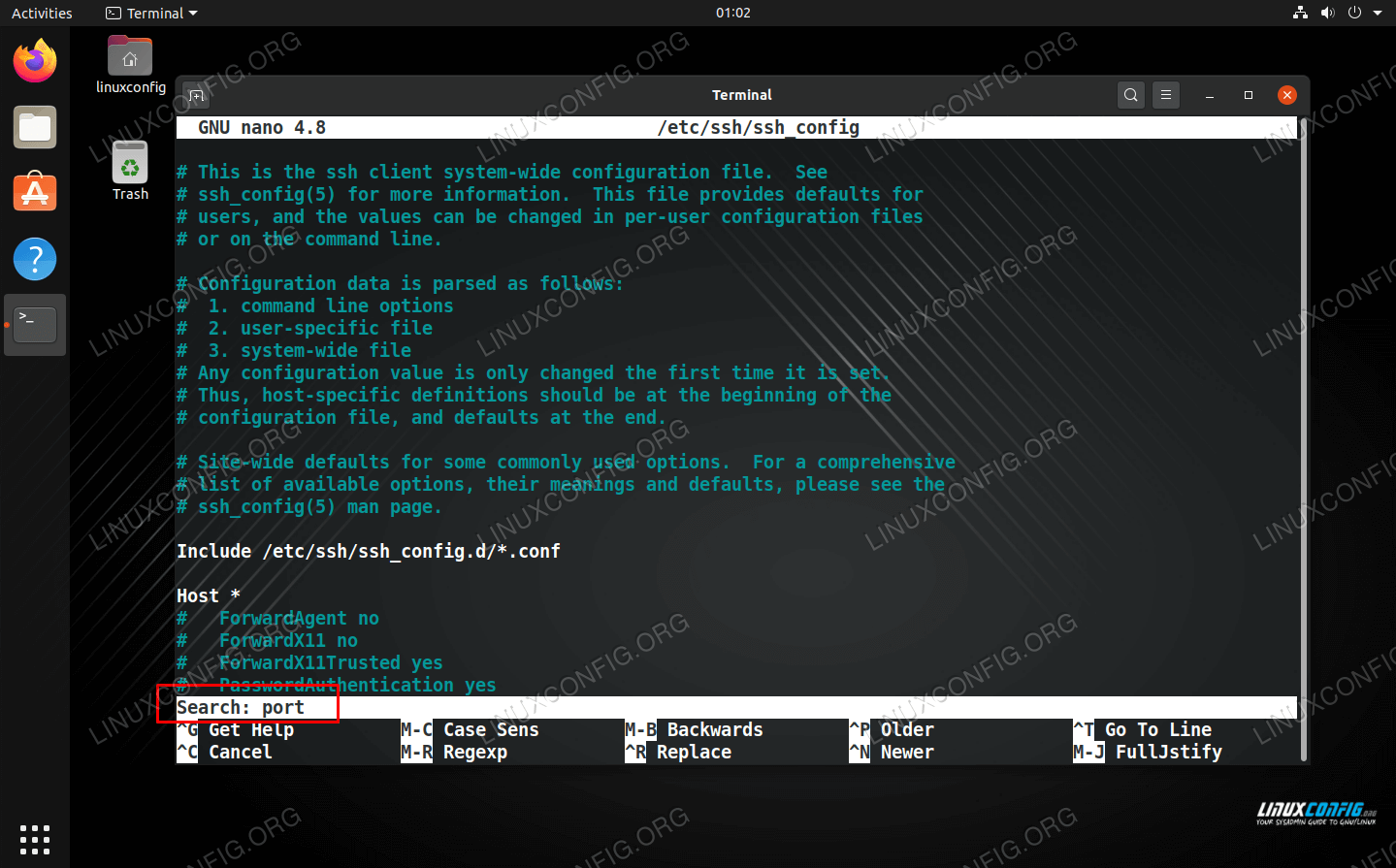 Searching for a text string in nano

Search for a text string in vim

The vim text editor also has a built-in method for searching for a string. All you need to do is type :/ followed by your search string, then press Enter. 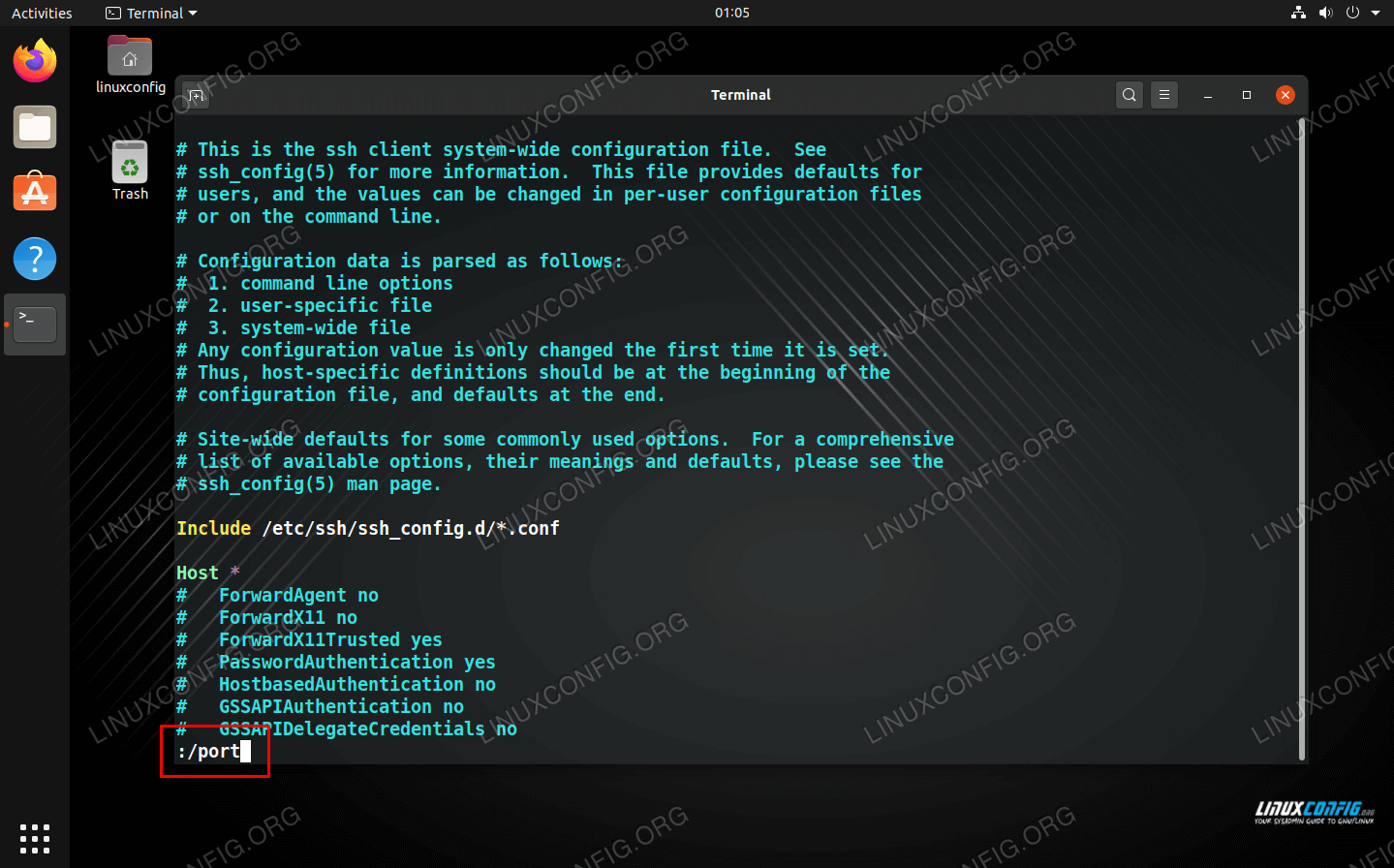 Searching for a text string in vim

Search a file for a text string via GUI

There are tons of GUI text editors available for Linux. Different distros and desktop environments have their own software, so it’s impossible to write a guide that will cover them all. However, they all generally work quite similarly, so we’ll still be able to help you out.


On our Ubuntu test machine, we’re running GNOME and have access to the text editor simply known as “text editor.” We can access its search function from the menu, as seen in the screenshot below. 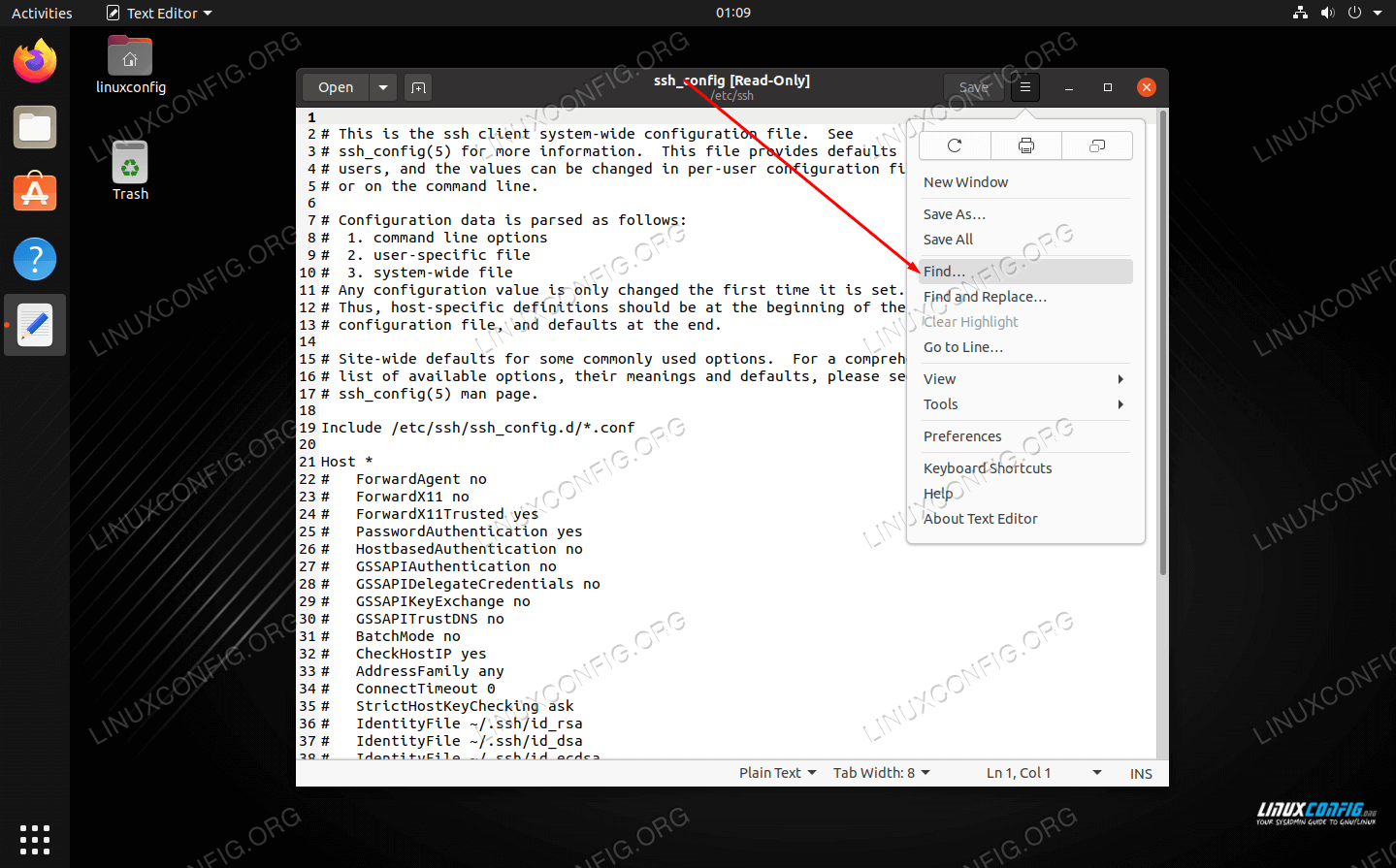 Searching for a text string in a GUI text editor

Searching files on Linux for a text string is a common task and it’s one that’s easy to master. The grep command proves very wieldy and can fetch results lightning quick. If you’ve already opened a file in a command line or GUI editor, there are search functions available there as well. In this guide, you learned everything you’ll need for finding a text string in one or more files on Linux.