Even if you encrypt your traffic with HTTPS or even use a VPN, in some cases, your DNS traffic remains open and readily readable to your ISP and the rest of the world. That might not sound like a lot, but it’s a major privacy concern. DNS resolves the sites you visit, so reading your DNS records can easily tell the story of your browsing habits.

DNSCrypt encrypts your DNS traffic automatically and sends it to DNS servers that also use encryption. This way, the entire transaction remains encrypted throughout. Not even your ISP will be able to see where you’re browsing. DNSCrypt is actually one of the easiest services that you can set up on Linux, so there’s really no reason not to use it. 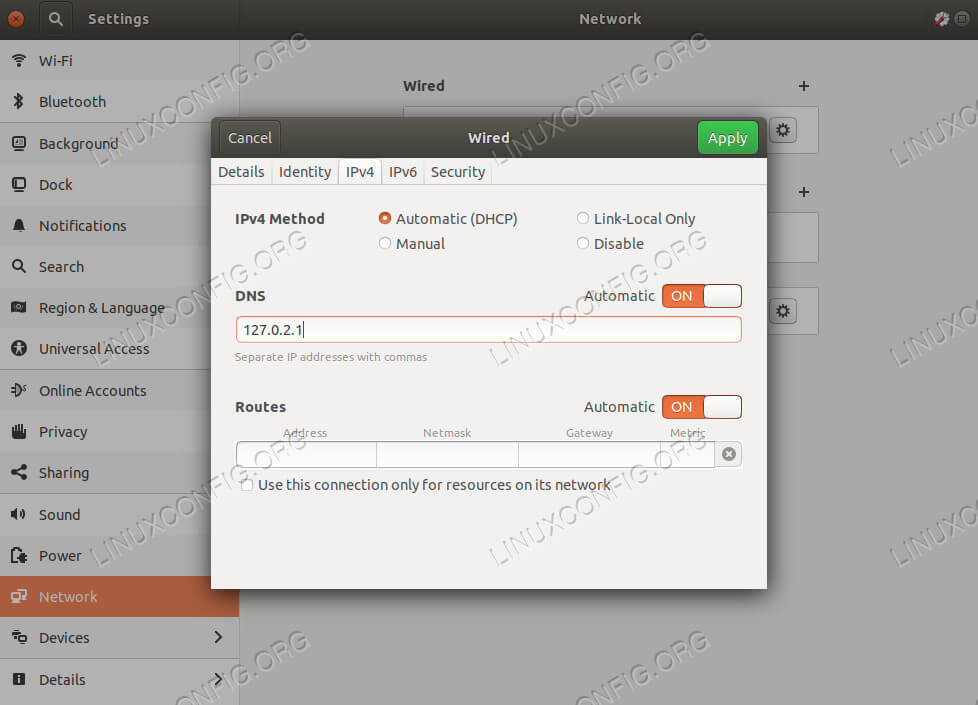 Begin by installing DNSCrypt. It’s already in both Ubuntu and Debian’s repositories, so you’ll be able to just install it with apt.

There really isn’t much that needs to be done in the way of configuration to get DNSCrypt working. Actually, it’s probably already working right after your install. You may want to change the DNS server(s) that DNSCrypt connects to, and that’s actually a simple thing to do.

Open /etc/dnscrypt-proxy/dnscrypt-proxy.toml with your favorite text editor and root privileges. Locate the line that begins with server_names. Add in any of the names on the supported server list surrounded by quotes to the array. The end result should look something like the example below. Cloudflare is a great option, if you’re not sure what to use.

Save an exit your file. Then, restart the DNSCrypt service.

Set DNSCrypt As Your System DNS

While DNSCrypt is running on our system, your computer isn’t configured to use it for DNS. That’s the next step. The method you use will depend on how your network connection is configured. Most people are using NetworkManager, as that’s the default, but if you’ve set up something custom with a static IP, you can use Resolvconf too.

Open up the settings application for your desktop environment. Go to the “Network” section, and open up the connection that you’re using.

In the configuration window that opens up, look for the IP4 section. That’s usually where you’ll find the settings you need.

Under that tab, look for the DNS section, and change any existing servers to 127.0.2.1. Save your changes and exit. Now, restart NetworkManager.

If you’re using Resolvconf or /etc/resolv.conf to specify your name servers, you can still get set up easily. First, if you’re just using a plain test /etc/resolv.conf file, you can change our nameserver line to reflect the local DNSCrypt one.

For Resolvconf, change or add the dns-nameservers line for your interface in /etc/network/interfaces.

Go ahead and restart both networking and Resolvconf. If that doesn’t work, restart your computer.

Your DNS should now be fully encrypted. DNSCrypt will run automatically in the background. Because of your configuration, all DNS traffic will be diverted through DNSCrypt, encrypted, and sent out to the server that you specified. This is an easy way to control your DNS, and it’s not hard to get running, so there’s really no reason not to.