Pulseaudio has a ton of features, most of which you’ll probably never use, but if you do need the ability to play audio through multiple output devices at once, you’re in luck. That happens to be one of Pulse’s lesser known capabilities, and it even works with Bluetooth. 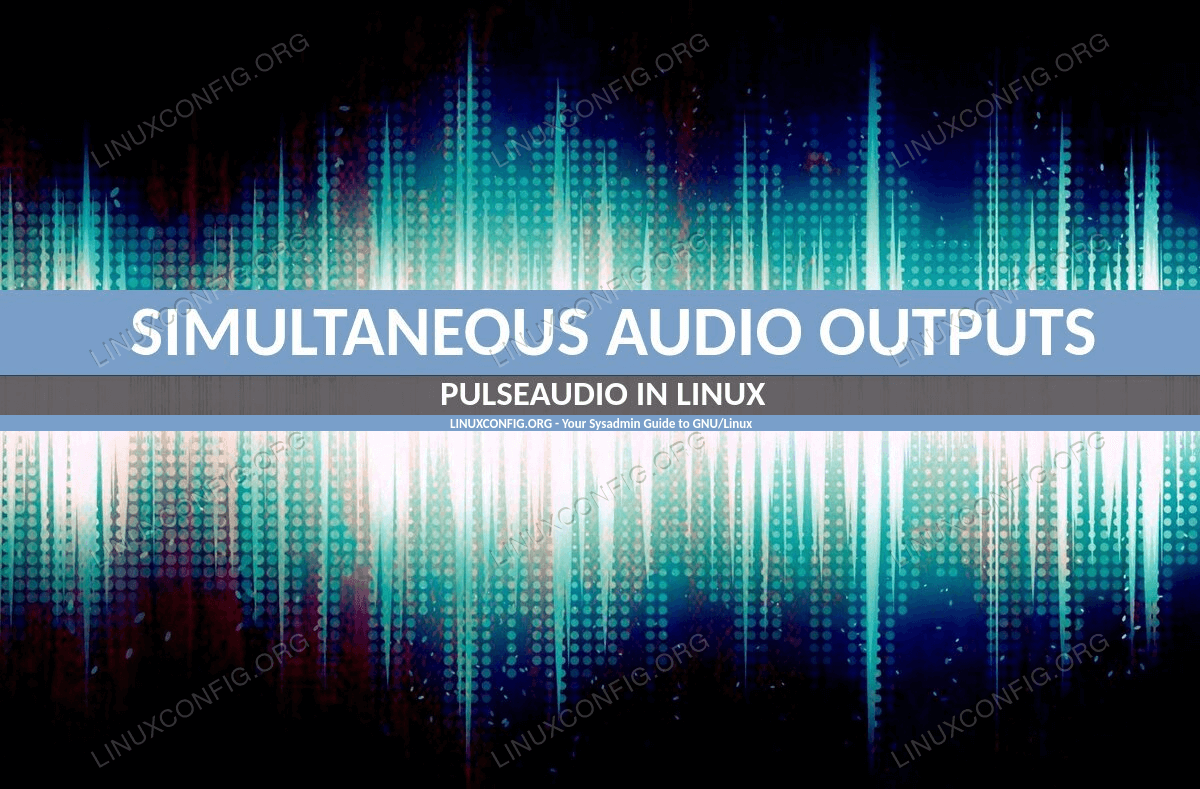 You won’t find the ability to enable simultaneous output in the default Pulseaudio sound controls for any desktop environment. After all, the setting is fairly obscure. So, if you want a graphical control to enable it, you’ll need to install the paprefs package to gain access to additional Pulseaudio controls.

paprefs is kind of a strange application. Most graphical desktops won’t add it to their menu. You can add it yourself, if you choose, but since you probably won’t use it often, it’s most convenient to just launch it from the command line. 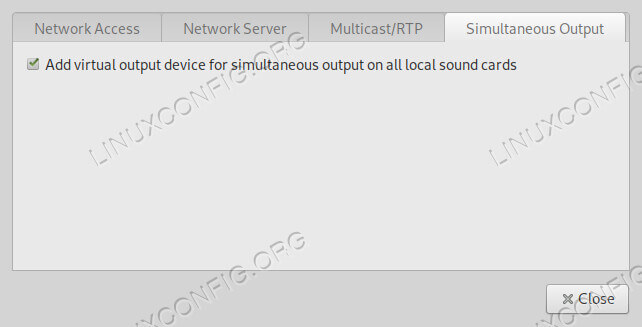 The new preferences window will open up with a series of tabs across the top. Choose the Simultaneous Output tab. 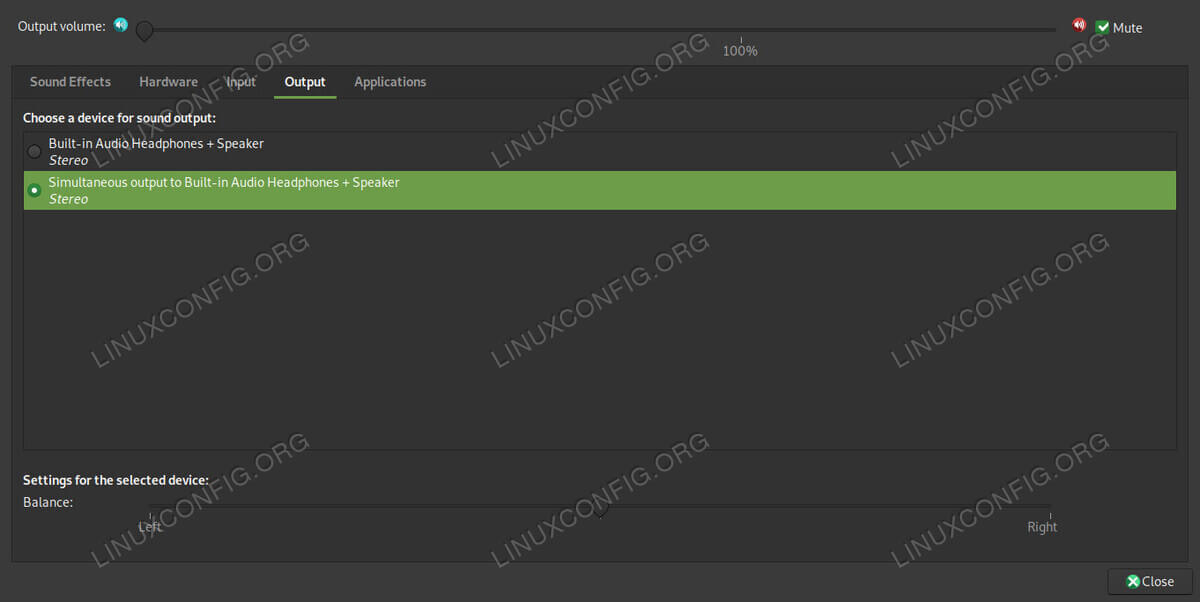 There will only be one item there, Add virtual output device…. Check the box. From there, you can press Close to edit paprefs.

Next, you should make sure that Pulseaudio is honoring the new setting. The best way to do this is by restarting it. Kill the currently running instance.

Depending on your distribution and configuration, Pulse may automatically respawn. If not, you’ll need to restart the daemon. Unless you know which one you’re working with, try restarting it, and if it fails, you can be fairly certain that it already restarted. 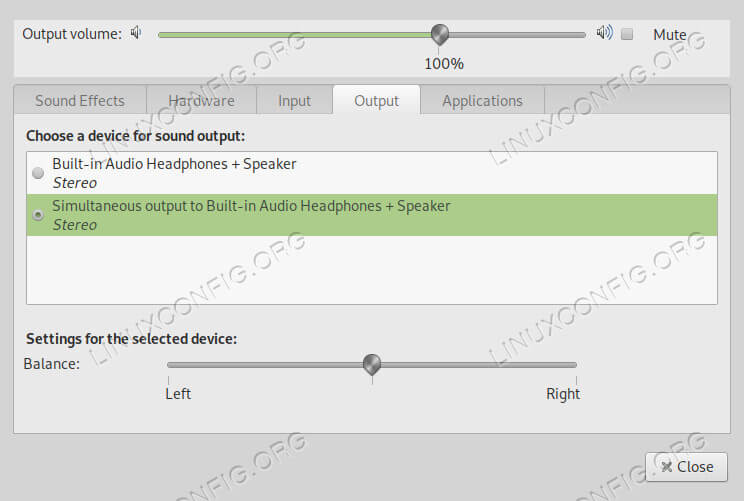 In either case, locate the Output tab. There, you’ll see see the list of available output devices. Choose Simultaneous output to….

That’s all there is to it. You can easily switch back and forth between this simultaneous output and your other output devices. It will remain available on your system as long as the preference is enbled in paprefs.