Mozilla Firefox is one of the most popular and widely used web browsers in the world. It’s available for installation on all major Linux distros, and even included as the default web browser for some Linux systems.

In this guide, we’ll cover the step by step instructions on how to download and install Mozilla Firefox on the most popular Linux distros. This will include methods for installation from a distro’s package manager, as well as a direct download from Mozilla’s site. 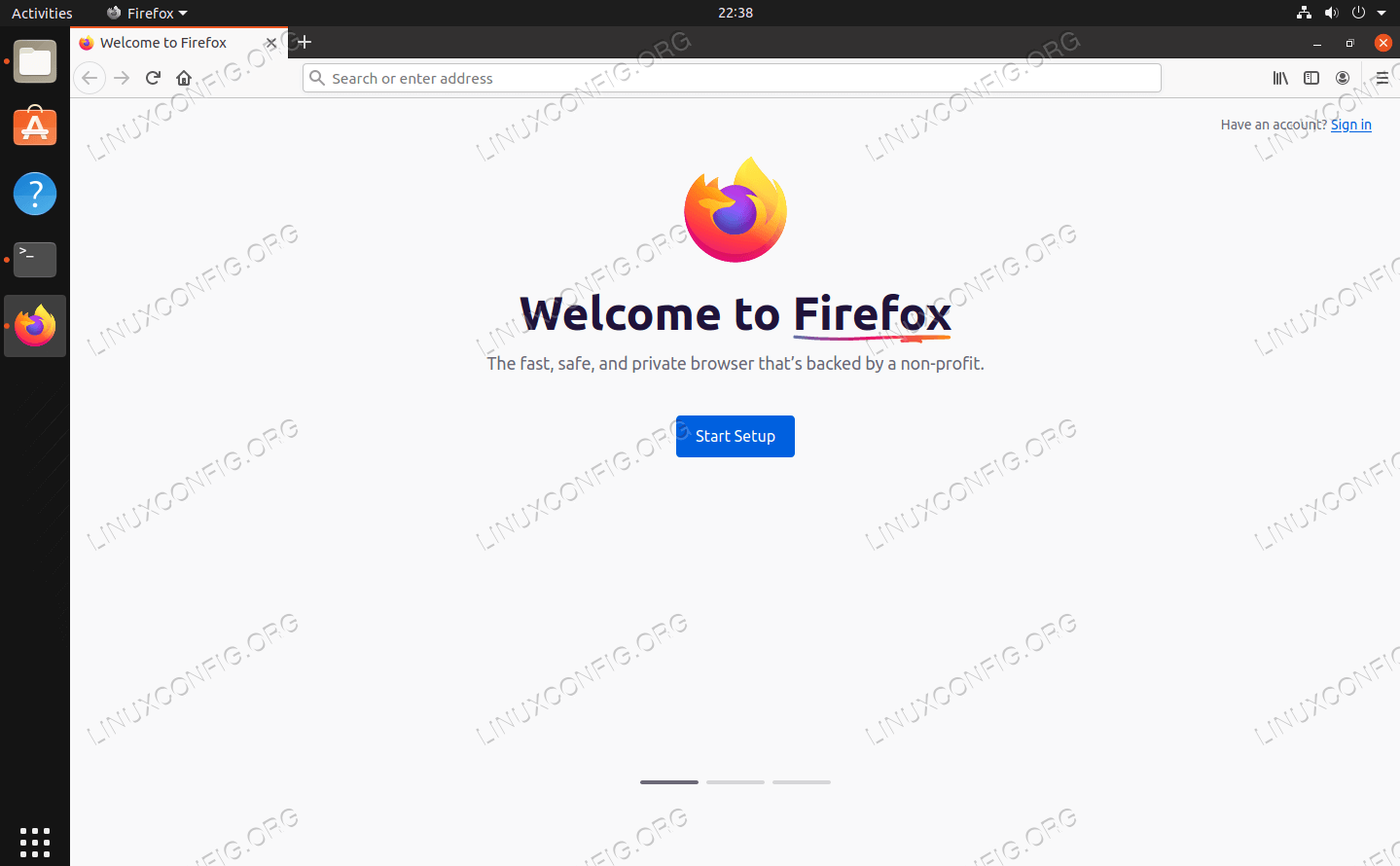 Open a terminal and use the following command to install Mozilla Firefox on Debian based Linux distributions, such as Ubuntu, Debian, and Linux Mint.

Open a terminal and use the following command to install Mozilla Firefox on Red Hat based Linux distributions, such as CentOS, Red Hat, and Fedora.

Open a terminal and use the following command to install Mozilla Firefox on Arch Linux based Linux distributions, such as Manjaro and Arch Linux.

Open a terminal and use the following command to install Mozilla Firefox on OpenSUSE.

Using your distro’s package manager is a convenient way to install Firefox; however, you can also download the installer directly from Mozilla’s website. This may be more ideal for users that wish to avoid the command line or if you want to make sure you’re getting the very latest version of the browser. It also allows you to choose a different language.

Head over to the Firefox download page to get the installer. 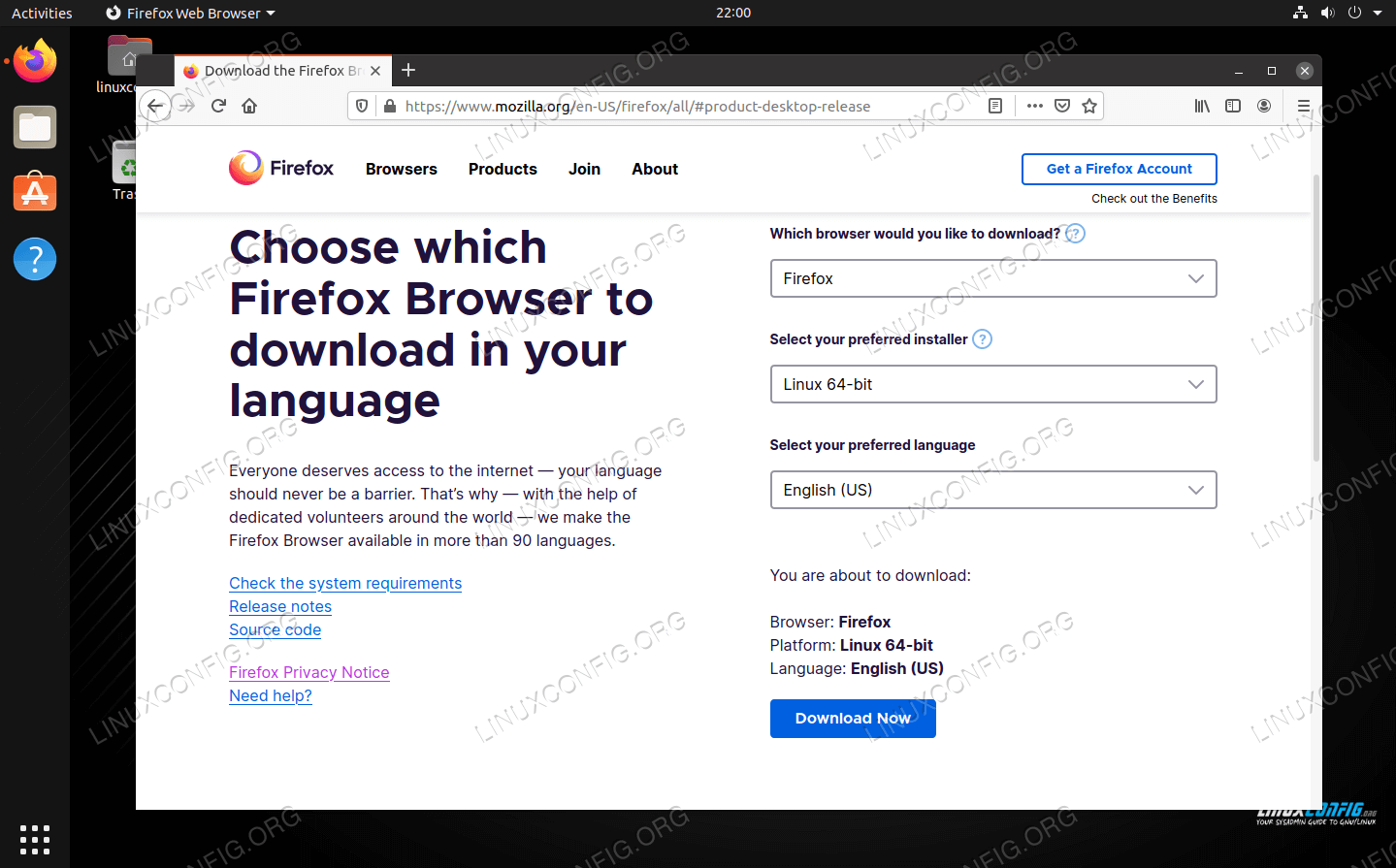 Downloading Firefox from the official site

Once it’s downloaded, use the following commands to extract the files and install Firefox, but substitute the correct file name.

Firefox is now accessible under ~/bin/firefox/firefox. You can create a shortcut icon or add it to your quick launch area for easier access.

In this guide, we saw how to install one of the world’s most common web browsers, Mozilla Firefox, on an assortment of popular Linux distributions. Using your distro’s package manager makes the job very easy, but you can also download the files directly from Mozilla’s site.