If you’ve ever needed to know whether a physical cable is connected to a network port on your Linux system, you don’t necessarily need to be right in front of the computer or server to look and see. There are several methods we can use from the Linux command line in order to see if a cable is plugged into a network slot.

There are a few reasons why this could come in handy. For one, it shows you whether the system itself detects that there’s a cable plugged in. This could be an essential troubleshooting step if you know for a fact that the cable is properly plugged in, yet the system is not detecting it. It’s also helpful on remote systems or if you’re just too lazy to look at the back of the computer and see if the cable is plugged in.

Check out some of the examples below where we go over various commands that check whether a physical network cable is plugged in or not. 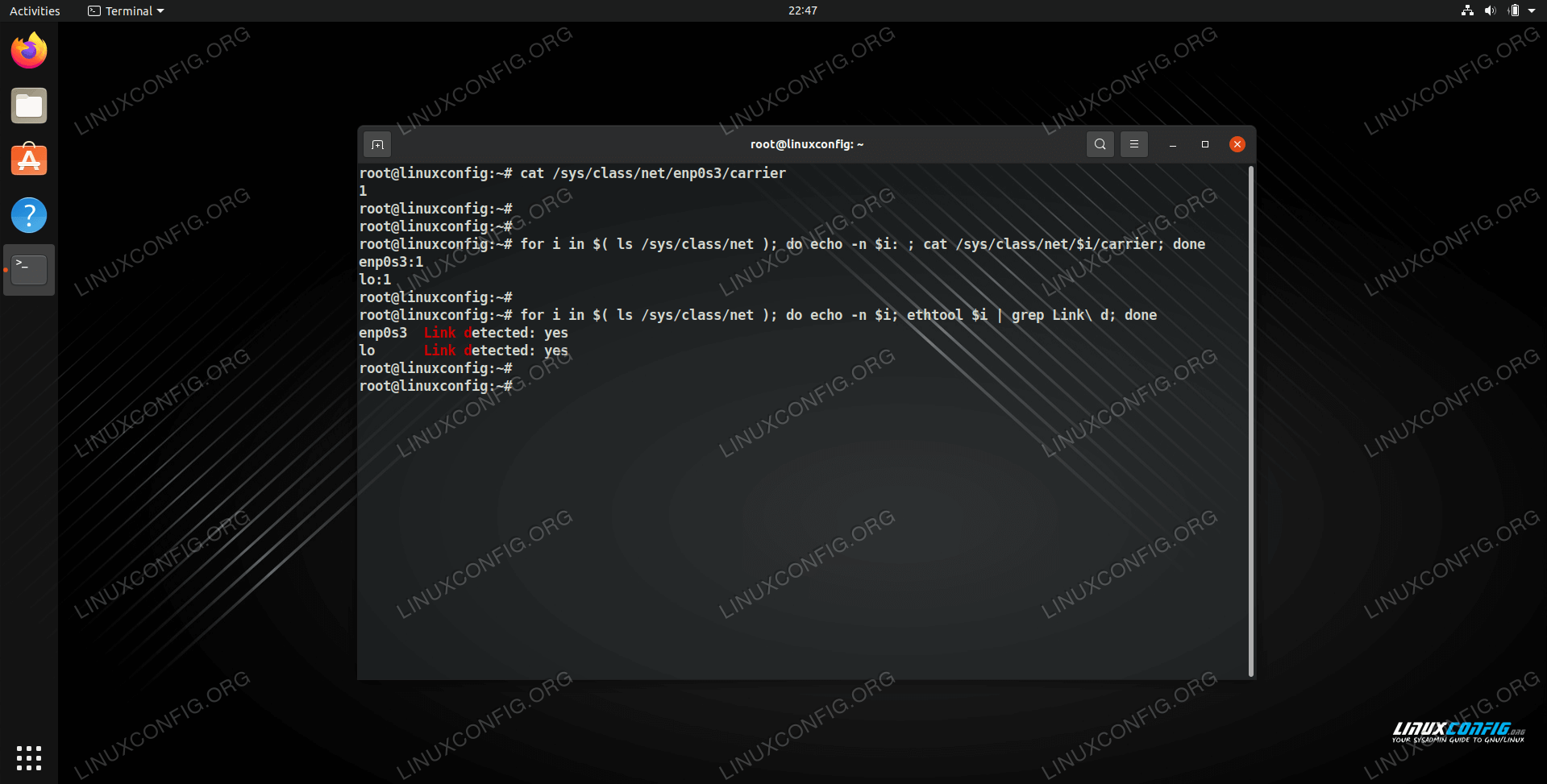 Detect if a physical cable is connected

Various tools can be used to detected a physical cable carrier state. However, the easiest accomplish this task is by using basic native tools like cat or grep thus to avoid any need for additional software installation. Take a look at the methods below to see how.

Now, if you really want to get fancy you can do the above task using the ethtool command. Here’s how to install the software on major Linux distributions:

To install ethtool on Ubuntu, Debian, and Linux Mint:

To install ethtool on CentOS, Fedora, AlmaLinux, and Red Hat:

To install ethtool on Arch Linux and Manjaro:

Now that it’s installed, you can use one or more of the following commands below to test the network connection of a physical cable.

In this guide, we saw how to detect whether a physical cable is connected to a network card slot on Linux. This is handy to check the connections on a remote machine or just as a troubleshooting step to see if your system is detecting a physical cable or not. If you have a cable plugged in but your system is not detecting it, it could mean you’re missing a network driver or have a faulty network card altogether.