UFW is the handy and simple default firewall found on Ubuntu 20.04 Focal Fossa. As easy as it is to configure, you still need to know the proper syntax in order to edit it. In this guide, we’ll show you how to list and delete individual firewall rules in UFW. 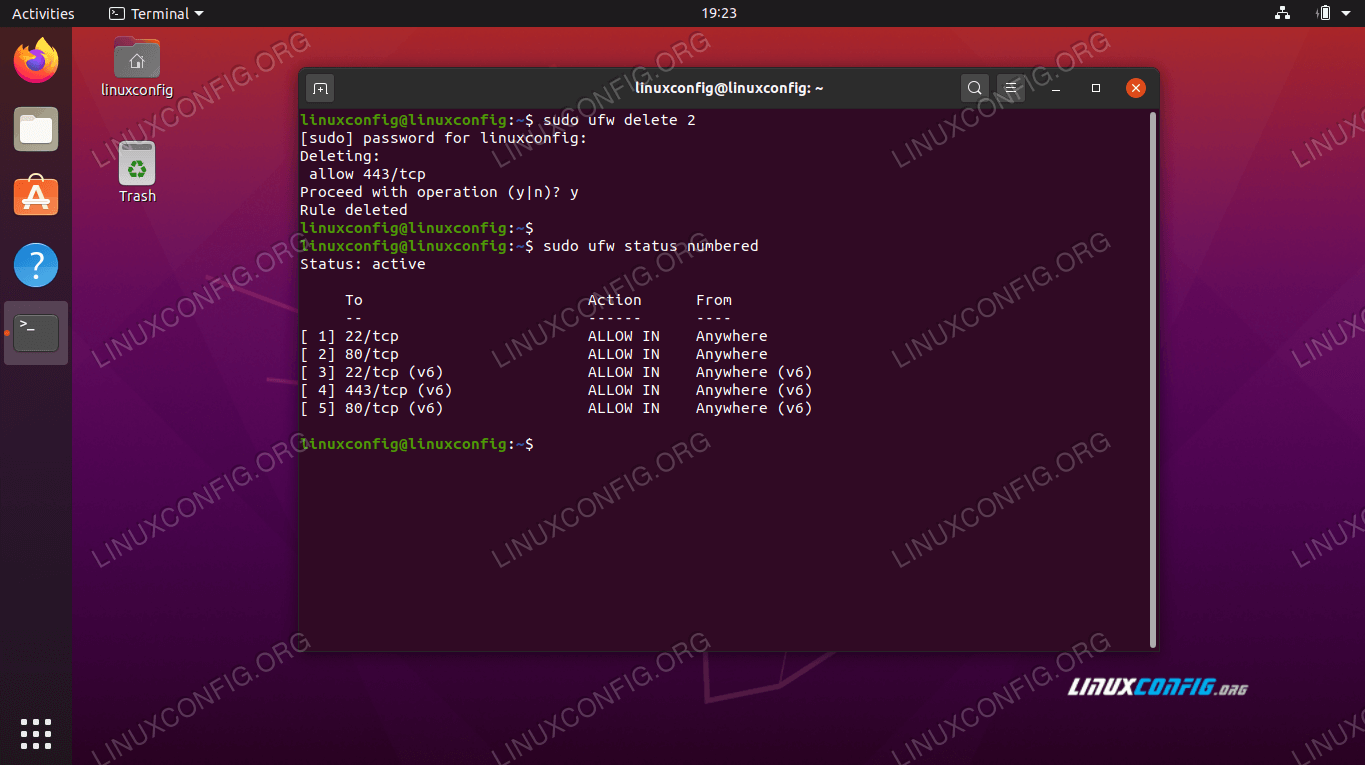 Deleting a firewall rule in UFW on Ubuntu 20.04

In order to delete firewall rules from UFW, we first need to get a numbered list of the rules that are currently configured. Open a terminal and enter the following command to list all the rules:

UFW should output a numbered list of firewall rules, as seen in the screenshot below: 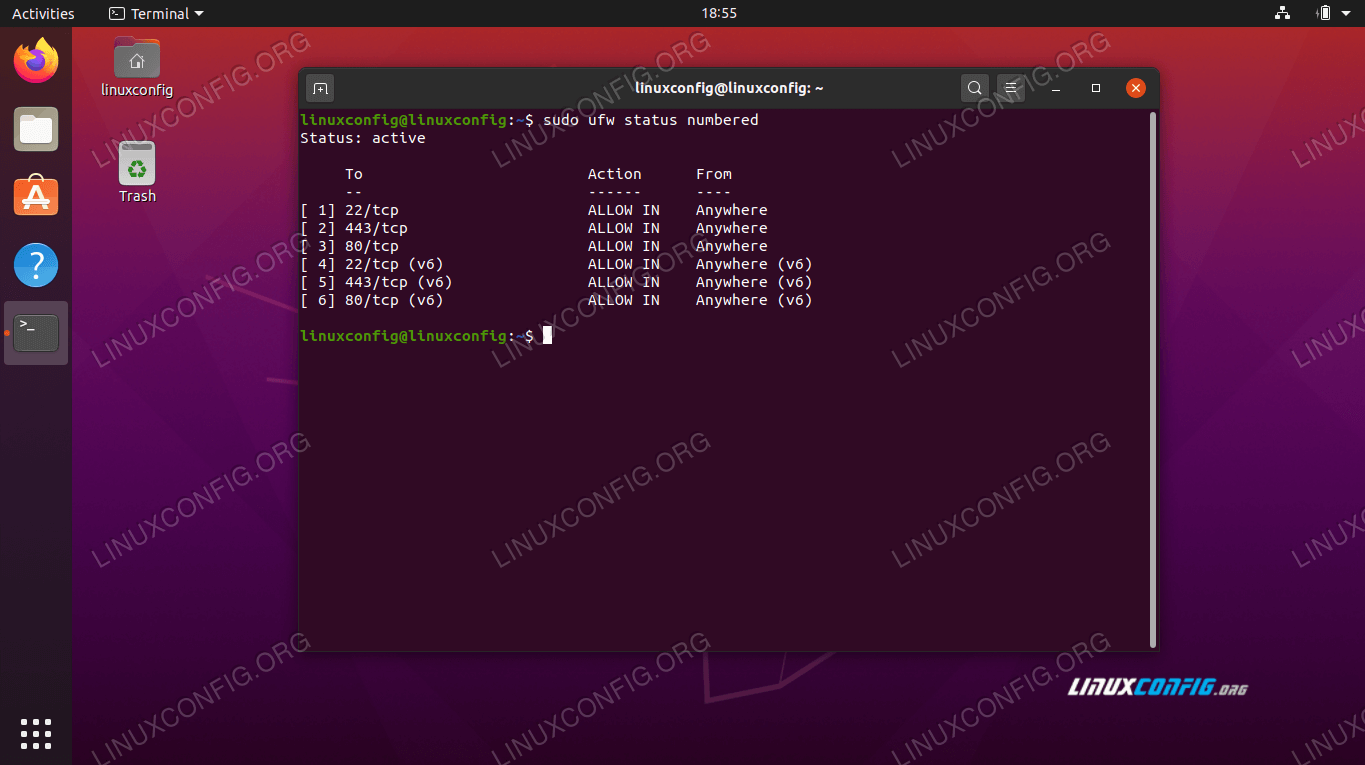 Take note of the number that corresponds to the firewall rule you’d like to delete. In our example, we’re going to delete rule #2, which allows connections over HTTPS (port 443) on IPv4. The following command deletes rule #2:

After running that command, you’ll be asked to confirm that you want to delete the rule. Just enter y and press enter to continue. Now that it’s been deleted, you can check UFW’s list of rules once again to make sure that the rule no longer appears:

Deleting the rule and confirming its removal
DID YOU KNOW?
You can only delete one firewall rule at a time. Keep in mind that the numbering changes each time you remove a rule.

In this guide, we learned how to list and delete firewall rules in UFW. UFW (Uncomplicated Firewall) lives up to its name in this regard, as deleting rules is dead simple. The only thing to keep in mind is that you may also want to delete the corresponding IPv6 rule.