The sudo user can execute any command with administrative privileges, hence execute commands as root.

To be able to create a sudo user we first need to create a regular user. To do so we can use adduser command. Visit How to Add user on Ubuntu 18.04 for more information on how to create new users.

Next, we we need to add the new user to an existing sudo group:

Using a sudo command we are now able to run any command with root privileges by prefixing the actual command with sudo. We are also able to gain root prompt:

Note the # character. This means we are now logged in as root. To confirm run:

The below video will summarize the entire sudo user creation process:

Using your graphical interface simplify sudo user creation on Ubuntu 18.04 desktop. We few click we are able to create user and at the same time assign the user sudo administrative privileges.

Consider a following example on how to create a sudo user on Ubuntu 18.04 Desktop: 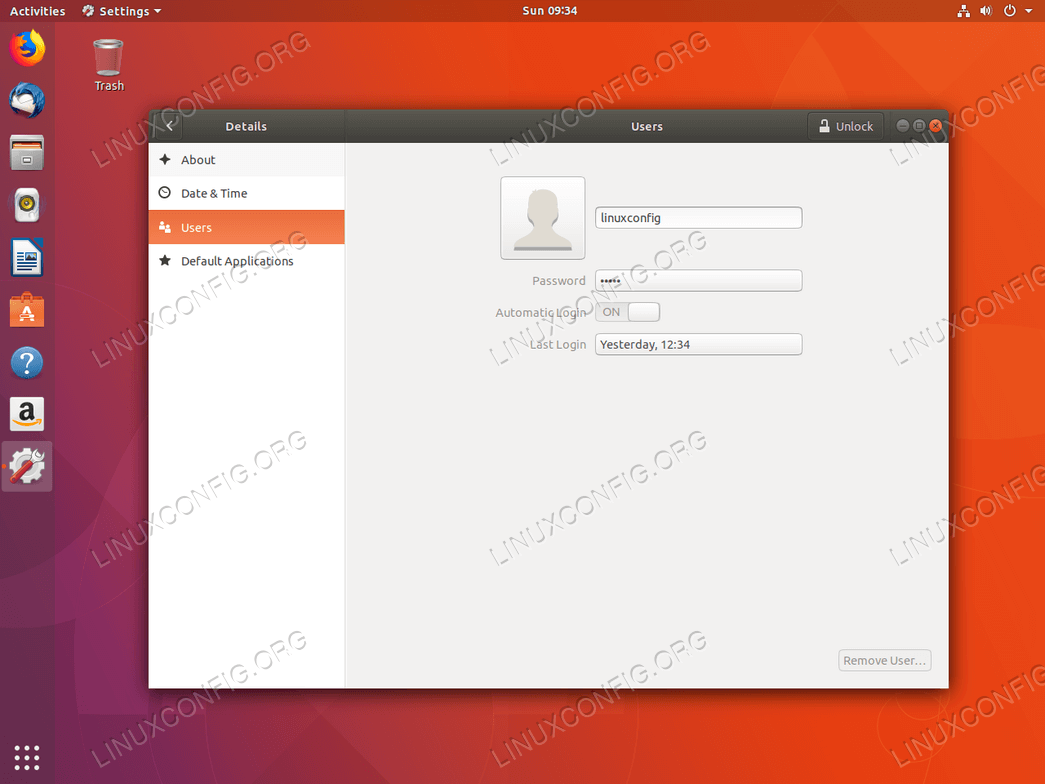 To create a new user on Ubuntu GNOME Desktop, first open SETTINGS window. Next navigate to About->Users menu. Press the top right Unlock button to get into administrative mode. 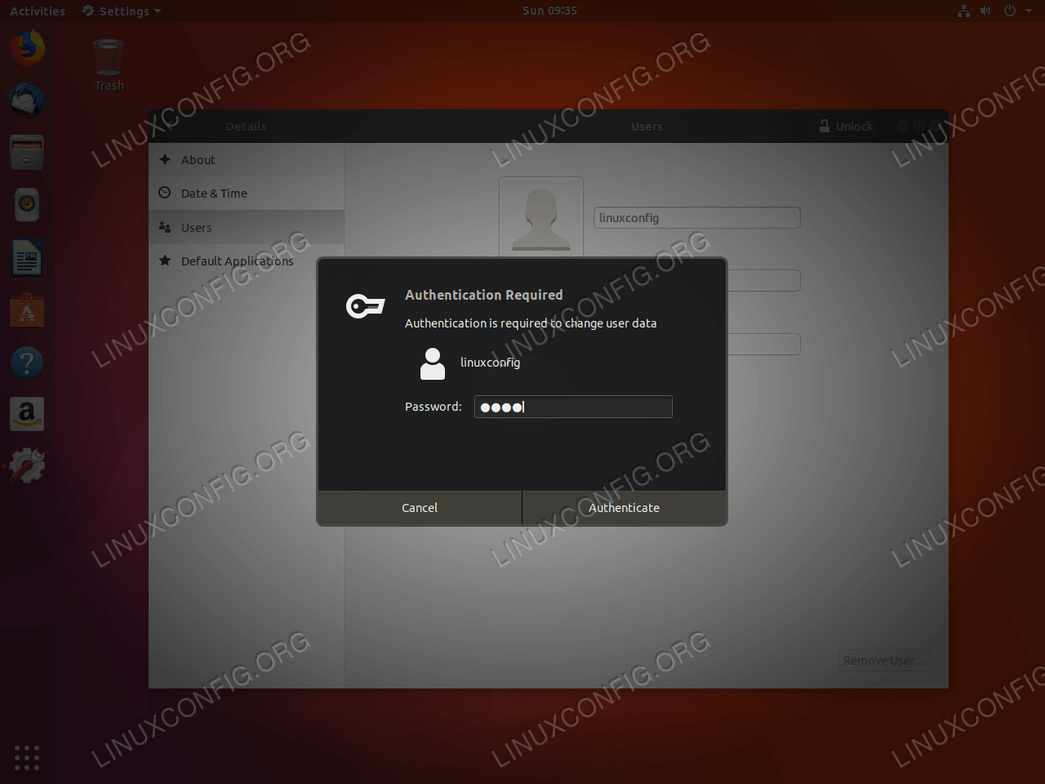 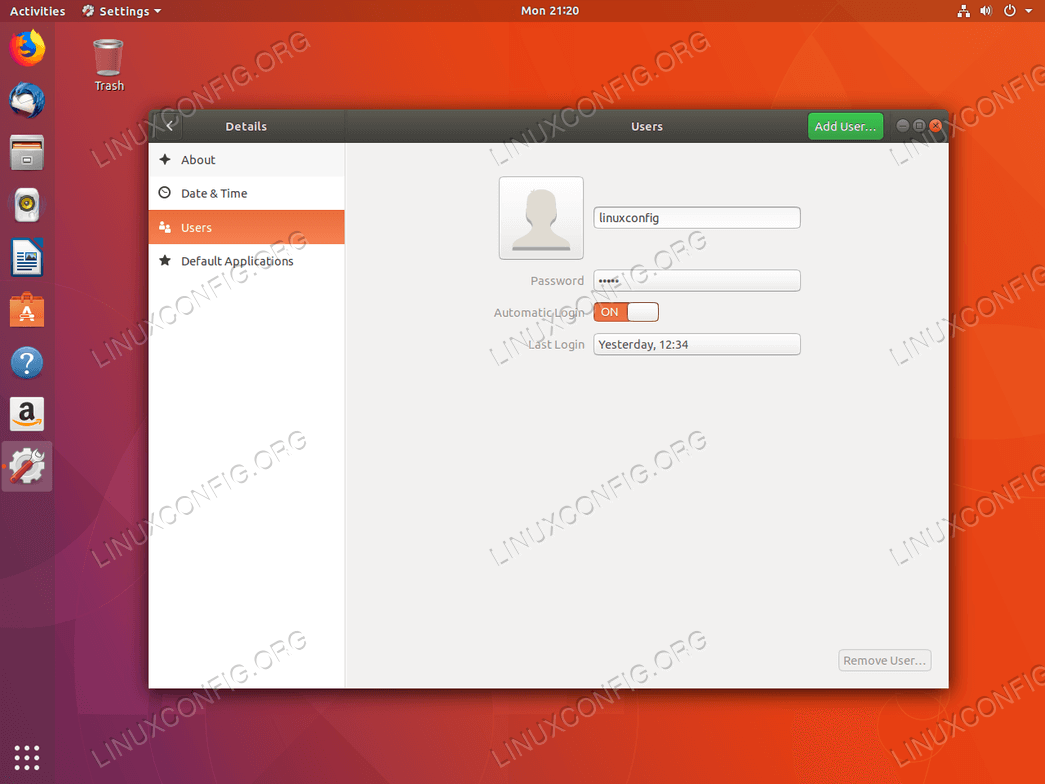 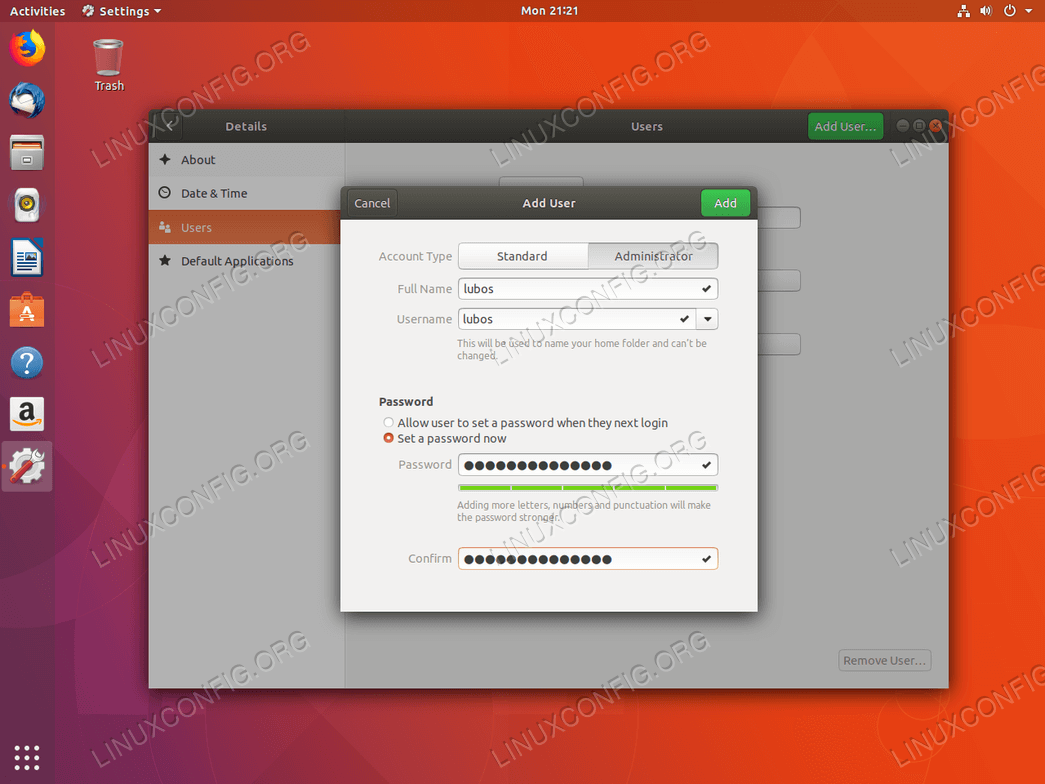 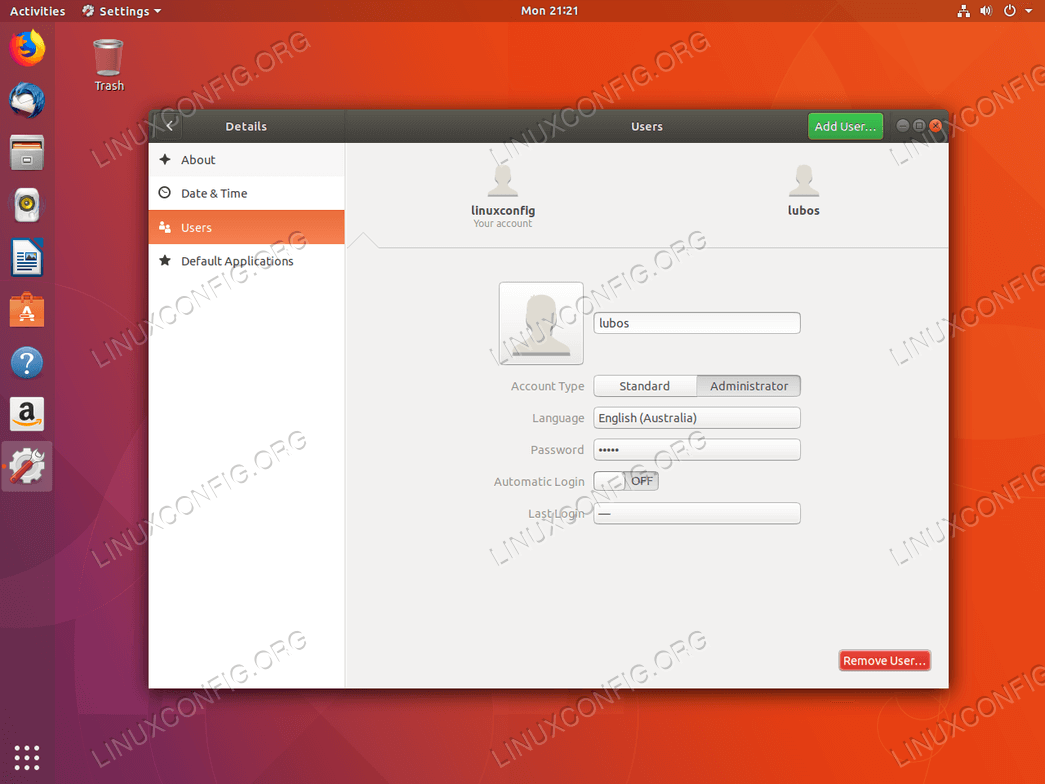 All done. New sudo user has been created.