Many people find it useful to organize some of their most frequented applications as shortcuts on their desktop. This allows for quick launching of programs or custom shortcuts. Although most Linux systems rely on a sidebar app launcher or start menu, desktop shortcut launchers can allow you to open applications or websites super fast, since they live right on your desktop and make the targets only a click away.

In this tutorial, you will see how to create desktop shortcuts on a variety of desktop environments, including GNOME, KDE Plasma, Xfce, Cinnamon, MATE, and LXQt. This will include setting a custom icon and name for your desktop shortcut, in order to make them easily identifiable and tailored to your tastes. 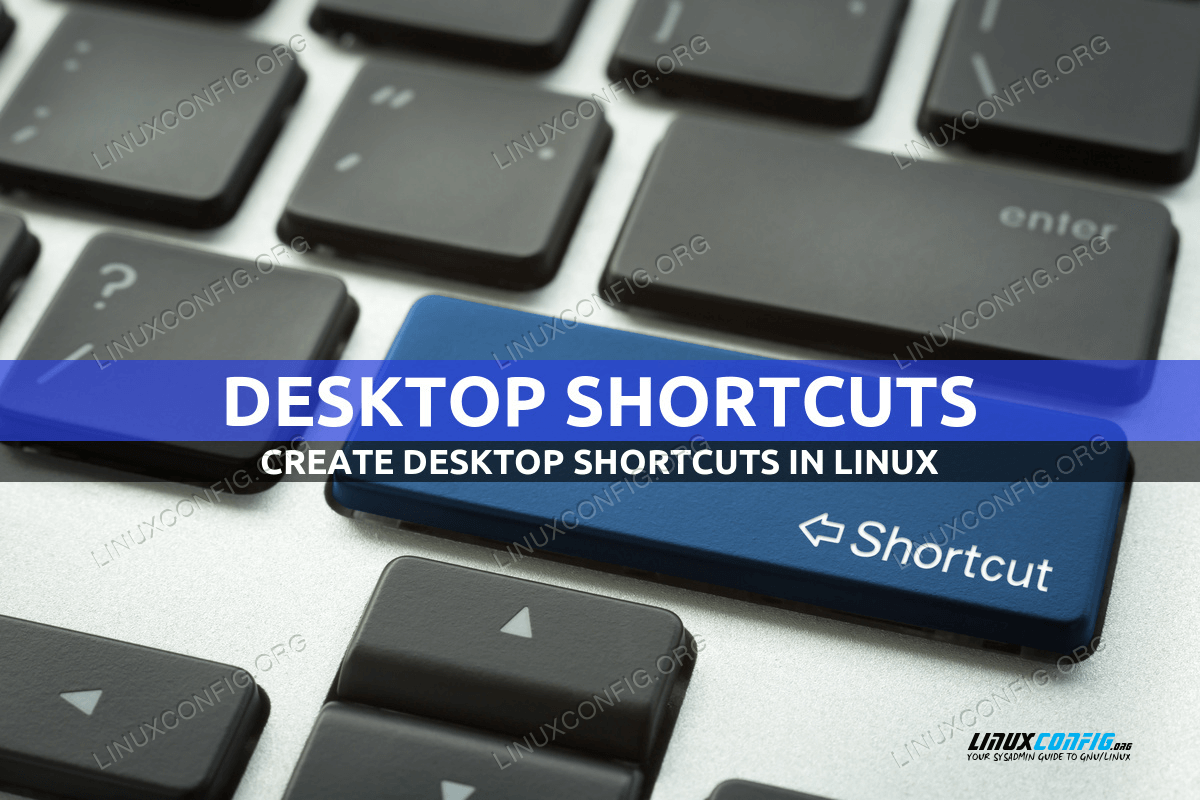 For the following example, we will create a desktop shortcut to the Gedit text editing program. This is an application available on GNOME. However, you can easily adapt the template below to make a shortcut for any application you wish.

All done. You should now be able to use your desktop shortcut in order to quickly access the application you have set it for. If you run into any errors, be sure to check the Exec setting is correct and leads directly to the application executable that you are trying to launch.


In this tutorial, we saw how to create a desktop shortcut on a Linux system. The method shown here will work on all major desktop environments, including GNOME, KDE Plasma, Xfce, Cinnamon, MATE, and LXQt. Note that some desktop environments include other ways to add shortcuts, such as in the right click context menu of an app, but this has a lot of variance across environments and versions.