Why would you need to create a simple Two-Way SSH tunnel? In your Linux system administration job have you ever found your self in a situation in which you cannot SSH to a any of your servers/hosts that may be behind a firewall, NAT or otherwise obstructed from an easy access.

In order to gain the access, you would need to reconfigure the firewall or create VPN which could be an enormous overhead just because you need to execute few commands from now and then. With Two-Way SSH tunnel you can connect to any destination under a single condition, which is, the ability to ssh login from the destination to the source.

If you can do that, you can as well reverse login from source to destination even if it is behind firewall or NAT. 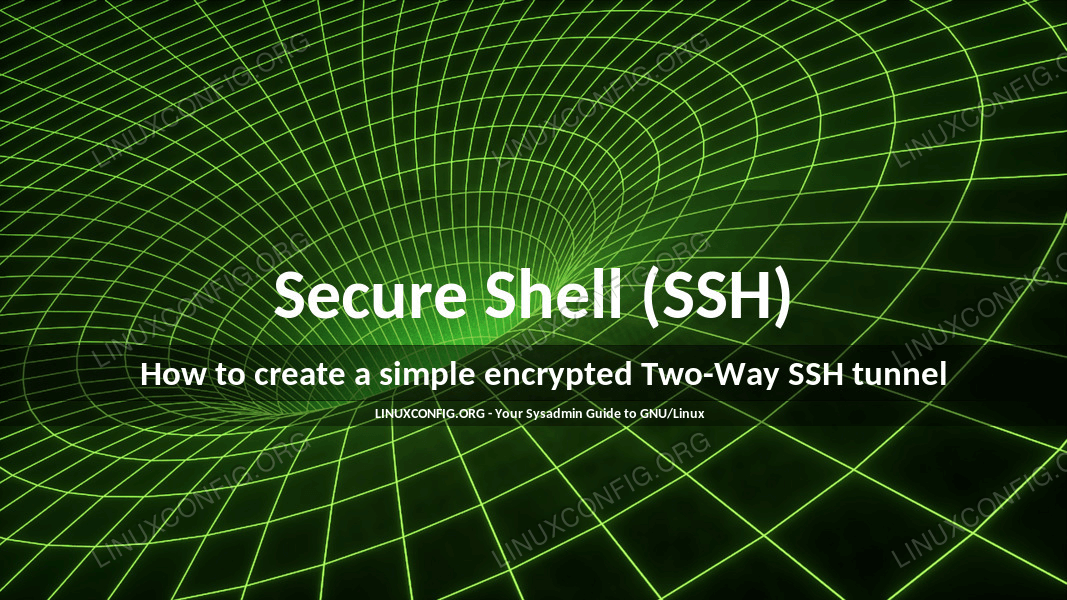 How to create a simple encrypted Two-Way SSH tunnel

The result of the above linux command should be a successful remote login from HostB to HostA.

After a successful SSH login the UserA should be connected to HostB via SSH tunnel.