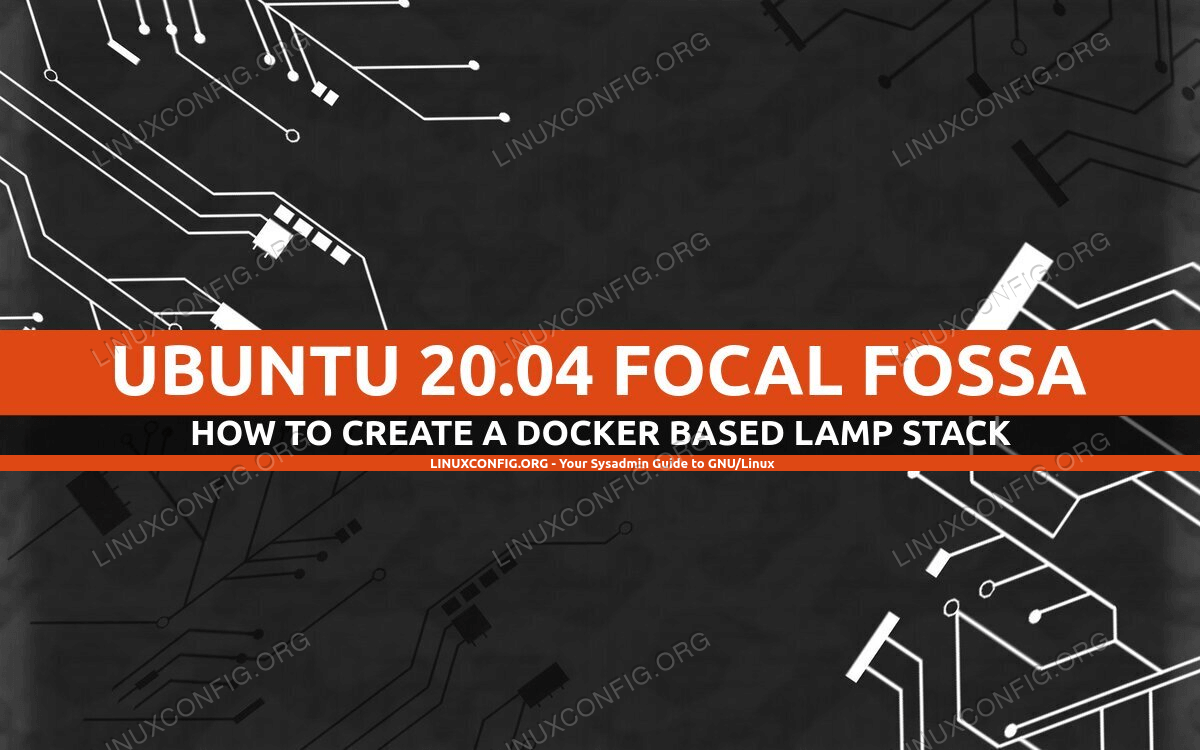 Our basic LAMP stack should now be complete. As a bonus, we may want to add phpMyAdmin to it, in order to easily control our MariaDB database from a user-friendly web interface. Let’s add the related service definition to our docker-compose configuration:

We named our service phpmyadmin and configured it to use the phpmyadmin/phpmyadmin image from dockerhub. We also used the links keyword for the first time; what is this for? As we already know, by default, and with no special configurations needed, all the containers created in the same docker-compose configuration are able to talk to each other. The phpMyAdmin image is configured to reference a running database container by the db name, therefore we need to create an alias with the same name for our mariadb service. This is exactly what links is used for: to define extra aliases to reach a service from another one.

Inside the service definition we also mapped port 8081 of our host machine, to port 80 inside the container (port 80 is already mapped to the same port inside the php-httpd container). The phpMyAdmin interface will be therefore reachable at the localhost:8081 address. Let’s rebuild our project and verify it: 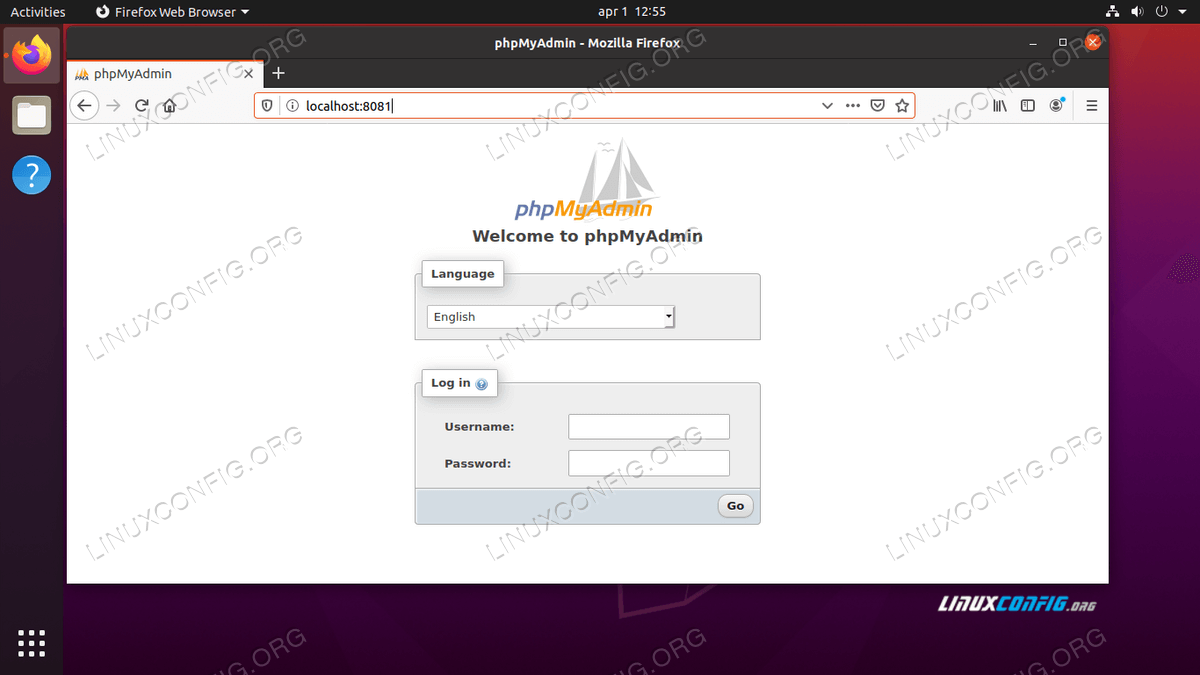 We can login with the credentials we defined for our database service, and verify that the testdb database has been created: 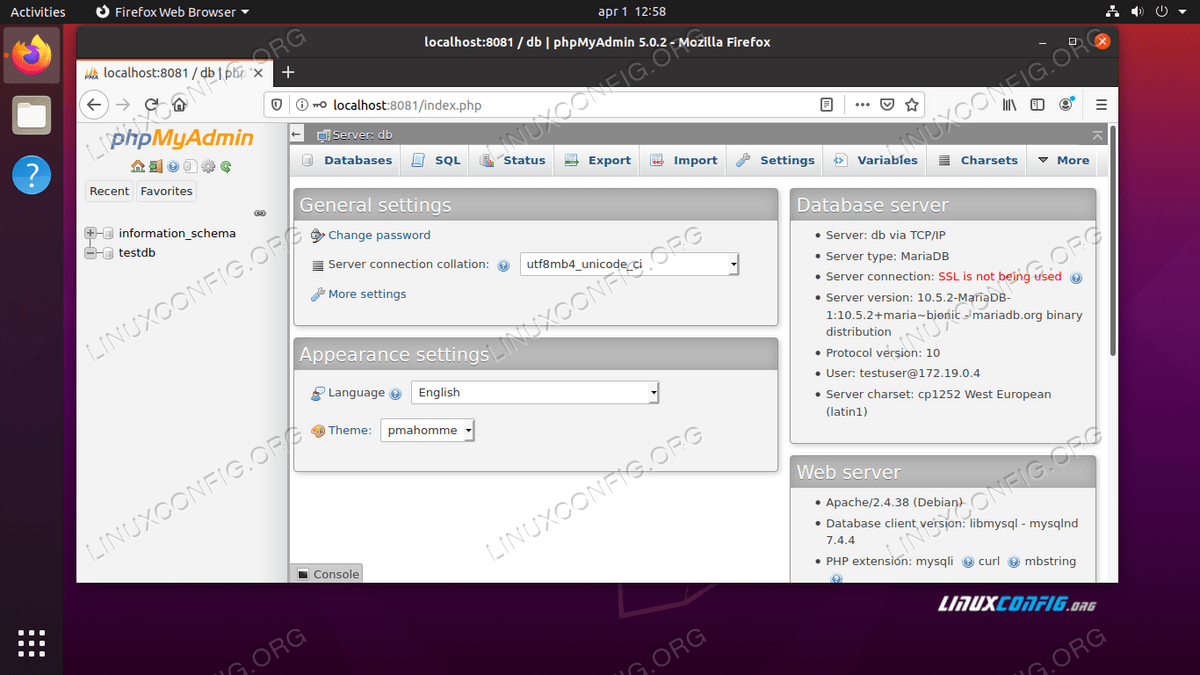 Using a custom image for a service

In the examples above we always used vanilla images in our services definition. There are cases in which we may want to use custom docker images based on them. For example, say we want to build the php-httpd service, but include an additional php extension: how can we do it? On the root of the project, we define a new directory, and for convenience name it after the service:

Inside this directory we create a Dockerfile, used to extend the base image, with the following content:

Back in our docker-compose.yml file, we modify the definition of the php-httpd service. We cannot reference the image directly as we did before. Instead, we specify the directory containing our custom Dockerfile as the build context:

In the build section we define configurations that are applied at build time. In this case, we used context to reference the directory containing the Dockerfile: said directory is used as build context, and its content is sent to the Docker daemon when the container is built. To apply the modification we must re-build the project.

By the way, to know more about additional extensions in the php docker image, you can take a look at the official documentation, and specifically the PECL extensions section.