HandBrake is a popular open source application that’s available for most distirbutions. The way you can get a current version of HandBrake differs by distribution, though.

For anyone running Mint or an LTS version of Ubuntu, you may want to use the HandBrake PPA instead. It has newer builds of HandBrake for older Ubuntu releases.

As with a lot of multimedia tools, HandBrake is available through the RPMFusion repository on Fedora. To start, enable the repository on your system.

When that’s finished, you can install Fedora with its graphical front end.

Arch and Manjaro have the latest releases of HandBrake in their repositories. Just install it.

How to Use Video Conversion Profiles 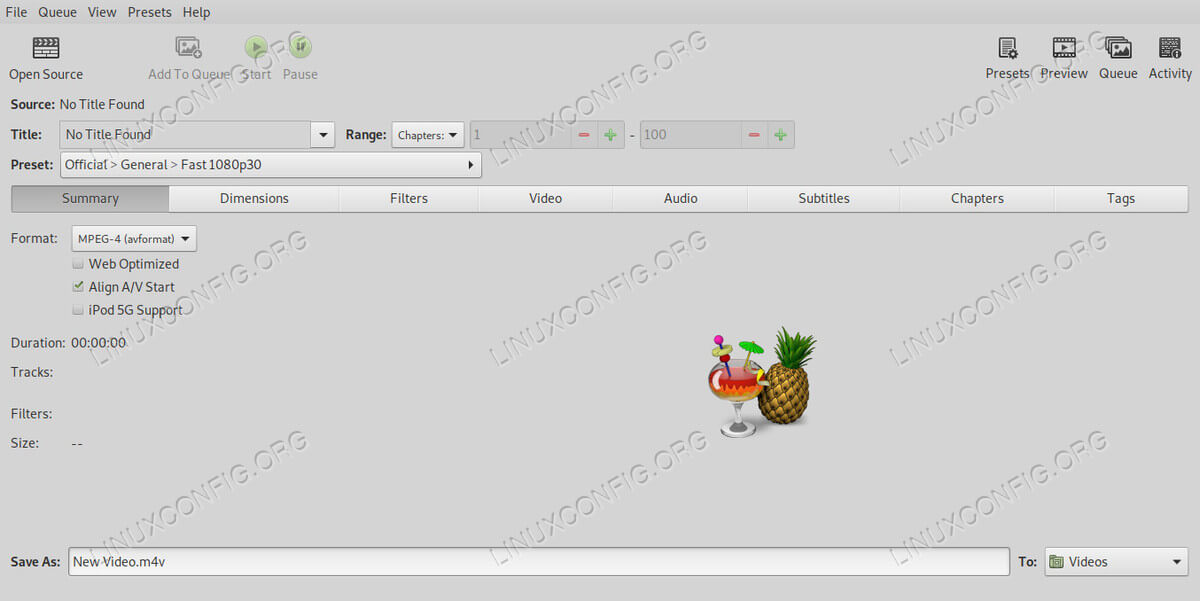 To start with HandBrake, press Open Source in the upper left corner of the screen. This will allow you to browse to the source location of your original video. You can use a DVD as the source as well, to create backups of something that you’ve already burned. Once you have your video loaded, you can choose a preset to work with. HandBrake has a ton of convenient presets that will automatically set the application up to convert your video for a certiant resoluton, framerare, or device. 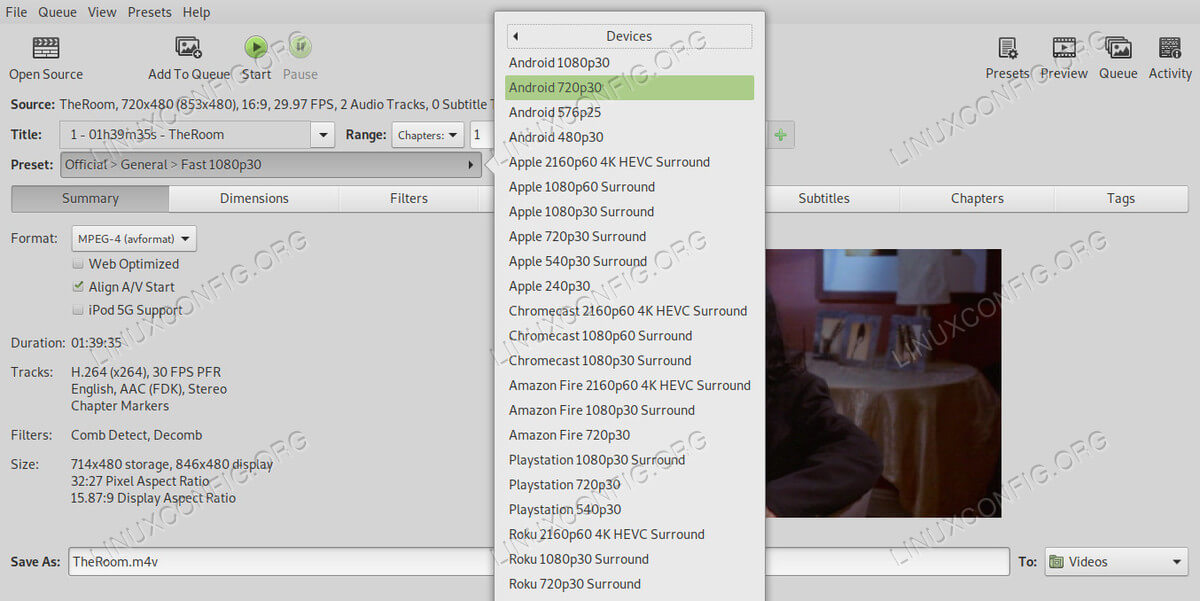 Open the Preset menu. There, you can choose which preset you want to use. HandBrake has presets for various mobile devices and the Web as well as various resolutions and refresh rates. 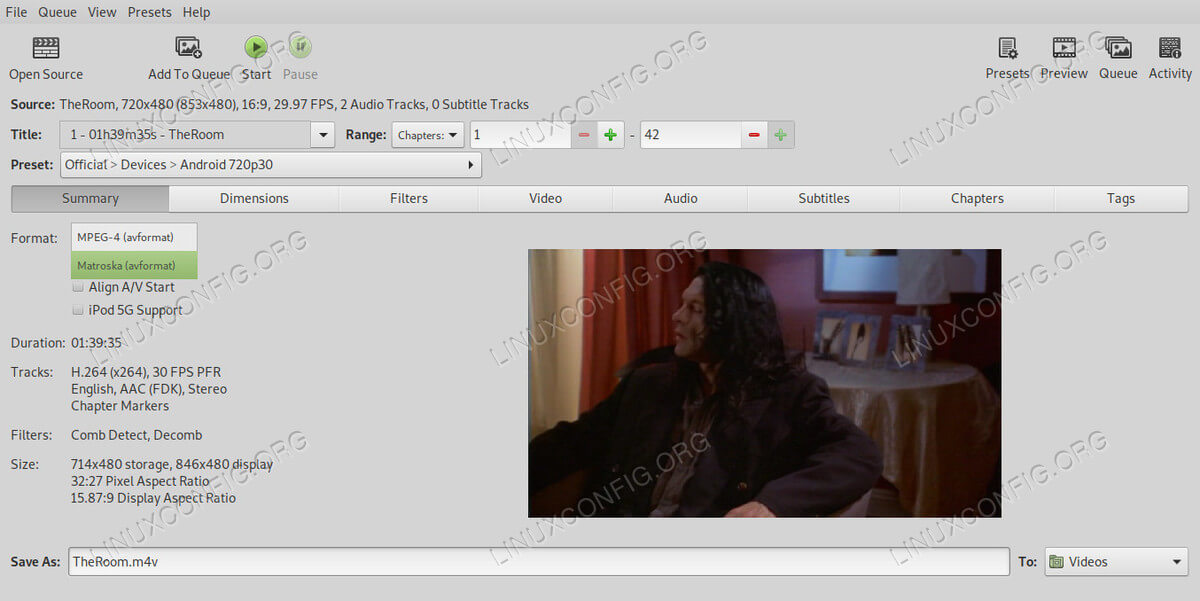 Once you have a preset, selected, you can choose the Format under the Summary tab. There are only two options, but that’s all you’ll need for most situations.

How to Convert a Video

Once you have everything selt up the way you want it. Choose an output location and file name at the bottom of the window.

If you want to convert multiple videos using the same settings, press Add To Queue at the top, and repeat the steps to get set up. Otherwise, just press Start to begin converting the file. When HandBrake finishes, it will display a message letting you know that it’s done.

Those are just the basics of what HandBrake can really do. Once you’re comfortable, don’t hesitate to play around and see what other settings it has to offer. You can even make your own presets. You also don’t need to worry about destroying your files because, unless you tell it to, HandBrake won’t overwrite the original.