How to convert binary number to decimal with python

Check out the script below to use it on your own system. 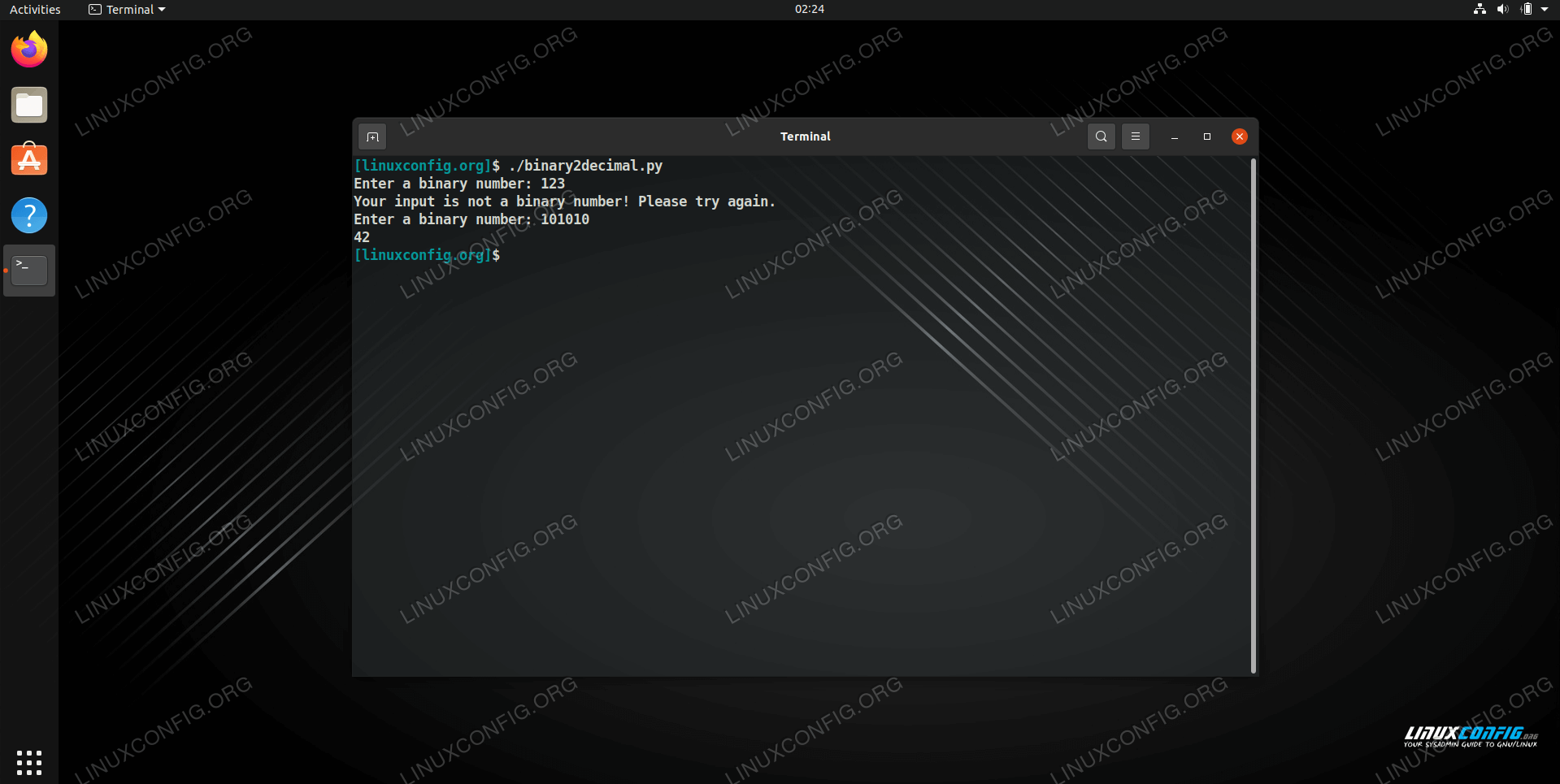 Converting a binary number to decimal via Python script in Linux

When you attempt to use casting to convert a variable type to integer, make sure that your variable input type is a string.

Without further ado, here is the Python script. Copy and paste the section below into a new file on your computer.

Save your script, for example with name binary2decimal.py, then make it executable and run the script:

Converting a binary number to decimal via Python script in Linux

That's all there is to it. Now you will have an easy time converting binary numbers to decimal integers with Python.