The objective of this guide is to show how to check what version of Kali Linux a system is running. This includes information such as the version number and what CPU architecture the system uses (i.e. 32 or 64 bit).

Kali is a rolling release, meaning that there are no full system upgrades. Rather, users just need to update all the packages on their system in order to upgrade to the latest version of Kali. With this in mind, it’s not as much of a concern to know if your system has fallen out of date or not, as updating it can be done entirely with apt package manager. We’ll show you how below. 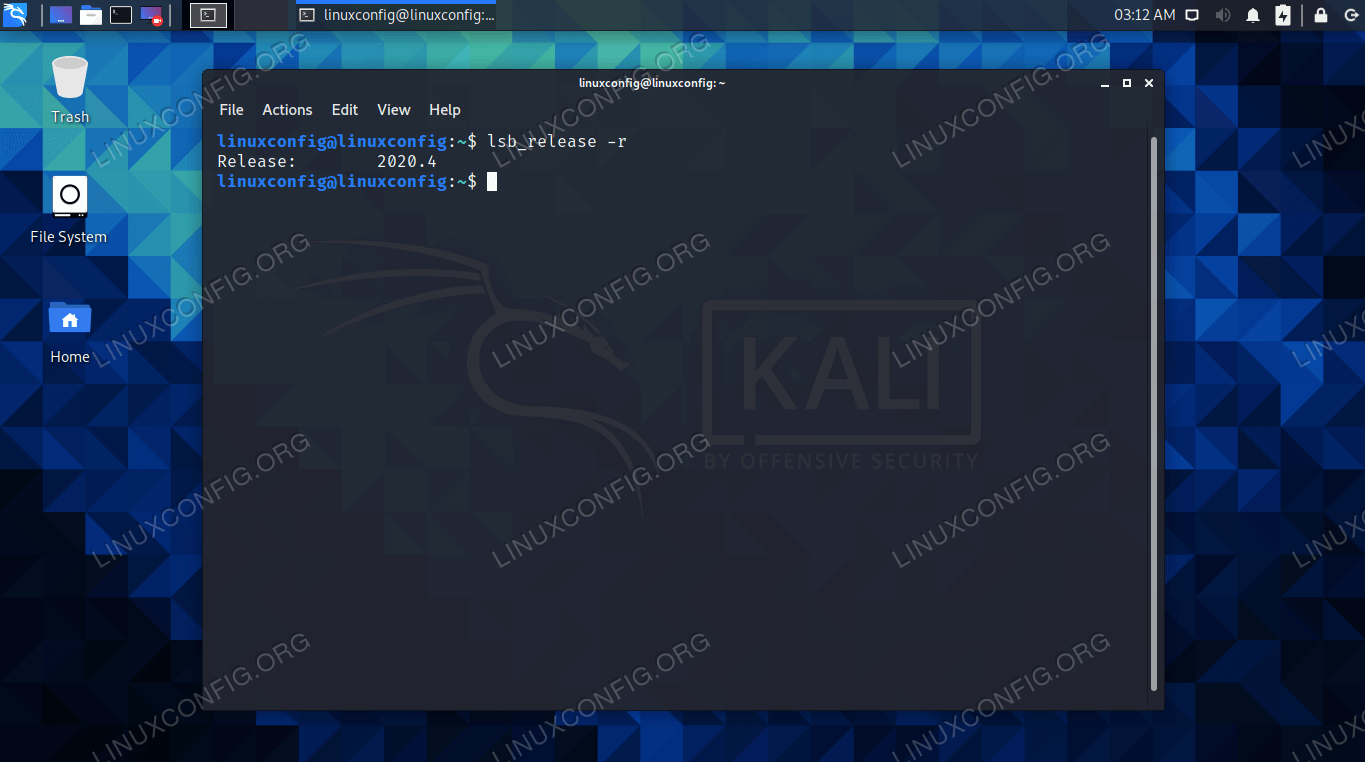 lsb_release command that shows what version of Kali is installed

We’ll be showing a few different commands that can be used to check the version of your system. Some of them reveal different information than others, but there’s also a lot of overlap between most of them. Pick whichever ones are most applicable for your situation. 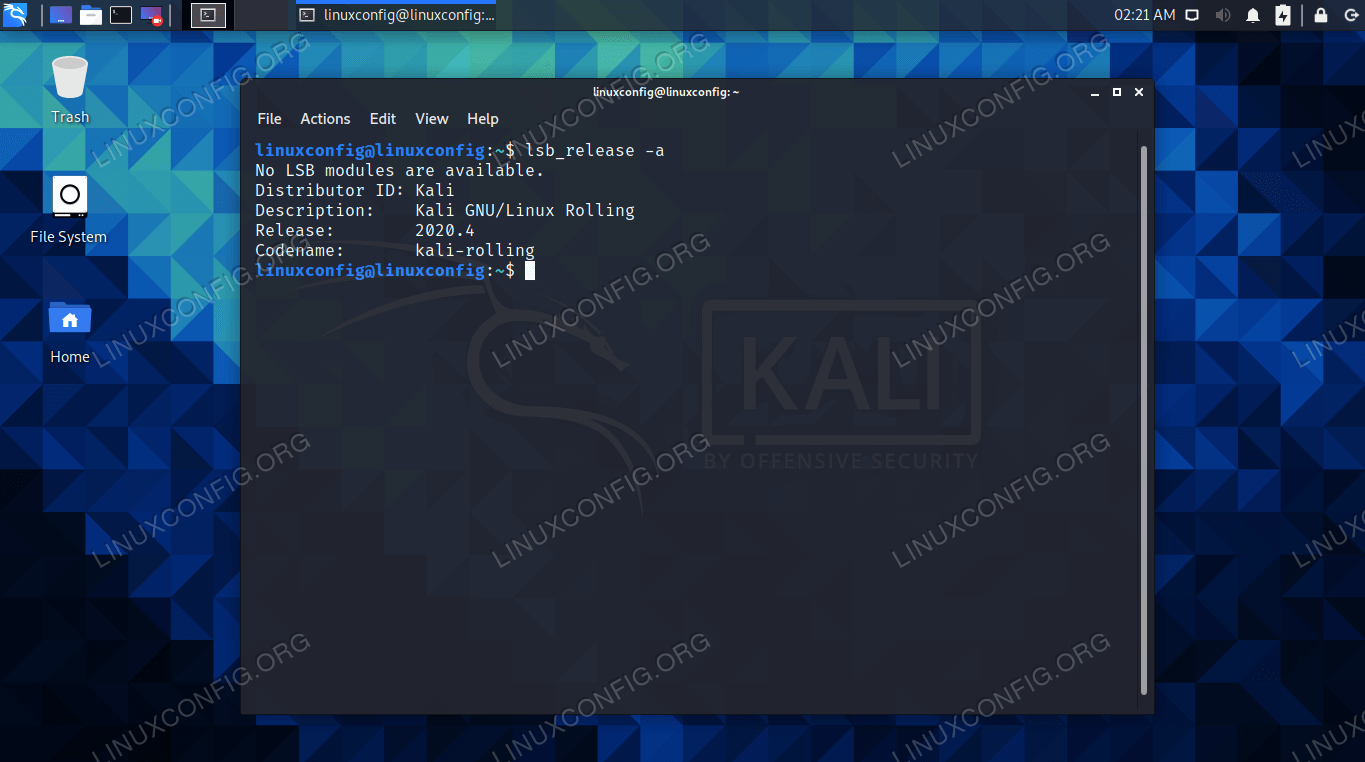 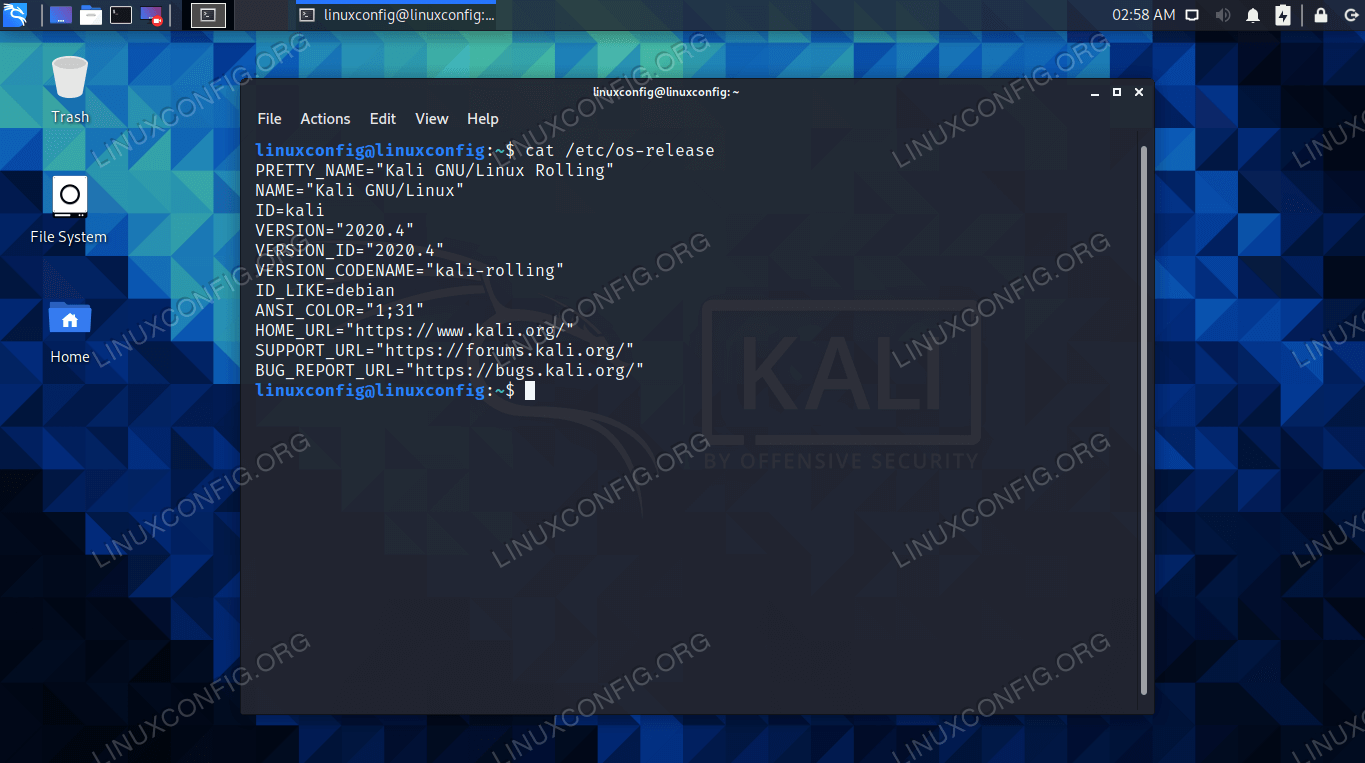 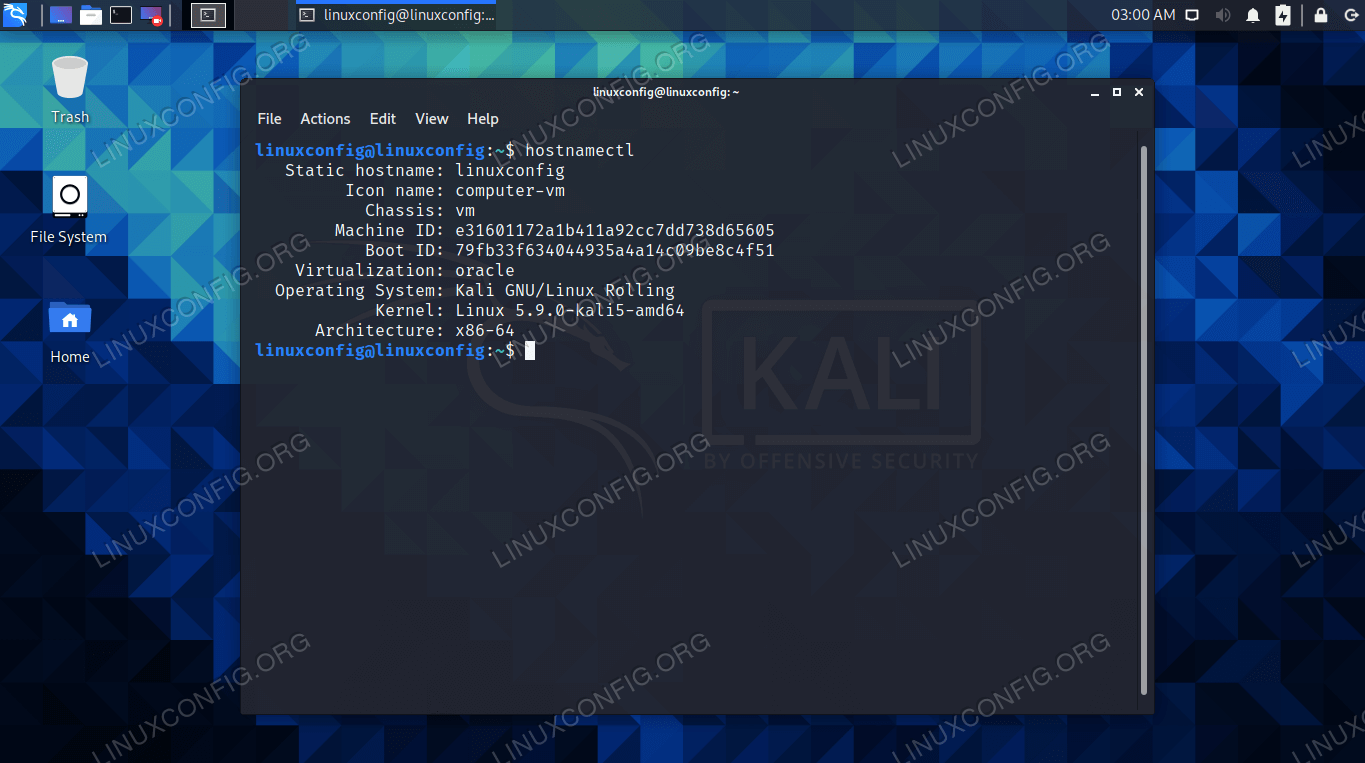 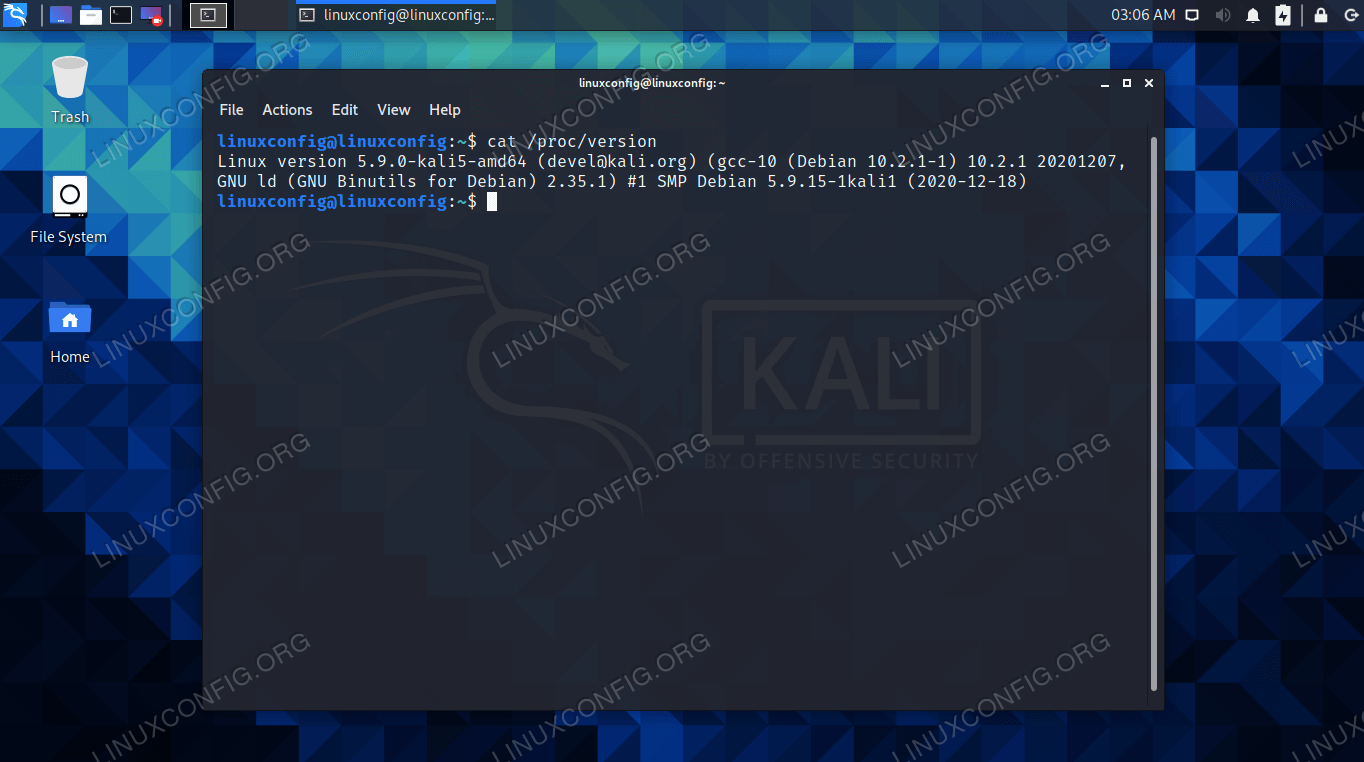 If you want to upgrade Kali to the latest version, you can run the commands below. For further explanation, check out our guide on updating Kali Linux.

In this guide, we saw how to check what version of Kali Linux is installed on a system. The lsb_release -a or lsb_release -r commands end up being the simplest ways to get this information, although we also covered more commands that reveal helpful information about the system, such as kernel version and CPU architecture.